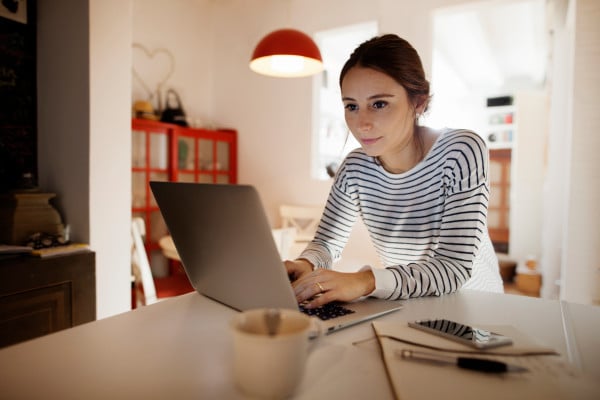 Want to pitch a venture capitalist? You’ll need a “warm introduction” first. At least that’s what most in the business will advise.

Find a person, typically a man, who made the VC you’re interested in pitching a whole bunch of money at some point and have them introduce you. Why? Because VCs love people who’ve made them money; naturally, they’ll be willing to hear you out if you’ve got at least one money maker on your side.

There’s a big problem with that cycle. Not all entrepreneurs are friendly with millionaires and not all entrepreneurs, especially those based outside Silicon Valley or from underrepresented backgrounds, have anyone in their network to provide them that coveted intro.

Jane.VC, a new venture fund based out of Cleveland and London wants entrepreneurs to cold email them. Send them your pitch, no wealthy or successful intermediary necessary. The fund, which has so far raised $2 million to invest between $25,000 and $150,000 in early-stage female-founded companies across industries, is scrapping the opaque, inaccessible model of VC that’s been less than favorable toward women.

“We like to say that Jane.VC is venture for every woman,” the firm’s co-founder Jennifer Neundorfer told TechCrunch.

Neundorfer, who previously founded and led an accelerator for Midwest startups called Flashstarts after stints at 21st Century Fox and YouTube, partnered with her former Stanford business school classmate Maren Bannon, the former chief executive officer and co-founder of LittleLane. So far, they’ve backed insurtech company Proformex and Hatch Apps, an enterprise software startup that makes it easier for companies to create and distribute mobile and web apps.

“We are going to shoot them straight”

Jane.VC, like many members of the next generation of venture capital funds, is bucking the idea that the best founders can only be found in Silicon Valley. Instead, the firm is going global and operating under the philosophy that a system of radical transparency and honesty will pay off.

“Let’s be efficient with an entrepreneur’s time and say no if it’s not a hit,” Neundorfer said. “I’ve been on the opposite end of that coaching. So many entrepreneurs think a VC is interested and they aren’t. An entrepreneur’s time is so valuable and we want to protect that. We are going to shoot them straight.”

Though Jane.VC plans to invest across the globe, the firm isn’t turning its back on Bay Area founders. Neundorfer and Bannon will leverage their Silicon Valley network and work with an investment committee of nine women based throughout the U.S. to source deals.

“We are women that have raised money and have been through the ups and downs of raising money in what is a very male-dominated world,” Neundorfer added. “We believe that investing in women is not only the right thing to do but that you can make a lot of money doing it.”