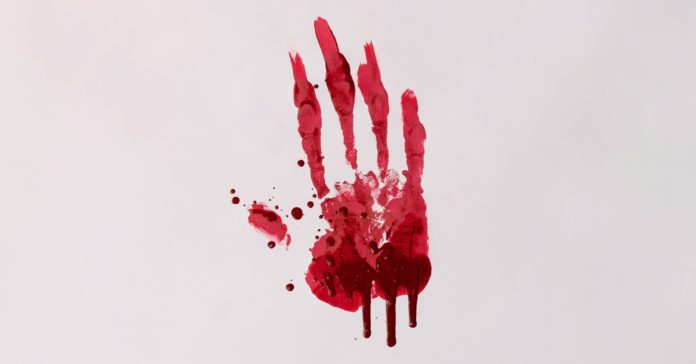 The internet is oozing (dripping? spurting?) with recipes for fake blood, but to get the exact color and consistency your Halloween costume calls for—be it bright and wet or dark and crusty—your best bet is to brew your own bloody concoction.

To do it, it helps to know the properties of blood that you’re approximating and the non-biohazardous ingredients you can use to imitate them. Achieving your desired effect is as simple as balancing the quantities of a few basic elements: Water and syrups, to achieve the right runniness; colored dyes, to reproduce blood’s various colors; and a thickening agent, like flour or cornstarch, to mimic opacity and clotting. It might take some trial and error, but paying attention to a few gory details can produce one wicked batch of bespoke blood.

Real Blood’s Thick—But Not Too Thick

You want your fake blood to have that real-blood feel. The consistency of the authentic stuff varies according to things like its concentration of red blood cells (higher = thicker) and temperature (warmer = thinner). Generally speaking, though, the blood coursing through your veins—and, by extension, anything freshly spilt—has a viscosity between 3 and 5 times that of water. That’s why a lot of fake-blood recipes call for some kind of syrup, like corn or chocolate.

But most syrups are actually far thicker than blood. In fact, few liquids match blood’s particular non-Newtonian consistency. To approximate it, you’ll need a mixture: Try starting with a cup of corn syrup and thinning it with water, mixing in a bit at a time til it reaches the texture you’re going for. If you overshoot and your blood runs a little too freely, just add some syrup.

Blood’s color fluctuates dramatically both inside and outside the body. The oxygenated stuff coursing through your arteries is bright red, while the deoxygenated blood in your veins can be so dark as to look almost purple. (If you’ve ever donated blood, the technician probably tapped into one of your veins—hence your bagged blood’s plummy hue.)

By the same logic, a few drops of blood on a white t-shirt, readily oxygenated in the open air, will appear a stunning crimson, whereas large volumes of the stuff glugging from a severed limb will look considerably darker. Forensic scientists studying pools of blood have found they change color from dark red to lighter red as they coagulate, only to darken to a brownish black as they dry completely.

Use food coloring to home in on the color you’re going for. Use red dye for your base, and small quantities of blue or green to darken things up. Careful with your quantities here. The red you can add a lot of, but the cooler colors go a long way—try adding those a drop at a time.

In essence, blood starts to thicken the second it’s exposed to air. Clotting factors in the blood give rise to fibrin molecules, which polymerize and combine with platelets to produce a gelatinous mass with a consistency not unlike egg whites. (In fact, the whites of eggs have been proposed as surrogates for blood clots in medical research.) After that it proceeds to dry up, cracking and flaking as it surrenders more and more moisture.

Blood’s creepy phase changes might be the hardest thing to reproduce in your blender at home, but thickening agents—like all-purpose flour and cornstarch—can help you dial in a more believable consistency. (Plus, they have the added benefit of making your homebrew blood less see-through and more opaque like the real thing.) If you’re adding to the cup of corn syrup that you started with, try adding your thickening agent one teaspoon at a time.

Continue varying your proportions of water, syrup, dye, and flour until you’ve produced a batch of blood in just the style you want. Don’t be afraid to experiment: Try a few different formulations. Use dark corn syrup, or chocolate syrup, instead of the clear stuff, for a darker base mixture. Just remember: Like the real thing, fake blood has a tendency to stain. So wear an apron and keep your blender’s lid on—unless you want your kitchen to look like a crime scene.