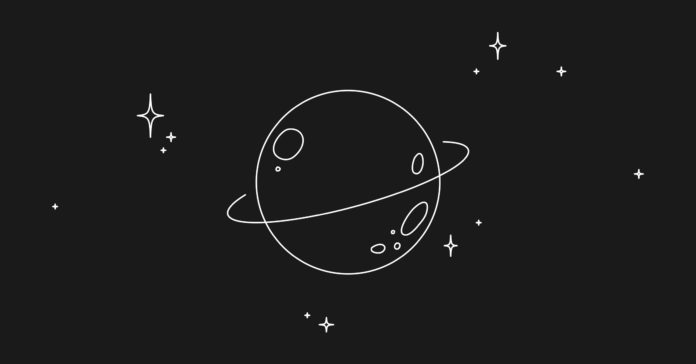 A long time ago, a star we now call the sun ignited. It did not consume all the material available in its gestational cloud; the leftover gas and dust swirled around it like a ballroom dancer’s skirt. The dusty leftovers started to coalesce in some spots, forming larger rocky objects. After millions of years, the leftovers became the eight known planets, with a few crumbs remaining in the asteroid belt and in the distant Kuiper belt.

Something similar happened around countless other suns, the vast majority of which are thought to have planets. Astronomers are trying to figure out how exactly the planetary formation process happens and how long it takes, partly by studying how much material exists in planets now, and how much there would need to have been in the disks of dust from which they were forged. But their cosmic accounting is not adding up.

A new research paper suggests that planets may be forming in ways beyond our understanding. In system after system, planets are much larger than the universe’s biggest star-skirts. This seems to defy math, or at least reason; planets shouldn’t be larger than the stuff they’re made from.

The authors behind the new paper set out to compare the masses of hundreds of exoplanets and protoplanetary disks, where baby planets are being forged. They compared planet catalogs and disk measurements compiled by the world’s most powerful radio telescope and found the planet masses were much bigger than the disk masses.

The authors suggest one of two things could be happening: There could be material in the disks that we can’t see, or disks are somehow replenished of planet-building stuff from beyond the star. Either option would challenge the present planet-making paradigm.

The best telescope for studying the dust and gas in a protoplanetary disk is the Atacama Large Millimeter/submillimeter Array (ALMA), a flock of radio antennas in Chile’s high desert. The telescope has an unusual attribute: It can see objects up to about a millimeter across, but anything bigger than a pebble is essentially invisible. Maybe that’s why the disks seem too small, according to the new study. If planets, or at least the cores of planets, are forming earlier than we expected, they could effectively hide some of the disk’s mass from ALMA’s view.

“If you form the planetary cores very, very rapidly, in less than one million years,” said Carlo Manara, an astronomer at the European Southern Observatory in Garching, Germany, who led the study, “you can put a lot of mass there, and you can form the building blocks of planets very early.” The mass may not be missing; we just might be missing it.

For many years, astronomers have imagined that planets form when large objects slowly collide, melt and recombine into something new. But this process takes a long time. We know Earth took several million years to form, for instance.

But astronomers increasingly think planet-building on a million-year time scale is reasonable, said Konstantin Batygin, an astrophysicist at the California Institute of Technology who studies planetary formation and was not involved in the new work.

“This is not some absurdly fast process. It’s not biblical. It’s not seven days, and it’s not six thousand years. It’s a million years,” he said. “A lot of things can happen in one million orbits.”

A relatively new, well-liked theory called pebble accretion offers a way. In this theory, many tiny pebbles and dust grains quickly glom on to larger objects, suggesting planets can grow faster when they grow by small degrees. Batygin said much of planetary formation research is headed in this direction, and Manara’s new study points the same way.

In addition, the young star HL Tauri has provided strong circumstantial evidence that this might be happening. HL Tauri has a protoplanetary disk surrounded by multiple concentric rings. Many astronomers think that the rings have been carved by planets. If so, those planets had to form really fast, because the star may only be about 100,000 years old.

“It’s very important, in that it makes the case for early planet formation that much more compelling,” Batygin said.

But Manara isn’t sure that rapid planet-building solves the original conundrum. He offers another unusual possibility: Stars might pull in material from far outside their own disks, blending in new ingredients.

A star is born inside a diffuse nebula called a molecular cloud. But it doesn’t use everything in the cloud. It’s possible some leftovers stick around long enough for planets to use them later. Think of making fresh pasta, slowly adding small amounts of flour to a wet, eggy center. If this is the case, the total amount of material available to make planets exceeds the amount that ALMA, or any astronomer, would see in a given snapshot.

The dusty disk swirling around HL Tauri features many bright rings. Astronomers believe that the gaps between the rings are being carved out by nascent planets.

Again, HL Tauri offers an example. In research published last year, Hsi-Wei Yen at ESO in Garching and colleagues described two arcing filaments of gas connected to HL Tauri’s central disk. One appears to be streaming toward our perspective on Earth, and the other stretches away from us. The authors couldn’t tell if the gas was streaming in or out, but its presence suggests either scenario is at least possible.

“Stars are born in clusters; it’s not as though they form alone. But that’s how a lot of planetary formation theories are designed, with stars being isolated from their cosmic environment,” Batygin said. “But generally, star formation environments are really dynamic. You have young, massive stars being constantly born and blowing up into supernovae. There is all this stuff happening.” Such dynamic environments could also help sift dust and gas into protoplanetary disks.

“If the disk ring can help you recycle some of this material and put it back into the disk, that will greatly enhance planetary formation,” said Ruobing Dong, an astronomer at the University of Victoria who was not involved in the new work.

Other researchers have argued the disk-mass conundrum is a fault of measurement. ALMA is a radio interferometer, meaning it has many radio dishes that work in concert to observe very long wavelengths of light. This allows ALMA to see small particles, like the dust swaddling a young star. But astronomers have to make some assumptions about its observations to work out the mass of an object. It’s possible they are doing it wrong, and there’s more dust than meets ALMA’s eyes.

Manara acknowledges this argument, but says even if measurements are significantly off, it’s not enough to explain the discrepancy. “Of the two possibilities that we came up with, I think in the end, the real idea might be that there is truth in both of them,” he said. “The important things happen very early, and the environment helps.”