Here&#039;s What Astronauts See When a Rocket Aborts Mid-Flight 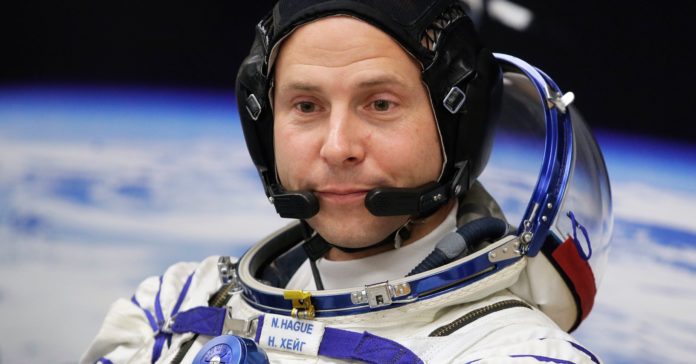 Nick Hague spent 20 years dreaming of getting into space, first as an Air Force test pilot, then as a NASA astronaut since 2013. He got his big chance to blast into orbit last Friday aboard a Soyuz spacecraft launching from Russia’s Baikonur Cosmodrome in Kazakhstan.

Hague and Russian cosmonaut Aleksey Ovchinin were expecting a routine six-hour flight to the International Space Station, but two minutes after liftoff, something went wrong. The crew capsule where they were sitting started shaking as the massive booster failed to separate properly from the rocket’s upper stage.

“It went from normal to something was wrong pretty quick,” Hague said during his first interview about the event broadcast this morning on NASA’s Facebook page. “The first thing I noticed was being shaken fairly violently side to side. Then there was an alarm in the capsule and a light. I knew once I saw the light that we had an emergency with the boosters.”

The Soyuz MS-10 capsule deployed an emergency abort system that blasted the capsule away from the booster, sending Hague and Ovchinin to safety. “At that point I knew we weren’t going to make it to orbit,” Hague said. “The mission changed to getting back to the ground as safely as we could.”

The escape velocity resulted in forces of nearly 7 times gravity, more than the normal 5g that astronauts feel during a normal launch. Then, as the capsule reached its highest point above ground, Hague witnessed the blackness of outer space and the curvature of the Earth through a porthole. Objects in the capsule began floating during a few seconds of weightlessness.

“I looked out the window and I realized that I got close,” Hague said.

The 34-minute drop back down was relatively uneventful. The capsule’s parachutes deployed and the craft landed in Kazakhstan, where search-and-rescue crews quickly picked up the team. “The first moment that I was able to take a deep breath was after we came to a skidding stop in the capsule and my window was 12 inches from the dirt,” Hague said, “and I realized just how lucky we were.”

Hague gave credit to the thousands of engineers and controllers who put the emergency systems in place. “I’m thankful they did their job,” he said. “That helped temper the disappointment of not being on the station right now. I’d much rather be there, but I’m super thankful that I’m alive and kicking today.”

Hague said he didn’t know if or when he would fly again. He’s currently on leave in Houston before returning to NASA next week. The head of Russia’s state space corporation, Dmitry Rogozin, tweeted on Saturday that he expects both Hague and Ovchinin to head to space in the spring of 2019. Russian officials are also investigating a strange drill hole in a different Soyuz capsule, this one docked at the ISS, though NASA administrator Jim Bridenstine said that he expects the Soyuz mission to resume after a joint US-Russian investigation is complete. Three astronauts remain on board the space station. NASA officials haven’t said whether they will return when their scheduled mission is complete in December.

Friday’s incident was the first time in 35 years that a crewed Soyuz flight failed after liftoff. Hague and Ovchinin were both scheduled to perform a spacewalk and 300 science experiments during their six-month stay on the space station. When Hague returned from Russia back to NASA’s Johnson Space Center in Houston, he said he was hugged by his fellow astronauts, but also ribbed to try harder next time.