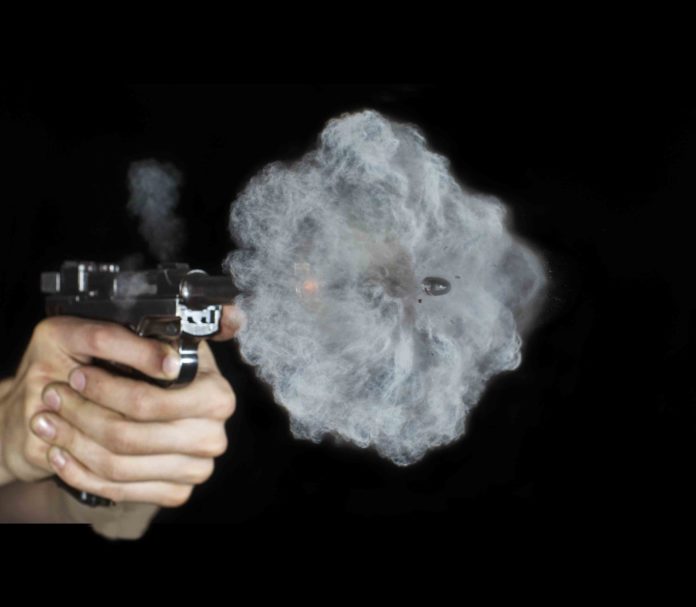 Shots rang out across a Phoenix apartment complex one cool desert night last December. A patrolman arrived to investigate. Cleophus Cooksey Jr., 36, answered his knock at the door — covered in blood. His mom and stepdad were dead inside. Within just days (short work for crime-solving), detectives discovered that distinct markings on the bullets from the apartment matched others from violent crime scenes across the Phoenix area. Cooksey’s guns ultimately tied him to nine gruesome murders that had occurred over a three-week period.

The quick analysis came thanks to a new digital technique for comparing the markings on bullets. It’s a long-awaited technological update that removes subjective human interpretation and — once widely adopted — could revolutionize solving violent crimes.

Forensic scientists around the world currently rely on a roughly 100-year-old tool called a comparison microscope, which offers a split view to study two objects at once. The technique works for ballistics analysis because ammo metal is soft, while the metal in a gun’s barrel is hard. This leaves bullets scraped, scratched and nicked as they’re loaded and then fired. Two bullets with the same characteristic markings likely came from the same gun, tying weapons (and their owners) to crime scenes.

For many decades after Goddard looked at those bullets close up, things changed little, with few advancements. Meanwhile, the technique became nearly universally used: American investigators now collect hundreds of thousands of cartridge cases at crime scenes every year. And even local labs can afford a comparison microscope to run analyses. Yet this analysis is still based on opinions, albeit those of experts in police crime labs.

Robert Thompson, a 30-year veteran forensic scientist who works at the National Institute of Standards and Technology (NIST), compares modern ballistics to a doctor diagnosing a patient with the flu — he can check common symptoms to reach a diagnosis. “That is still subjective,” he says. Without testing, the doctor can’t offer odds that his diagnosis is right.

A 2009 National Research Council report — created at the direction of Congress with authors including leading judges, medical examiners and forensic experts — found troubling problems with the way we evaluate criminal evidence overall. Major crime labs had shut down over unacceptable error rates. And in one case, a judge ruled ballistic evidence couldn’t be called scientific in court. The forensic science system, they discovered, often lacked scientific rigor and uniform standards. It needed an overhaul.

Since then, NIST scientists have worked on a match-making method for the modern era. It relies on modern 3D imaging and computer analysis.

A team that includes Thompson, led by NIST forensic scientist John Song, recently revealed the start of a technique that moves the field into the 21st century. They begin by taking a 3D image of the crime scene bullet. Then they test fire the suspected gun and scan those casings, too. Each becomes a three-dimensional virtual object that lets algorithms mimic and compare surfaces.

Their big breakthrough came from an algorithm that automatically divides the bullet or casing into small sections of interest, discarding regions that aren’t useful. Then the program assigns a numerical score to every match. It’s designed as a universal method to augment the existing one, adding numerical precision to a system that relies on “eyeballing” the evidence.

“In every measurement there is a degree of doubt, and what we’re doing is measuring [that],” says Thompson. “It’s not a simple matter.” The team has scanned thousands of cartridge cases to amass a dataset big enough to gauge the likelihood that more than one gun could produce identical marks on casings. Other forensic scientists are creating similar databases.

And the 3D images reveal more detail than an examiner could see under a microscope, helping find criminals and secure convictions. The technique could one day help other contact-based evidence like shoeprints and fingerprints. It also could someday create much faster ballistic comparisons, letting detectives connect violent crimes by simply scanning bullets and asking the computer to find a match — be it the gun of a potential serial killer in Phoenix, a mob boss in Chicago or just a petty crook in Anytown, USA.