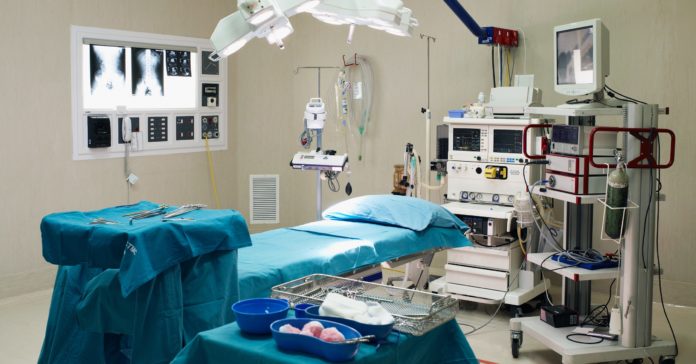 Early last spring, as flu season hit its peak, a woman checked into a Houston hospital with all the familiar symptoms: fever, headache, a grating cough. A chest x-ray revealed an infection engulfing her lungs. Doctors hooked her up to an antibiotic drip, collected blood to be processed and cultured in the hospital’s lab, and shipped one of the tubes overnight to a small, stealthy startup in Redwood City, California, called Karius.

The next day, the company analyzed the centrifuged sample—a mish-mash of free-floating DNA fragments from the patient and whatever microbes happened to be in her body at the time. One surprising string of genetic code kept showing up, over and over. It belonged to a tropics-loving bacterium that typically lives in the bowels of fleas and causes typhus in rats: Rickettsia typhi.

Once thought to be eradicated from the US, typhus is starting to make a comeback in Texas, spread by the common fleas found on dogs and cats. The right antibiotics will clear up the infection, but if left untreated, typhus can lead to organ failure and even death. That’s why the state requires doctors to report cases to local health departments whenever they come across one. Problem is, R. typhi, like many pathogens, can’t be cultured. It refuses to grow outside the warm, moist environment of a human lung or a flea butt. So the lab test wouldn’t have picked it up.

That’s one of the reasons hospitals are beginning to turn to genetic sequencing services like those offered by Karius to identify the pathogens making patients sick. These DNA tests can deliver results much faster than traditional lab methods. And as the burgeoning field of sequencing everything that comes out of your body (blood! poop! pee! spit!) matures, companies and products are promising to make the technology more widely accessible. Their goal? To replace all the shaking, smelling, and staining that doctors have relied on for centuries with diagnoses written in genetic code.

“This is pretty bleeding-edge stuff,” says Joel Dudley, director of Mount Sinai’s Institute for Next Generation Healthcare. For one thing, if scientists want to use sequencing and software to identify any microbe—bacteria, virus, fungus, parasite—from DNA alone, they first need to build up massive genetic databases that evolve as the bugs do. “We’re just beginning to get data sets big enough to have clinical utility. So there’s still work to be done. But it’s a very promising approach for getting diagnoses more quickly.”

These tests theoretically benefit everyone, not just patients. That’s because lab tests require nurturing bacteria in a warm salt-sugar bath for days. In the meantime, doctors routinely start patients on a carpet-bombing course of broad-spectrum antibiotics. It’s a practical necessity that saves lives, but it’s simultaneously fueling a dangerous rise in antibiotic resistance. (Drug-resistant infections kill 23,000 people in the US each year.) “The pharma industry worked so hard to brew all these great therapies, but we don’t know which ones to use,” says Karius cofounder and CEO Mickey Kertesz. “If we can cover a broad range of microbes in a single test, then we can look at everything at once and only treat what shows up. That would be a huge paradigm shift from how doctors currently think.”

Specifically, Kertesz means infectious disease docs. Other fields, like oncology, have already begun the transition to precision medicine. For certain cancers it’s become routine to send tumor tissue in for DNA testing so that patients can get treatments targeted to their unique mutations. A pack of well-financed Silicon Valley startups are pursuing an even more tempting possibility: cheap cancer screening from a blood draw. Liquid biopsies rely on the ability to measure infinitesimal amounts of DNA shed from tumors into the bloodstream. It’s the same tech that powers tests like Karius’s.

“It’s based on the idea that infections anywhere in your body are leaving traces of their genomic material behind,” says Karius cofounder and chief scientific officer Tim Blauwkamp. He and Kertesz both previously worked as postdocs in the Stanford lab of Steve Quake, the trailblazing bioengineer whose work developing diagnostic blood tests has caught the eye of folks like Bill Gates and Mark Zuckerberg.

Quake is on the Karius scientific advisory board, along with Cornell geneticist Chris Mason. Mason is notorious for his microbial mapping project of New York’s subway system, along with his work on the NASA twin study and his “500-year plan” for space colonization, which includes modifying microbes to protect astronauts from deadly cosmic rays. He also founded another sequencing company, Biotia, focused on preventing hospital-acquired infections.

Earlier this month Biotia began a year-long project with Bumrungrad International, the largest private hospital in Southeast Asia. Mason and his team flew to Bangkok with bags packed full of portable hand-held sequencing machines to set up one of the first programs in the world for onsite sequencing to help control hospital-acquired infections. After a successful pilot mapping out some of the hospital’s pathogenic hot spots, Biotia will now test its technology on urine samples from 1,000 of the hospital’s patients, comparing it to the gold standard culturing protocols. If they can minimize infections acquired in hospitals, then it would bolster the case for sequencing to become standard clinical practice.

Not everyone is sure the tech is hospital-ready. “There’s an underlying problem with these approaches, which is that in the environment—be it a blood sample or a bedpan—there’s a lot of dead DNA,” says Jack Gilbert, director of the University of Chicago’s Microbiome Center, and one of the leaders of an ambitious effort to map the microbiome of planet Earth. He worries that the science isn’t mature enough yet to rely on for making life-or-death patient decisions. Tests like Karius’ and Biotia’s can tell doctors the relative abundance of one bug over others, but there might be many pathogens wandering around the blood at any given time, and only one is the culprit. “Just because I can tell you what DNA is present doesn’t mean I can identify the specific risks to a population or an individual patient.”

A third company, CosmosID, hopes to change the minds of skeptics like Gilbert. Founded a decade ago by molecular biologist Rita Colwell, a former director of the National Science Foundation, CosmosID has mostly been in the surveillance business; it has a contract with the US Food and Drug Administration to monitor foodborne illness outbreaks. But it has plans to soon launch its own rapid diagnostics test for infectious disease. “We’re hearing from doctors that they really want more absolute quantification,” says CosmosID CEO Manoj Dadlani. “We haven’t introduced an answer yet on that, but we’re working on it.”

For now, each of these three companies expect their tests to be used only for cases that aren’t diagnosable by traditional methods or as a last-ditch effort to solve medical mysteries. They’re still too expensive—Karius’ test runs a hefty $2,000—to be the first test doctors reach for. But as sequencing costs continue to drop, genetic databases get bigger, and more research proves that they are accurate, tests that probe the microbial bread crumbs left behind in your bodily fluids will start doing a lot more than identifying a typhus outbreak in Texas.