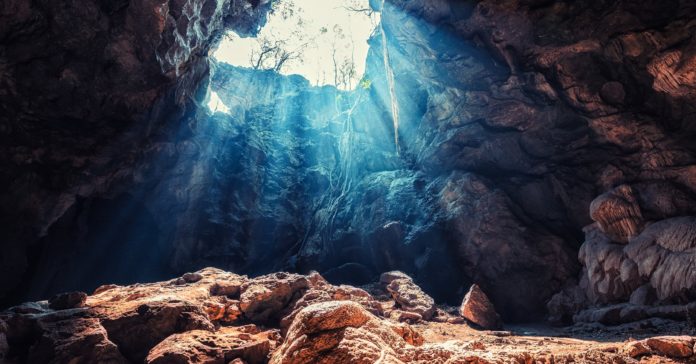 On Thursday, Darpa gathered roboticists in the Louisville Mega Cavern, in Kentucky, and gave them a mission: Design robots to navigate a grueling subterranean course of tunnels and caves, some of the most unforgiving environments on Earth. They’re calling it the Subterranean Challenge, but you may as well call it the Death to All Robots Challenge.

This event, which will begin next year, is a fundamentally different Darpa beast than the Darpa beasts that came before it. First the advanced tech agency ran the Grand Challenge, a desert race between autonomous vehicles that helped jumpstart the self-driving car revolution. Then it oversaw the Robotics Challenge, in which humanoid robots tried to open doors and drive carts, but mostly fell on their faces. The technical challenges with both were monumental, but the environments were relatively tame. Going underground, the robots in the Subterranean Challenge will face a particular kind of hell.

Darpa will split this new competition into three circuits, each presenting the teams with fresh headaches. There’s the tunnel environment, a mess of passageways. And a cave environment, with crags and slopes and tight squeezes. And a bunker-like environment, which will be the most “structured,” or predictable, environment the robots will encounter. Still, that means the bots will have to flourish in an area optimized for human dexterity, perhaps including climbing stairs.

Teams (including participants from Carnegie Mellon, NASA’s Jet Propulsion Lab, and Caltech) will tackle each circuit about six months apart, beginning with the tunnel circuit in August of next year. They’ll get multiple runs in each environment, and use their highest score. Then in August 2021, teams will gather to tackle the final event, a sort of mashup of the three different environments.

The central test for these teams will be whether their robots will be flexible enough to bounce between caves and tunnels and urban structures. “You may be a great swimmer but not a great runner or cyclist, but when you put them all together, it’s how you can handle all three of those events that allow you to cross the finish line,” Timothy Chung, program manager at Darpa, said at the event.

Scoring will revolve around objects of interest, what Darpa calls “artifacts.” These will be scattered throughout the subterranean environments, and will include survivors, radios, cell phones, and valves, as well as more nebulous artifacts like oxygen levels. The idea is for a team to detect and locate them as quickly as possible. The faster you do it, the more points you get.

It will be a sensory mess. Regular old vision works for most artifacts, save for oxygen detection, but what if you lose your light source? Lidar might help you map an environment with lasers in 3-D, but it won’t help you find small objects like phones very well.

But then again, multiple sensors mean redundant systems. When looking for survivors, for instance, you might manage with a thermal camera or even microphones, so if one method goes kaput, you’ve got backup. Traditional vision will help you find ingress and egress points, but so too could lidar. The challenge will be for teams to not only choose the right sensors, but to keep them all operating without overloading their systems and draining batteries.

Adding to the challenge will be the brutality of the environment itself. Beyond the relentless darkness, robots will have to tangle with particulates, mud, vertical shafts (yeah, watch out for that one), and tight squeezes. It’s gonna be dirty, which will no doubt wreak havoc on sensors. Hell, it’s hard to even get a robot to work in a humid greenhouse without its sensors giving up. Caves can be humid, too, not to mention water might be dripping from the ceiling.

Because the underground environment will be so diverse, expect the robots that these teams dream up to be the same. Perhaps a soft robot that grows like a vine would be good for fitting into tight spaces in the cave, while a drone could map more cavernous spaces. Different machines could work in concert—a drone might tether to a tank-like or even quadruped robot, drawing on a bigger battery and gaining a bit of stability.

Whatever the method, the key will be autonomy: There’s no GPS down there, and Wi-Fi communication will only work for a certain distance. Tethering your robot to home base will be tough given the ruggedness of the environment. An alternative might be for teams to use small “relay” robots that ferry signals between the lead robot and the team’s control center, so operators can monitor progress.

Darpa is letting the competitors run wild with their ideas. Want to try your hand at swarm robotics, flooding the environment with lots of tiny machines? Have at it, but beware the overhead. “The logistics of deploying a thousand robots means there’s somebody in the staging area or the pit crew managing those thousands of robots,” says Darpa’s Chung.

If machines can learn to navigate the subterranean doom, roboticists can get closer to helping first responders. As we learned this summer with the Thai cave crisis, rescue operations are still very much a human affair (no matter what Elon Musk and his “not practical” robot will tell you). Beyond caves, New York City alone has hundreds of miles of subway and car tunnels where people can get trapped in an emergency. If there’s smoke or a gas leak, first responders would do well to send a robot in first to scout around.

Because this is Darpa we’re talking about, military applications will also be top of mind—for example, scouting after enemies hiding in tunnels or caves. “I want all you brilliant people out here to think about what happens when the person who’s in the underground doesn’t want me to go in, and what’s he going to do to make my life miserable,” Bob Hastie, a senior technical advisor at the DoD’s Defense Threat Reduction Agency, said at the event. “I want all of you to think about having a Dr. Evil on your team.”