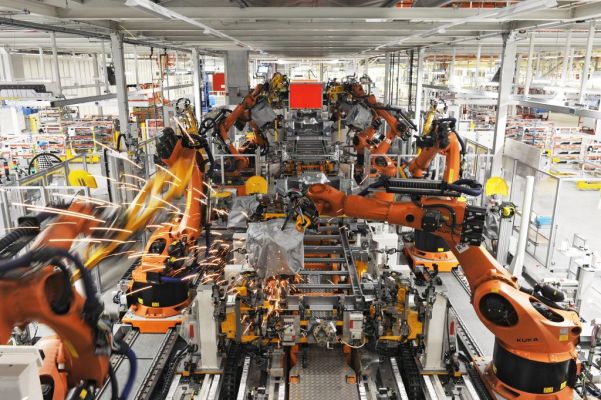 Robotics has had a role in manufacturing since the 1970s, but even today they are aren’t often driven by the latest software. Bright Machines, a San Francisco startup wants to change that and it got a whopping $179 million Series A today to get this thing going. While it was at it, it also officially launched the company.

The startup wants to bring a software-driven approach to robotics, one that would let you take dumb robotics and program it in a more automated fashion to perform a set of tasks, taking advantage of artificial intelligence and machine learning in ways that they say most manufacturing companies simply aren’t equipped to handle right now.

This is clearly not your typical Series A and Bright Machines does not appear to be a typical Series A company, feeling its way trying to get a product to market. Perhaps that’s because the company began life as incubated project inside Flex, a customized manufacturing company. It was then spun out as a startup called AutoLab AI and changed the name to Bright Machines today for the big company unveiling.

It already boast over 300 employees and brought in CEO, Armar Hanspal, who was most recently co-CEO at Autodesk to run the show. Former Autodesk CEO Carl Bass is a board member. Other board members include Mike McNamara, CEO of Flex and Steve Luszo, CEO of Seagate. Eclipse led the round.

What is attracting all of this money and talent to such a young company? Bright Machines is trying to solve a hard and expensive manufacturing problem. “We’re putting together the people, the tech stack and funding and other resources to go really go tackle this big under-served environment by bringing more automation and software to the factory floor,” CEO Hanspal told TechCrunch.

While he acknowledges we have seen a move toward automating the factor floor for decades, they are attacking an area that up until now has been underserved by robotics because the technology simply wasn’t ready to handle it. “What we’re doing that’s different is going from dumb, blind and costly robots to ones that are sensor rich, have computer vision, machine learning and are adaptable,” he said.

What’s more, they are bringing a subscription model to this approach, allowing customers to set up custom manufacturing lines on the fly with what they claim is much lower cost and fuss they faced with more traditional approaches.

They are taking on this sum of money so early because they believe it is a huge market and if they can attract the right talent, they can bring a substantive change to manufacturing that is lacking today. Time will tell if the bet pays off.

Legendary Haight Street Gets a New, Legal King of Weed

GizmoCrazed - May 12, 2019 0
This past Valentine’s Day, Shawn Richard stood before the San Francisco Planning Commission and made the case for why the board should let him...

Conserve the Sound is an archive of noises from old tape...