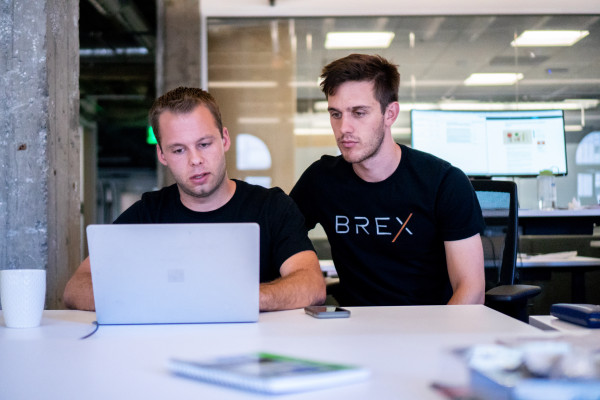 The billion-dollar company, which announced its $125 million Series C three weeks ago, has partnered with Amazon Web Services, WeWork, Instacart, Google Ads, SendGrid, Salesforce Essentials, Twilio, Zendesk, Caviar, HubSpot, Orrick, Snap, Clerky and DoorDash to give entrepreneurs the ability to accrue and spend points on services and products they use regularly.

Brex is lead by a pair of 22-year-old serial entrepreneurs who are well aware of the costs associated with building a startup. They’ve been carefully crafting Brex’s list of partners over the last year and say their cardholders will earn roughly 20 percent more rewards on Brex than from any competitor program.

“We didn’t want it to be something that everyone else was doing so we thought, what’s different about startups compared to traditional small businesses?” Brex co-founder and chief executive officer Henrique Dubugras told TechCrunch. “The biggest difference is where they spend money. Most credit card reward systems are designed for personal spend but startups spend a lot more on business.”

Companies that use Brex exclusively will receive 7x points on rideshare, 3x on restaurants, 3x on travel, 2x on recurring software and 1x on all other expenses with no cap on points earned. Brex carriers still using other corporate cards will receive just 1x points on all expenses.

Most corporate cards offer similar benefits for travel and restaurant expenses, but Brex is in a league of its own with the rideshare benefits its offering and especially with the recurring software (SalesForce, HubSpot, etc.) benefits.

San Francisco-based Brex has raised about $200 million to date from investors including Greenoaks Capital, DST Global and IVP.  At the time of its fundraise, the company told TechCrunch it planned to use its latest capital infusion to build out its rewards program, hire engineers and figure out how to grow the business’s client base beyond only tech startups.

“This is going to allow us to compete even more with Amex, Chase and the big banks,” Dubugras said.