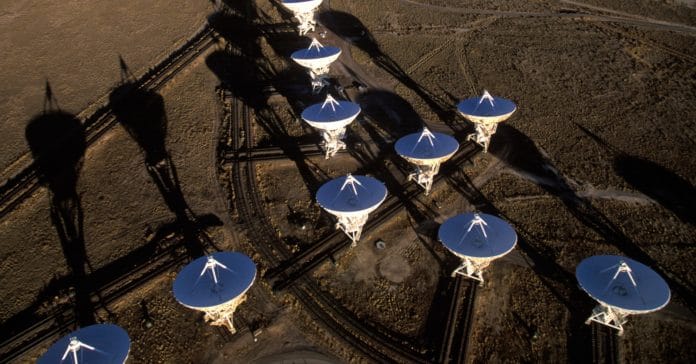 In May 2015, S. Joshua Swamidass, a computational biologist at Washington University in St. Louis, received a curious email: would he like to try advising a theological seminary? The note was from the American Association for the Advancement of Science, a nonprofit organization that was spinning up a program to send scientists into religious institutions. The organizers had come across an essay he had written, and thought he could help.

Published in the Wall Street Journal, that essay had criticized Florida Senator Marco Rubio for claiming that the age of the Earth was “one of the great mysteries.” Identifying himself as a “Christian and career scientist,” Swamidass wrote that scientists were in agreement on the planet’s age—about 4.5 billion years old—and that accepting it didn’t violate any core Christian belief.

The AAAS had begun to wrestle with how they could address the country’s intensifying science-religion divide. The non-profit organization had become attuned to the fact that some Christians—and especially evangelicals—often went to religious leaders, instead of scientists, for answers to scientific questions. The society saw an opportunity: Educate future religious leaders in any and all things STEM.

A week after he got the email, Swamidass headed down to Concordia Seminary, a historic Lutheran campus just a few blocks away from his office in Saint Louis. He met with Joel Okamoto, a Concordia systematic theology professor, and they began searching for places to insert science into the school’s curricula. One course on the Old Testament would analyze whether Genesis could be interpreted as a form of early cosmology. Another would explore what neuroscience has to say about human identity and the soul. “That’s a central preoccupation of books like the Psalms or the Book of Job,” says Okamoto. They also drew up plans for a day-long symposium on faith and the science of memory. Soon, Swamidass was visiting Concordia as often as a few times a month.

By 2018, AAAS had placed science advisors in ten schools and changed more than 116 course curricula, five times what they had hoped. Now the organization plans to expand its “Science for Seminaries” program to as many as 35 more schools over the next five years.

Elaine Ecklund, who researches science and religion at Rice University, says that scientists often underestimate how popular their work is within religious communities, and vice versa: 39 percent of American biologists and physicists affiliate with a faith. But, she says, “suspicion of scientists as a people-group,” especially in orthodox and evangelical circles, reinforces the gap between science and religion. “Many leaders of faith communities do not have a lot of exposure to science in their training,” says Jennifer Wiseman, an astrophysicist who directs AAAS’ faith and ethics programming.

AAAS says that seminaries are most fascinated by cosmology and neuroscience. But some schools have branched into other areas under the guidance of their science advisors. Divinity students at Wake Forest University in North Carolina dissected a sheep brain. Catholic University in America seminarians discussed what finding aliens might mean for the future of their religion, while other schools hosted screenings of Ender’s Game and The Martian. Howard’s divinity faculty threw a science-theology mixer, where scientists outnumbered the theologians.

The program also made room for more difficult discussions, like evolution. For instance, Bethany Seminary, in Indiana, is planning a conference that will explore “another way of reading [the Bible], whereby they can take the Bible seriously but also accept where the science leads,” says Russell Haitch, a Bethany theology professor.

Just under half of American members of the Lutheran Church-Missouri Synod (Concordia’s denomination of evangelical Christianity) don’t affirm evolution, according to Pew polls, so Swamidass was more cautious. “My job was just to explain science well to them,” he says, not to try to convince them one way or another. But informally, discussions about origins—the age of the earth, evolution and human uniqueness—emerged, allowing the scholars to trade reflections on how Lutherans, Christians more broadly, scientists, atheists, and theistic evolutionists approached these fundamental questions differently.

But Concordia’s embrace of science also drew its critics. In 2017, prominent Christian fundamentalist Ken Ham, the leader of the creationist group Answers in Genesis, accused Concordia of succumbing to what he saw as AAAS’s attempt to “get evolutionary thinking” into Christian communities. And David Menton, a retired Washington University medical professor who is also affiliated with Answers in Genesis, had earlier warned that “these sem schools are going to allow evolutionists to come into the regular religion classroom and teach evolution.”

In response, Concordia reaffirmed its commitment to a Six-Day creation in a science-themed summer edition of its Lutheran Journal, which featured the Hubble Space Telescope’s image of the Westerlund 2 star cluster on the cover. “To the credit of AAAS, they never wanted us to compromise or change,” says Okamoto. “They wanted to make sure we knew that.” But, as he wrote in the journal, “Science for Seminaries” had affirmed that Richard Dawkins did not represent most scientists, “just as the Westboro Baptist Church does not represent all Christians.” Concordia has also learned to empathize with the “lonely calling” of Christian scientists and “theistic evolutionists” like Swamidass—even if the seminary wouldn’t take their position.

Meanwhile, seminarians at other schools heard about Swamidass’ work with “Science for Seminaries” and started privately reaching out, curious to understand how he simultaneously affirmed evolutionary science and his faith. Swamidass responded to the interest with a blog post on his lab page, in which he wrote: “it appears that, for some reason, God chose to create humans so that our genomes look as though we do, in fact, have a common ancestor with chimpanzees.”

The post got thousands of hits pulling Swamidass into a voracious online debate over whether one could really be a theistic evolutionist. “I got a lot of hate-mail from Christians,” he says, “but there were also a large number of Christians who wanted to find a better way forward.”

PTSD: An Overlooked Consequence of a Cancer Diagnosis

GizmoCrazed - November 21, 2017 0
(Credit: Shutterstock) Roughly one in five cancer patients struggle with post traumatic stress disorder (PTSD) in the aftermath of diagnosis and treatment. A recent study from Malaysia...