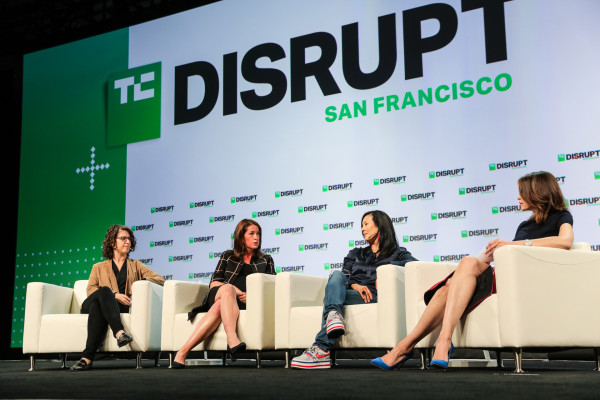 In the days leading up to TechCrunch Disrupt SF 2018, The Economist published the cover story, ‘Why Startups Are Leaving Silicon Valley.’

The author outlined reasons why the Valley has “peaked.” Venture capital investors are deploying capital outside the Bay Area more than ever before. High-profile entrepreneurs and investors, Peter Thiel, for example, have left. Rising rents are making it impossible for new blood to make a living, let alone build businesses. And according to a recent survey, 46 percent of Bay Area residents want to get the hell out, an increase from 34 percent two years ago.

Needless to say, the future of Silicon Valley was top of mind on stage at Disrupt.

In conversation with Vance, Revolution CEO Steve Case said he’s noticed a “mega-trend” emerging. Founders from cities like Pittsburgh, Detroit or Portland are opting to stay in their hometowns instead of moving to U.S. innovation hubs like San Francisco.

“The sense that you have to be here or you can’t play is going to start diminishing.”

“We are seeing the beginnings of a slowing of what has been a brain drain the last 20 years,” Case said. “It’s not just watching where the capital flows, it’s watching where the talent flows. And the sense that you have to be here or you can’t play is going to start diminishing.”

“I know that there are a lot of people in the Bay Area that are trying to work on that problem and I hope that they are successful,” Lee added. “It’s an amazing place to live and we’ve made it really challenging for people to live here and not worry about making ends meet.”

One of Cowboy’s portfolio companies opted to relocate from Silicon Valley to Colorado when it came time to scale their business. That kind of move would’ve historically been seen as a failure. Today, it may be a sign of strong business acumen.

Quinn said that of all 28 of Spark’s growth-stage portfolio companies, Raleigh, North Carolina-based Pendo has the easiest time recruiting folks locally and from the Bay Area.

She advises her Bay Area-based late-stage companies to open a second office outside of the Valley where lower-cost talent is available.

“We often say go to [flySFO.com], draw a three-hour circle around San Francisco where they have direct flights, find a city that has a university and open up a second office as quickly as possible,” Quinn said.

Still, all three firms invest in a lot of companies based in San Francisco. Of Benchmark’s 10 most recent investments, for example, eight were based in SF, according to Crunchbase.

“I used to believe really strongly if you wanted to build a multi-billion dollar company you had to be based here,” Tavel said. “I’ve stopped giving that soap speech.”

A lot of Bay Area VCs have been blind to the droves of tech talent located outside the region. Believe it or not, there are great engineers in America’s small- and medium-sized markets too.

At Disrupt, Backstage Capital founder Arlan Hamilton announced the firm would launch an accelerator to further amplify companies led by underestimated founders. The program will have cohorts based in four cities; San Francisco was noticeably absent from that list.

Instead, the firm, which invests in underrepresented founders and recently raised a $36 million fund, will work with companies in Philadelphia, Los Angeles, London and one more city, which will be determined by a public vote. Aniyia Williams, the founder of Tinsel and Black & Brown Founders, will spearhead the Philadelphia effort.

“For us, it’s about closing that wealth gap to address inequity in tech,” Williams said. “There needs to be more active participation from everyone.”

Hamilton added that for her, the tech talent in LA and London is undeniable.

“There is a lot of money and a lot of investors … it reminds me of three years ago in Silicon Valley,” Hamilton said.

Silicon Valley’s demise may not be just as a result of increased costs of living or investors overlooking talent in other geographies. It may be because of heightened competition abroad.

Doug Leone, an early- and growth-stage investor at Sequoia Capital, said at Disrupt that he’s noticed a very different work ethic in China.

Chinese entrepreneurs, he explained, are more ruthless than their American counterparts and they’re putting in a whole lot more hours.

Doug Leone of Sequoia Capital says founders in the US and China both want to change the world, but Chinese founders are a little more desperate (and you see it in the crazy work ethic they have).#TCDisrupt pic.twitter.com/dPxsRTbJoq

Much of this, however, has been said before and still, somehow, Silicon Valley remained the place to be for investors and startup entrepreneurs.

The reality is, those engaged in tech culture are always anxiously awaiting for the bubble to pop, the market to crash and for “peak Valley” to finally arrive.

Here’s more of our coverage of Disrupt 2018.

GizmoCrazed - June 20, 2018 0
As Hurricane Maria approached Puerto Rico in late September 2017, planetary scientist Ed Rivera-Valentin knew he needed to get out. His apartment was near...