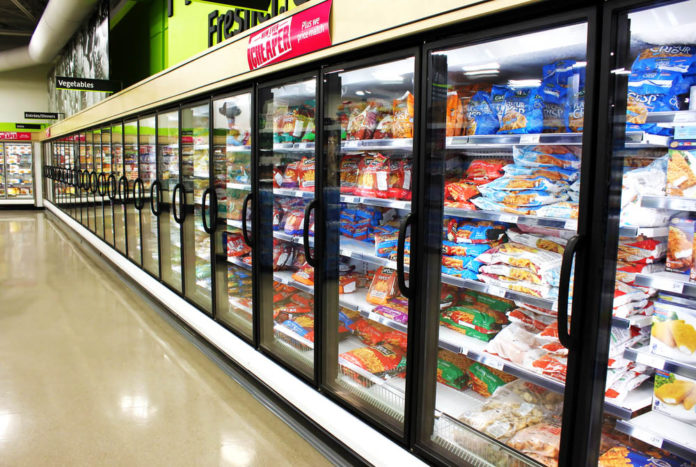 Sticking to whole, unprocessed foods might help you get along better with your gut microbes. (Credit: Niloo/shutterstock)

In a time where ephemeral diet advice bombards us from every Instagrammer and morning show, it’s tempting to ignore the latest scientific report claiming to have a helpful idea about obesity.

In a new review, researchers suggest that the consumption of ultra-processed foods could cause obesity and related health problems because of the way the foods feed our gut microbes.

But rather than try to hone in on a single component of the obesity-prone Western diet – carbohydrates, or fats, or overconsumption – the new report takes aim at a bigger picture, formulating a hypothesis that allows for messy contributions from “all of the above.” The mechanism that underlies it all, they say, is the bacteria that live in our gut, helping us digest the food we eat.

The result is a review paper that makes as much of a statement about nutrition research as it does about processed foods.

Many ultra-processed foods fall into the traditional “junk food” category – candy, for example. But the scientific term has more to do with how the foods are made.

There’s a difference between “processed” and “ultra-processed” food, though where to draw the line is still a topic of debate. Just salting cocktail peanuts earns them a “processed” label. But “ultra-processed” is reserved for the worst offenders: foods where almost all ingredients are refined. If it has ingredients like hydrogenated oils, preservatives, emulsifiers, and natural and artificial flavorings, it’s a good hint that it’s “ultra” processed.

To make ultra-processed foods, materials are broken down into their component parts, the pieces re-assembled with added sugars, salts, and fats to maximize shelf life and taste while minimizing costs.

Though the best way to scientifically classify foods by their degree of processing is an ongoing debate, the general idea seems clear enough.

Inge Lindseth is a clinical nutrition physiologist at the Balder Clinic in Oslo.

He and his colleague, Marit Zinöcker at Bjørknes University College, propose that the way these foods are made could be what makes them feed the gut microbiota differently – for better or for worse.

Let Us Count the Ways

“Eating pizza or a rice dish isn’t that different to a hungry human being, provided the energy content is the same in each meal,” says Lindseth. “But to the microbiota it could mean a world of a difference.”

Imagine a rice and vegetable stir-fry. These main ingredients have their original plant cells structurally intact.

But what if you ground the rice into fine flour and made rice noodles, and topped it with sauce constructed with natural vegetable flavor? Now there are no whole cells left, only the acellular compounds that were once in the foods. This makes the nutrients in the dish, in a way, already partly digested.

For bacteria living in the digestive tract, this means nutrients are available for them to eat sooner and in greater quantities since they don’t have to break down any cell walls or membranes. A constant influx of insta-nutrients could trigger an increase in the bacteria’s growth, an expansion of their territory, a change in their composition, or a change in their behavior – like what they eat or what by-products they produce.

This potential gut disaster could be exacerbated further by an overload of sugar or carbohydrates (which are, of course, both also common in ultra-processed foods). Some studies have shown that if we exceed the sugar-uptake potential of our small intestines, what’s left over can also create a harmful breeding ground for microbes.

There’s more: from certain food additives like emulsifiers, to fat content, to lack of dietary fiber – there’s a laundry-list of ways ultra-processed foods could mess with gut microbes. If any of these hypotheses turned out to be unsupported after further research, there are a dozen more possibilities waiting in the ranks.

Yet the impact of the gut microbiome on obesity and metabolic health is still debated.

A 2016 review weaved together evidence from 94 scientific publications to explain how gut microbes shape health. This team concluded that the evidence suggests gut microbes are a strong contributing factor for obesity and metabolic diseases, particularly when the composition of the microbiota leads to inflammation in the gut.

But others disagree, suggesting that microbes might matter a little for obesity, but their effect is small when compared to factors like total calorie consumption. One of these critics is Pat Schloss, professor in the department of microbiology and immunology at University of Michigan Medical School.

Schloss also reviewed the microbiome-obesity literature, and found not only are the effects small, but combining small effects with the immense variation in microbial communities between people makes these questions difficult to study without extremely huge sample sizes.

“When any field is brand new there’s tons of enthusiasm, and then there’s maybe a bit of course correction to say, okay, what do we really think about this,” says Schloss. “I think there’s something there, but we do need to be careful about what we say about what’s linked and what’s not linked.”

Zinöcker and Lindseth conclude their report with a refreshingly honest message: While we work on this gut microbe thing, and even if we’re wrong, there’s really already enough evidence to suggest we should all be eating mostly whole, unprocessed foods.

Other researchers agree. Although the reasons why are still debated, the epidemiological links between ultra-processed foods and things like obesity, cholesterol, and risk of hypertension are strong.

GizmoCrazed - December 24, 2011 0
No one, even the neighbors of the shooter would know where the heck the bullet emanated from but the police. Sounds like a scene...

SpaceX's Next Launch Will Spark a Space Internet Showdown

This is what transforms Google into a true Apple competitor