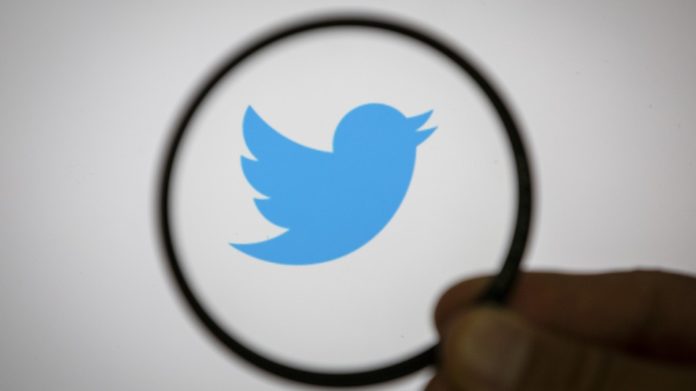 Twitter’s website is about to get a big makeover.

The company’s currently testing a redesigned version of its website, which will bring bookmarks, the explore tab, and a new “data-saver” mode to its desktop website. It’s also really, really, white.

Officially, the redesign won’t roll out to everyone for some time, though the company showed off a brief preview in a tweet Thursday. But Twitter’s already already testing the new look with a “small number” of its users who are able to opt in to the new look.

My account was apparently in that group because I received a pop-up Thursday asking if I wanted to try out the “new Twitter.” After using it for just over 24 hours now, I’m here to report that, yes, it’s very, very, white. But, despite the new minimalist look, Twitter has made a few nice additions as well.

Love to use Bookmarks and want it on web? Into scrolling through Explore to see what’s happening?

We are testing out a new Twitter for web, which a small number of people will see today. Love it? Missing something? Reply and tell us. Don’t have the new experience? Stay tuned. pic.twitter.com/w4TiRrVFHU

The first thing you notice about the new Twitter is that it’s extremely white. Similar to the flat design Facebook rolled out a year ago, Twitter’s new website features a lot of white space. Throughout the site, there’s much more empty space, giving the whole thing a cleaner look. Even the small Twitter logo at the top of the browser tab has been given the same treatment. 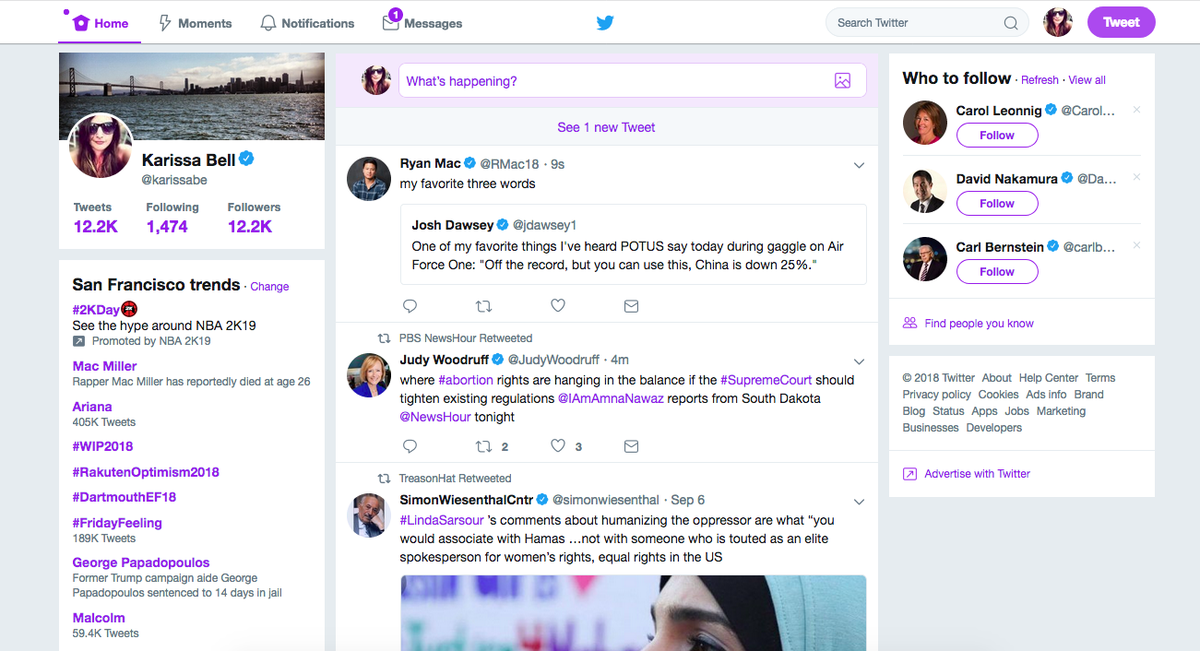 Though the new cleaner aesthetic will likely be welcomed by designers, it will definitely take a lot of getting used to for the rest of us. The new design feels less cramped, but it also has the effect of showing a lot less information in the same amount of space as before. This means you’ll have to do much more scrolling than you’re used to.

There is, however, a new persistent “compose tweet” button that lives in the bottom right-hand corner of the site so you don’t need to needlessly scroll back up every time you want to tweet, which is a good thing.

There are other nice features, too. Twitter has finally brought its bookmarking feature to the web with the redesign (so you can finally put all your embarrassing likes behind you once and for all), as well as its much-vaunted “explore” tab which will replace the “Moments” section as it has on mobile.

The website also comes with a new “data-saver” mode which appears to prevent website previews and images from automatically loading in your timeline (presumably for those on slower connections).

But the area that’s probably improved the most is direct messages. Anyone who has spent any significant amount of time swapping direct messages knows that Twitter’s messaging interface is severely lacking, to say the least. And while the new version of the feature is still a far cry from the standalone messaging app some have hoped for, it’s a massive improvement over what we have now. 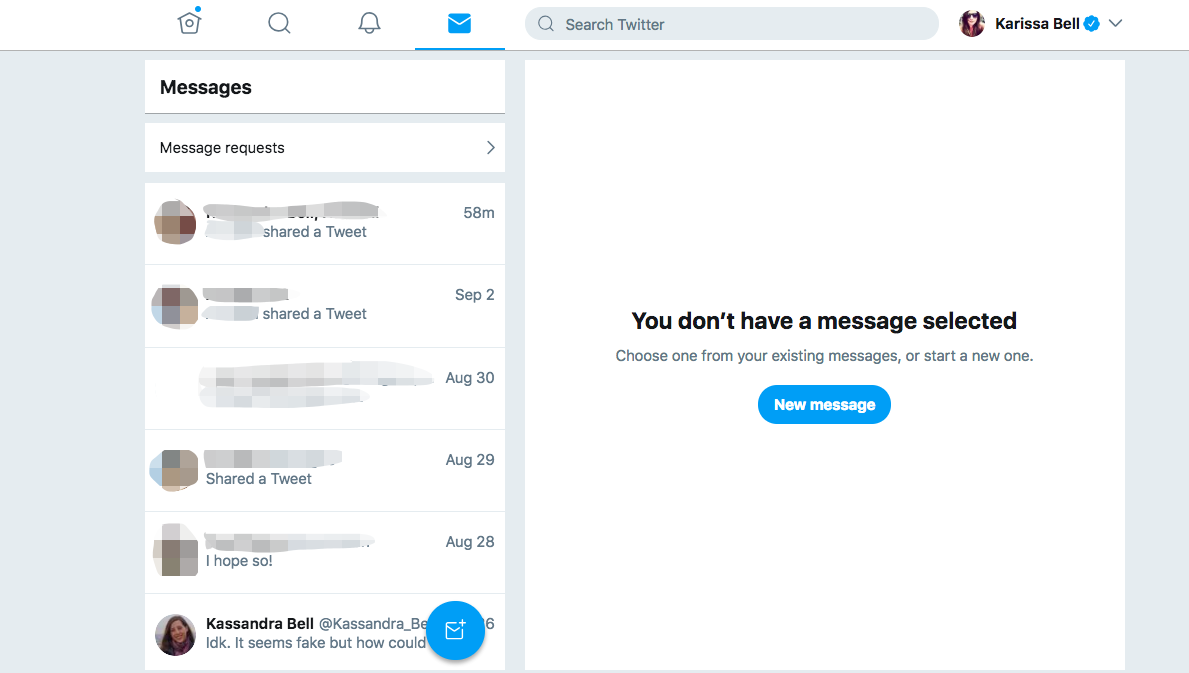 It’s no longer a single, small pop-up window for one. Clicking into your messages takes you to a full-page experience exclusively for messages. You can quickly scroll through your existing messages, sort through message requests, and fire off new ones.

Of course, no matter how many improvements Twitter makes, the company is likely to get a lot of pushback from its users who are notorious for hating even the smallest changes. (And, if the reaction to Facebook’s minimalist redesign last year was any indication, not everyone is as convinced by the Silicon Valley designer-preferred minimalist look.)

There is some good news for the haters, though. Since Twitter is only just beginning to test the new design, we’re likely still quite a ways out from it being forced on the Twitter masses just yet. So, enjoy your cramped and not-quite-so-white twitter.com while you can — change is on the way, 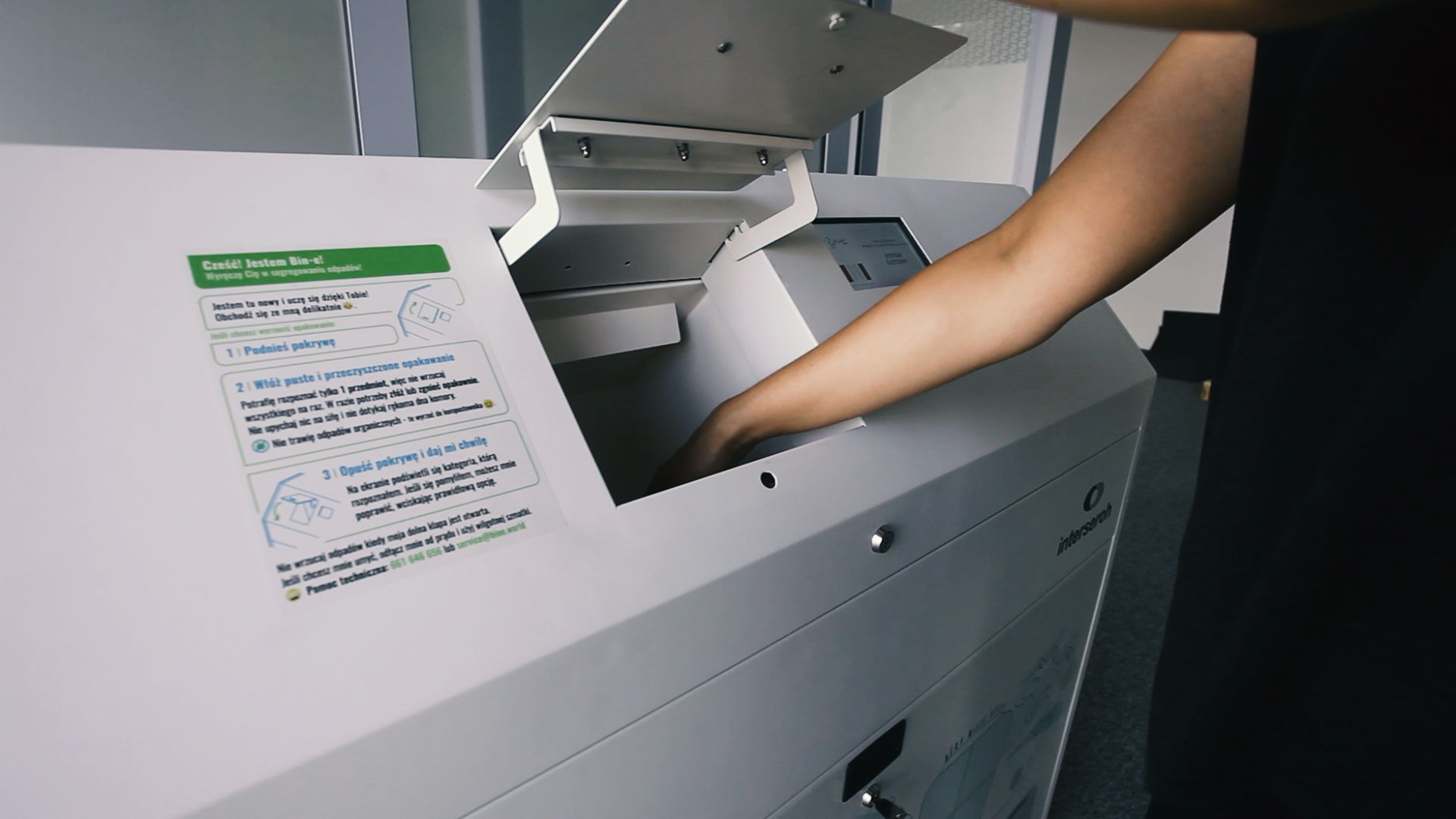