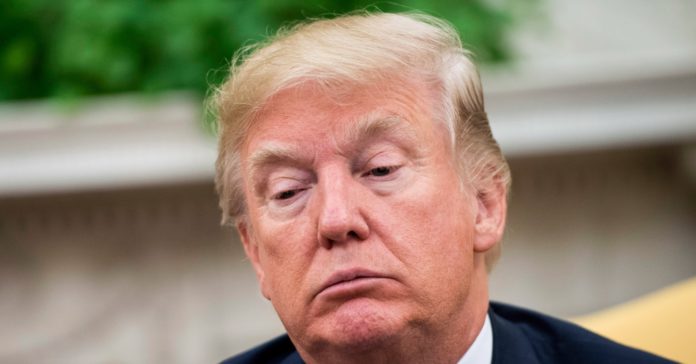 The President of the United States says he does not believe that Hurricane Maria and its aftermath killed 2,975 people—an estimate generated by researchers at George Washington University and accepted as the rough official death toll by the government of Puerto Rico. On Twitter, President Trump said the death toll was somewhere between six and 18, and that the bigger number was part of a politically-motivated attack on him and his presidency.

That’s preposterous, of course. And it’s worse than a lie. The core triumph of humanity is that science—observation, hypothesis, data, analysis—can yield an actionable understanding of the universe. We can learn stuff and change things. A full accounting of what went wrong in advance of and during Hurricane Harvey in Houston or Maria in Puerto Rico is supposed to keep people safe when a Florence comes ashore in the Carolinas. But that only works if you look that accounting in the eye.

It’s true that some policymakers have long expressed skepticism over the causes and consequences of, for example, climate change or vaccines, in similar anti-scientific ways. Even the president has disregarded that science. But in dismissing the conclusions of well-conducted research on the toll in Puerto Rico, the president is doing more than insulting the memories of the dead. He risks breaking a connection forged during the Enlightenment, at the foundation of democracy: the link between governance and knowledge.

How do people know things are true? One way is to understand the derivation of an answer, which is to say, if a person telling you something can also explain how he or she arrived at that conclusion, you can determine how confident you can be in the conclusion itself.

In July, researchers at Harvard University published a study in the New England Journal of Medicine asserting that at least 4,645 people died in Puerto Rico as a result of Hurricane Maria. Because death records were so bad, the researchers conducted a survey; they interviewed people in 3,299 households across the island and asked if anyone they knew had died, and from that determined that the death rate there had gone up 62 percent over the same period from the prior (hurricane-free) year, from September 20 to New Year’s Day.

Their criteria covered not just deaths from, say, drowning in floodwaters or being hit by wind-blown debris but also knock-on effects from power outages and lack of food, water, and medicine. That’s kosher—the CDC says figuring out accurate death counts in the aftermath of disasters is critical for future planning, but difficult because of chaos and confusion, and because it’s sometimes hard to tell if the disaster itself caused a death. “Directly related” and “indirectly related” deaths both count, the CDC concludes.

Those Harvard researchers reported that they were being conservative in their estimate, and they acknowledged that their count might not have included people who weren’t dead but had left Puerto Rico after Maria.

So in late August researchers at George Washington University released another, even more in-depth study at the behest of the Puerto Rico government. The GWU methods were a little different. That team built a mathematical model of expected deaths and migration based on numbers from 2010 to 2017, and then compared that to the actual death counts for the six months after Maria. They estimated that 2,975 people died as a result of the storm, with significantly higher risk of death for the elderly and the poor.

I’m not laying those two studies out to re-report their conclusions but to indicate that claims have to be delivered with evidence and methods. That’s how scientists talk to each other and give policymakers tools to make decisions. In this case, both studies also contained information and recommendations of what could be improved the next time a hurricane comes to Puerto Rico—which could be any week now.

But in dismissing those findings, in suggesting incompetence or malfeasance on the part of the researchers who delivered them and the politicians who accepted them as true, the president is literally putting politics above people’s lives. Teams of researchers from two of the most respected universities in the United States went to Puerto Rico to do this statistical and epidemiological work and found, in part, that the government hadn’t done its job in the first place. It didn’t give American citizens in Puerto Rico a robust, resilient power grid and disaster preparedness infrastructure. It didn’t help people evacuate. It didn’t provide shelter and care after the hurricane. And it couldn’t even count the dead.

By asserting that there was nothing more government could have done, that US efforts in Puerto Rico were an “unsung success,” that corruption in Puerto Rico was the real obstacle and that assertions to the contrary are political attacks—the executive branch (and the legislative branch supporting it through its silence) has done worse than engage in a fight over Puerto Rico. They’ve undermined confidence in federal disaster response efforts overall. Those arguments imply to Americans that science can’t help them—that no fundamental truths can be understood in such a way that the conditions of their lives might be improved. Was it a hurricane, really? Or Zeus throwing a temper tantrum? We’ll see what happens.

That is a hell of a thing to say with another hurricane hammering the Carolinas, and two more stacked behind it. It’s the kind of know-nothingness that gets people killed.

Canal+ gives up on its cable box, switches to Apple TV

GizmoCrazed - May 15, 2018 0
French premium cable television company Canal+ is slowly moving away from building its own set top boxes. As Next INpact spotted, you can now...

10 Reasons The Future Will Be Terrifying

This Thought-Controlled Robotic Arm Possesses The Sense Of Touch