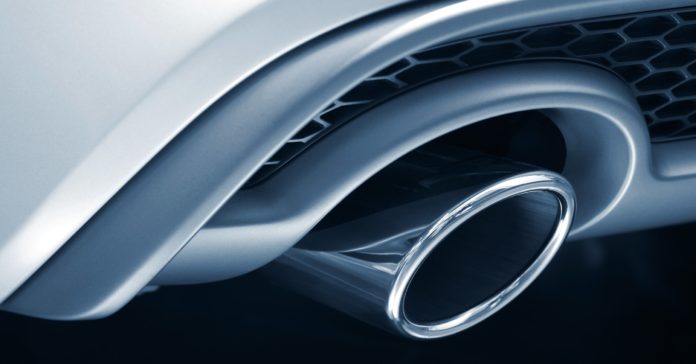 There was a time many years ago when cars guzzled gas like beer, teenagers raced them on Friday nights, and Detroit automakers boasted about their vehicles’ ever-increasing horsepower and speed. Since then, cars have become safer, cleaner and more efficient, mostly as a result of tougher standards from Washington.

A new Trump administration proposal might bring that half a century of vehicular progress screeching to a halt, some experts say, by shrugging its collective shoulders at the growing danger of climate change and the fuel-efficiency standards designed to combat it. The White House wants to freeze future auto emissions standards and ban California from making its own tougher rules for carbon emissions from vehicles.

First, a look at the numbers. A little-noticed report issued by the National Highway Transportation Safety Administration (NHTSA) predicts that the Earth’s temperature will rise a whopping 7° Fahrenheit (4° Celsius) by 2100, assuming that little or nothing is done to reverse emissions of carbon dioxide and other greenhouse gases. The current Paris climate accords call for nations to pledge to keep warming below 3.6° F (2° C) by century’s end.

The Trump administration’s climate change scenario would likely entail catastrophic melting of ice sheets in Greenland and Antarctica, causing rising sea levels that would flood low-lying coastal areas from Maine to Texas—not to mention warmer oceans that could spawn ever-stronger hurricanes alongside pockets of inland drought, and a collapse of agriculture in many areas.

The NHTSA report came up with these doomsday numbers to argue that automobile and truck tailpipe emissions after 2020 will have such a small global impact on overall greenhouse gases that it’s not worth tightening the screws on Detroit automakers. “What they are saying is we are going to hell anyhow, what difference does it make if we go a little faster,” says David Pettit, a senior attorney at the Natural Resources Defense Council. “That’s their theory of how they are dealing with greenhouse gas emissions.”

Pettit and others say the NHTSA report and the Trump administration’s proposal to roll back future tailpipe emissions standards would allow Detroit to build bigger, thirstier cars than would have been permitted under President Obama-era rules. Pettit notes that he has gone from driving a 7-miles-per-gallon Chrysler in the late 1960s to a Chevy Bolt today, largely as the result of stricter federal standards that require automakers to sell clean cars alongside their SUVs and trucks.

In addition to throwing up its hands at climate change, the Trump administration also argues that continuing to increase fuel economy requirements will make the overall vehicle fleet less safe, because people will continue to drive older cars longer than they otherwise would. The argument is that the higher price tags on more fuel-efficient cars will deter consumers from buying new vehicles equipped with more advanced technology that also improves safety. But Giorgio Rizzoni, director of the Center for Automotive Research at Ohio State University, says the administration has it backwards. His study of the past 40 years concludes that safety and fuel efficiency have grown at the same time.

If the Trump administration rules are passed, American carbuyers might end up seeing vehicles with less advanced technology on the dealer lot than overseas buyers, says Austin Brown, executive director of the UC Davis Policy Institute for Energy, Environment and the Economy. “The cars would look the same on the outside, but they would burn more gasoline, cost more money and create more emissions,” he says. That’s because US cars with weaker fuel standards won’t be sold on worldwide markets, he adds.

The Trump administration held public meetings on the proposal this week in Fresno, California; Dearborn, Michigan; and Pittsburgh. The deadline for written comments is October 23.

GizmoCrazed - June 29, 2016 0
Students in Elgin, Illinois, will have the opportunity to speak with a NASA astronaut living and working aboard the International Space Station at 12:35...

NASA Brings Journey to Mars and Beyond to ESSENCE Festival

How SpaceX Launched 64 Satellites Into Orbit on a Falcon 9