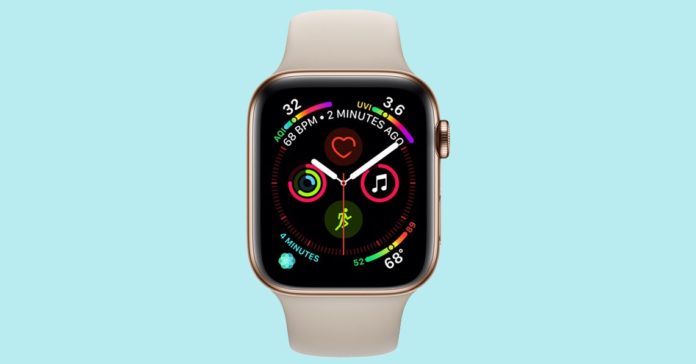 One of the most surprising announcements at Apple’s annual hardware event on Wednesday wasn’t a new iPhone, or even the new, thinner, next-generation Apple Watch. It was a feature on the Apple Watch.

“We’ve added electrodes into the back sapphire crystal and the digital crown, allowing you to take an electrocardiogram,” said COO Jeff Williams, eliciting one of the day’s biggest rounds of applause. “This is the first ECG product offered over the counter, directly to consumers.”

Let’s ignore for now whether Apple’s new watch really is the first direct-to-consumer ECG (It’s not.) The bigger question is whether it’s a good idea in the first place. Healthcare providers usually use ECGs in hospitals to measure the heart’s electrical activity and detect abnormalities in its rhythm. But with the latest iteration of its smartwatch, Apple wants to put an ECG on your wrist that you can use “anytime, anywhere.”

It sounds like a great idea in theory. Even Ivor Benjamin, president of the American Heart Association, showed up to give Apple props. “The AHA is a relentless force for a world of longer, healthier lives,” Benjamin said on stage Wednesday. “Products that seek to provide deeper health insights, like the Apple Watch Series 4, offer great potential in getting us there.”

People with atrial fibrillation, which the CDC estimates affects between 2.7 and 6.1 million Americans, could likely benefit from a wearable, on-demand ECG device like the new Apple Watch. (AFib is the most common arrhythmia, and the only kind Apple’s watch is approved to detect.) But for everyone else, evidence suggests the potential costs could actually outweigh the proposed benefits. Despite what Benjamin says, there is such a thing as too much insight into one’s health.

The question of ECG’s usefulness as a screening tool is older than you probably realize. When they first came on the scene, physicians used them to screen patients with known or suspected heart issues. It wasn’t long before healthcare providers starting using them to examine patients with no symptoms or family history of cardiovascular illness.

There’s no exact numbers on how common preventive ECG screening is in the US, but according to a recent editorial in the Journal of American Medicine, ECG examinations of asymptomatic patients had become regular features of annual physicals by the early aughts—until professional societies ran cost/benefit analyses on the practice and started advising against it.

One of those societies was the US Preventive Services Task Force. An independent, volunteer panel of national experts in disease prevention and evidence-based medicine, the task force has been issuing recommendations on the value of electrocardiography screening for more than a decade. In 2004, the panel reached no firm conclusion on the value of using ECG to screen for heart disease in asymptomatic adults, citing a lack of studies on patient outcomes. But by 2012, it had revised its statement, recommending against ECG screening in asymptomatic adults at low risk for heart disease.

In 2018, the group revisited the matter yet again, but its assessment stayed the same. “The USPSTF recommends against screening for cardiovascular disease with resting or exercise ECG in adults at low risk of cardiovascular disease events,” the panel wrote in its latest statement, which appeared in JAMA this past June.

As for screening asymptomatic adults at high- or intermediate-risk of heart disease, the task force says there’s insufficient evidence. And in a separate statement published in JAMA just last month, the panel had the same to say about ECG screening for atrial fibrillation, specifically.

The upshot is that not many studies have looked at the effects of widespread ECG screening, and those that have have found that it provides no meaningful advantage. Same goes for regular echocardiographic screening—a different but related method of assessing heart health. In 2013, a large-scale, randomized clinical trial published in JAMA Internal Medicine found that widespread echocardiographic screening of healthy adults had no impact on health outcomes.

“Do you wind up catching a few undiagnosed cases? Sure. But for the vast majority of people it will have either no impact or possibly a negative impact by causing anxiety or unnecessary treatment,” says cardiologist Theodore Abraham, director of the UCSF Echocardiography Laboratory. The more democratized you make something like ECG, he says, the more you increase the rate of false positives—especially among the hypochondriac set. “In the case of people who are very type-A, obsessed with their health, and fitness compulsive, you could see a lot of them overusing Apple’s tech to self-diagnose and have themselves checked out unnecessarily.”

The cases in which Apple’s new watch could be most helpful are obvious: People with atrial fibrillation, family histories of heart disease, heart palpitations, chest pain, shortness of breath, and so on. Sometimes, Abraham says, patients come in with vague cardiovascular symptoms that they can’t reproduce during their visit. Folks like that, he says, often require more expensive, prescription-based monitoring systems. If a doctor could ask that kind of patient to record their symptoms on a gadget they already own, that could be a win for the healthcare provider and the patient.

As for everyone else, it’s hard to say what benefit Apple Watch’s on-demand ECG could have, and existing evidence suggests it might actually do more harm than good.

There is, however, the matter of life-saving potential to consider, which AHA president Ivor Benjamin mentioned not once but twice in his presentation at yesterday’s Apple Event. If there’s a silver lining to putting electrocardiograms on every Apple Watch wearer’s wrist, it’s that their data (if they choose to share it—Apple emphasized at the event that your data is yours to do with as you please) could help researchers resolve the uncertainty surrounding ECG screening in seemingly healthy people. Apple’s new wearable might not be the handy heart-health tool it’s advertised as, but it could, with your permission, make you a research subject.

GizmoCrazed - September 12, 2013 0
There are a few key characteristics that you look out for when buying a camera to use in the great outdoors – the device...

The Only Thing Fire Scientists Are Sure of: This Will Get...