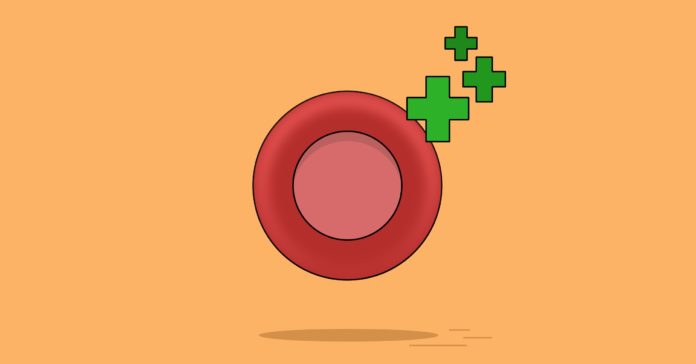 In the early 2000s, a handful of young scientists at Stanford turned the university’s Palo Alto campus into the mouse-stitching-together capital of the world. Reviving a centuries-old procedure known as parabiosis, they connected the circulatory systems of dozens of pairs of rodents, young sutured to old, so that they’d pump one another’s blood back and forth. The grisly experiments rejuvenated the aging mice, making them stronger and healthier, and introducing the 21st century’s longevity enthusiasts to the therapeutic potential of young blood.

While much work remains to be done on how this regenerative process actually works, Stanford’s parabiosis studies have since inspired the creation of a handful of ambitious startups aimed at producing similarly dramatic effects in humans. Today, the latest young-blood medicine-maker, Elevian, emerged from stealth with $5.5 million from investors including Peter Diamandis, one of the more prominent faces in the Silicon Valley “death disruption” scene.

Beneath all the hype is some striking science. Blood, particularly the yellow liquid part of it known as plasma, is chock full of proteins and other compounds that act like a readout of how all the cells in the body are functioning. Research has shown that the ratios of those components change as animals, including humans, age. Older blood carries more signs of tissue damage than young blood, which often contains compounds that can stimulate cell growth and repair. Elevian has singled out one of these proteins, a growth differentiation factor known as GDF11, as the chief source of young blood’s rejuvenating effects.

At the outset, the company is developing drugs based on GDF11 to treat Alzheimer’s, coronary heart disease, and age-related muscle dysfunction. But its founders say any disease of the elderly is on the table. “What’s really unique here is that you can improve the function of tissue that’s already been damaged, regardless of what caused the damage,” says Lee Rubin, a neuroscientist at Harvard and one of Elevian’s five scientific cofounders. “That suggests a way forward for treating many different disorders.”

Rubin began studying longevity in 2006, when he left a career in biotech to join the Harvard faculty. He soon found himself teaching a course on aging with a young stem cell biologist named Amy Wagers, a pioneer of Stanford’s parabiosis studies. She was looking for collaborators to continue her work on the East Coast, to tease out the impact of young blood on different kinds of tissues. Together they discovered that young blood sparks the formation of new neurons in the brain. Working with other Harvard researchers, Wagers found that it could also reverse age-related thickening of the walls of the heart.

Bolstered by these results, Wagers and her collaborators went looking for the ingredients in young blood responsible for the rejuvenating effects. One molecule, a growth protein known as GDF11, jumped out. In two eye-popping papers in Science in 2014, Wagers’ group reported that GDF11, injected on its own, made old mice stronger, increased blood flow to their brains, and even improved their memories. Those results have since become a subject of sore scientific debate—researchers at pharmaceutical firm Novartis published a subsequent report suggesting that high doses of GDF11 actually cause muscle wasting in mice.

Despite the controversy, Elevian has licensed the Harvard team’s portfolio of patents around GDF11, which includes the protein as it’s found naturally in the body, according to cofounder and CEO Mark Allen. One challenge is that GDF11 degrades quickly, so he says Elevian is also investigating drug formulations that don’t require daily injections. “We’re working with biology, so we have to respect its complexity,” Allen says.

It’s exactly that complexity that makes some aging experts skeptical of Elevian’s leap to the clinic. “I don’t think GDF11 is going to ultimately be the panacea people hope it will be,” says Ron Kohanski, a deputy director in the division of aging biology at the National Institute on Aging. He points out that GDF11 comes in many forms, not all of them active. Some need specific binding partners to turn on, which may not be present in all tissues at all ages.

In 2017, the National Institute on Aging committed $2.35 million in funds for scientists to better understand the mechanisms behind the young-blood effect. Kohanski wrote the call for grant applications. “Obviously I think there’s a lot of potential in the findings from the parabiosis experiments,” he says. “But the key question is what’s doing this. And the answer is we don’t yet know.”

There are more than 10,000 proteins in blood plasma—blood minus the blood cells—so Elevian’s focus on GDF11 is only one of many avenues pursued by longevity startups.

In 2016, a company called Ambrosia launched the first human trial of young plasma transfusions, charging patients $8,000 a pop to participate. Anyone over 35 with the necessary cash was eligible to receive two liters of plasma donated by young adults, which Ambrosia purchases from blood banks. Given the fee and the lack of a placebo treatment to compare it to, scientists and bioethicists have questioned the rigor of the study. But those barbs haven’t stopped Ambrosia’s founder, Jesse Karmazin, from being bullish on the (unpublished) results of the trial, which he announced for the first time at the Recode technology conference last May.

“We measured 113 biomarkers 30 days after the transfusion and we saw a durable, but not permanent, effect,” says Karmazin, who has an MD from Stanford but no license to practice medicine. (He initially conducted the trial with a physician who runs a private intravenous therapy center in Monterey, California, but later moved to sites in San Francisco and Tampa after a falling out between them.) Karmazin says the study participants described feeling stronger, more awake, and as if their memory had improved. “We saw results that were consistent with the preclinical work in mice.”

He says the next move for Ambrosia is to open up a series of clinics, targeting cities with big aging populations in parts of the country where early adopters are likely to live—places like New York, San Francisco, Los Angeles, Las Vegas, and, of course, Florida. For the moment the company is keeping quiet about when exactly that might happen, but Karmazin believes they’ll be the first to do it. They may find it challenging to recruit clients. Ambrosia’s trial initially intended to enroll 600 patients, but in the end only included 81 individuals. There’s no word yet on what the treatment will cost.

Ambrosia, with its off-label use of an FDA-approved blood product, is about as far from Elevian’s needle-in-the-haystack approach as you can get. Between them is Alkahest, a Stanford spin-out from the lab of neurologist Tony Wyss-Coray, which is searching for an optimized plasma cocktail—the right mix of beneficial proteins without any of the bad ones—to treat Alzheimer’s.

Wyss-Coray, who worked next door to the lab where Wager began her parabiosis studies, showed in his own mouse-enstein experiments that young blood could improve memory and learning in older rodents. In subsequent experiments he injected middle-aged mice with young plasma to similarly sprightly effect. His research caught the eye of the youngest member of a wealthy family in Hong Kong, a molecular biologist who had noticed that his grandfather’s Alzheimer’s symptoms seemed to temporarily improve every time he got a plasma transfusion as part of a cancer treatment. In 2014, the family provided the funds to seed Wyss-Coray’s company and launch Alkahest’s first clinical trial to test the safety of young plasma for treating Alzheimer’s in 18 patients at Stanford. The results, which were recently accepted for publication, suggest that even a short course of weekly infusions could improve some of the disease’s symptoms.

Alkahest recently began enrolling patients in a larger trial, backed by a $37.5 million investment from plasma company Grifols. The Spanish firm makes many different products from harvested blood—antibodies, albumin, factor VIII for hemophiliacs—that leaves behind many discardable plasma mixtures. After screening those waste products for regenerative effects in mice, Alkahest hit on one that’s more potent than the others. They’re now testing that potential elixir in humans, with plans to enroll 40 Alzheimer’s patients in California and Florida. In addition to testing cognitive function, the trial will also sample patient fluids for signs of improved health.

“Ultimately we want to find out what the key ingredients are, because if it really works plasma donations won’t be sufficient to treat everybody,” says Wyss-Coray. According to the American Association of Blood Banks, 60 percent of the declining US blood supply comes from donations made by people over the age of 40. The young blood field still has plenty of maturing to do, but in this case growing up doesn’t have to mean growing old.