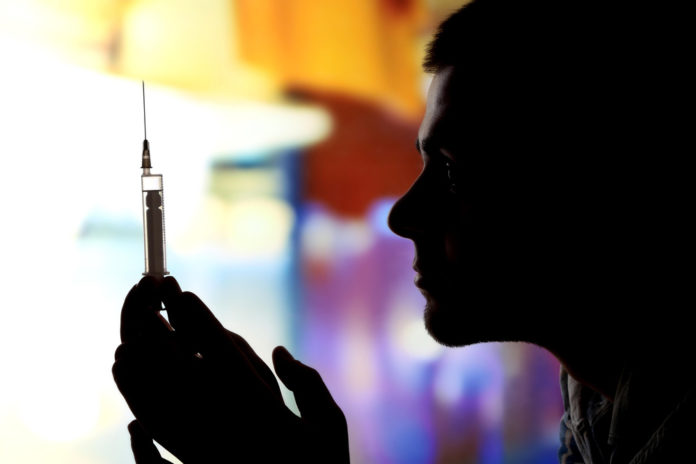 Some 200 people die from drug overdoses every day in America. That’s left officials around the country desperate for solutions. One of the most common — and controversial — ideas is to open supervised injection sites where drug users can take illegal drugs with medical professionals standing by to prevent overdoses and the spread of disease.

The scientific evidence shows these sites can save lives. But last month, a controversial new study challenged the oft-claimed benefits and reignited scientific debate just as the idea was finding fresh momentum. Now the journal that published that rare piece of contrary evidence has retracted the article, citing “human error.” But some advocates worry the damage is already done.

From Seattle to New York and from Philadelphia to Denver, local policymakers have been pushing to open America’s first “safe injection site.” A bill legalizing these facilities is even currently sitting on California Governor Jerry Brown’s desk.

But the idea is still highly contentious. Deputy Attorney General Rod Rosenstein recently trashed supervised injection sites in a a New York Times op-ed saying they would “destroy” communities. He even threatened legal action if one were to open on American soil.

The notion of allowing someone to shoot up under the watch of a nurse may seem counterintuitive as a health policy, but supervised injection sites are not a new idea. The concept dates back to the early 1970’s in The Netherlands. Some clinics in Canada, Australia, and elsewhere in Europe have been operating for decades. There are around 120 such facilities operating in a dozen countries, with more opening all the time as HIV infections from drug use rise globally.

But to date, there has never been a report of an overdose death at one of these centers, which have been closely observed by intrigued researchers. Almost all scientific evidence suggests supervised consumption rooms have benefits like cutting blood-borne disease rates and overdose deaths while promoting safer drug use. For example, a recent report from the European Monitoring Centre for Drugs and Drug Addiction examined three decades of research and found the sites encouraged drug treatment and did not increase crime.

But in early August, a meta-analysis published in the International Journal of Drug Policy came to a different conclusion. It declared that so-called safe injection sites produced “relatively modest results” when it came to reducing drug-related harms and essentially had “no effect on overdose mortality or syringe/equipment sharing.” The paper encouraged more research on the issue, but said the lack of replicable data made for weak evidence that they help.

The study was also widely reported in the media, bringing even more disagreement to the debate. However, on Wednesday, the editors at IJDP retracted the research, citing “methodological weaknesses” due to “honest human error.”

Study authors Tom May, Trevor Bennett, and Katy Holloway used a rubric to look at the available data on supervised consumption and discard any research that didn’t meet their criteria. They whittled down 1,058 unique studies to just eight, arguing that most of this research did not include control groups or had other design flaws.

But it’s now apparent that the meta-analysis itself wasn’t so perfect, either.

“The authors acknowledge that the combined effect size reported in the original paper should be discounted,” the study’s abstract now reads. “Given that the composite measure was a key finding reported by the original paper, the decision to retract the paper from publication had been made, including with the consent of the authors. The journal acknowledges that the peer review process did not pick up on the specific methodological weaknesses identified post publication.”

“Many of the problems with the meta-analysis stem from the decision to pool multiple dissimilar outcomes,” authors Ahmed Bayoumi and Pamela Leecee said in one of the critiques. “A more rigorous approach would have asked whether it is meaningful from a public health or clinical perspective to combine results that measure very different outcomes and were collected in notably different contexts.”

What this means for the future of supervised consumption sites in the U.S. remains to be seen. Some medical professionals and harm reduction advocates claimed on Twitter that “much damage” has already been done.

I am crying. Straight up crying. Folks outside the movement may never truly comprehend what this retraction means. https://t.co/FGwh8339M2

It seems that many of the original conclusions on supervised consumption were correct — they do decrease overdose mortality, lessen the spread of infectious diseases, and urge drug users to seek addiction treatment. In other words, they save lives.

While more research in this area is definitely needed, one underground supervised injection site has been secretly operating in the U.S. for years, demonstrating that it can be done without serious negative consequences. The question remains: how much longer will supervised consumption endure in the shadows?

GizmoCrazed - December 29, 2012 2
The latest fad for future technology is the ability to make your mobile electronics a part of your fashion statement. It may have started...