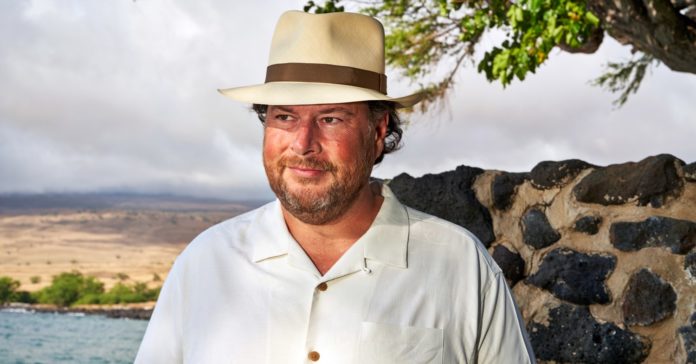 As a boy tinkerer in the Netherlands, Boyan Slat made zip lines and, at age 14, set a Guinness World Record for launching the most water rockets—213 of them—at once. You know, typical kid stuff. In hindsight, Slat says, “I just didn’t have a real problem to work on.” Soon, he found one. In 2012, at age 18, he gave a TedX talk outlining a tantalizing way to filter plastic waste out of the oceans’ gyres, vortices where sea-junk tends to accumulate. A few months later, Slat dropped out of engineering school, founded the nonprofit Ocean Cleanup, and began to design in earnest.

The floater pipe for the Ocean Cleanup’s plastic-eating machine.

Slat’s goal was to build a system that uses ocean currents to push trash into a “passive collector,” which acts like an enormous lint trap, snaring everything from discarded fishing nets to scraps of plastic a few millimeters across. By the time you read this, the current prototype—a 600-meter-long, U-shaped floating tube suspending a stiff, 3-meter-deep screen­—should have already deployed to the Great Pacific Garbage Patch, a pair of swirling trash fields located between the US and Japan. If it works, then roughly every seven weeks, the trash will be taken out by boat and recycled.

That matters because, well, the oceans are currently a mess. Marc Benioff, who contributed to the $22 million that the Ocean Cleanup raised last year, calls the problem of plastic pollution “out of control.” Noting that plastics have been in widespread use for only about 50 years, he adds, “Where are we going to be in another 50?” Already, one of the Ocean Cleanup’s first projects—a 30-boat trawl and airborne survey of the GPGP—concluded that the patch contains around 80,000 metric tons of plastic, far more than previously believed. Still, in five years, Slat estimates, an array of 60 such tubes could remove almost half of it.

Not everyone is so sanguine. Experts warned that one of Slat’s early designs, involving seabed anchors, wouldn’t work (the team scrapped it) and fretted that biofouling—the gradual accumulation of kelp and slime—would cause the tube to sink (unlikely, according to the company’s tests, though they’re looking into the possibility of adding a coating to keep sea-stuff from attaching to the screen). Others noted that Slat’s approach, targeting the top 3 meters of the gyre, would do little to address the problem of micro­plastic, the tiny fragments that now suffuse the seas and get eaten by fish—and then by us. (He counters that the gyre’s surface contains the most plastic by weight, and also that removing larger pieces will prevent them from degrading into trillions of additional pieces of microplastic.)

Eventually, Slat hopes to expand the project to all five ocean gyres, with the option for corporations and private groups to sponsor part of the cleanup array. For now, though, he is focused on the beta test. The Pacific Ocean is a notoriously rough environment, and parts of the Garbage Patch are more than a thousand nautical miles offshore. “The goal, first, is to prove the technology,” Slat explains. “We’ve really tried to eliminate every possible risk, but the only way to be absolutely sure is to do it.”

Update 9-18-2018, 1:40 pm EDT: This story has been revised to correctly describe Marc Benioff’s contribution to the Ocean Cleanup.