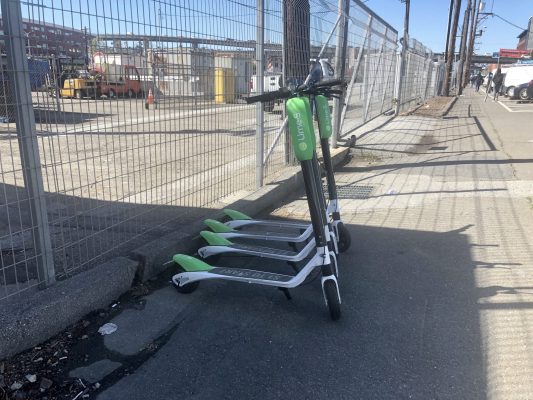 Lime is waging a war against the San Francisco Municipal Transporation Agency (SFMTA), claiming the organization acted with “unlawful bias” and “sought to punish Lime” when it chose not to award the e-scooter and dockless bike startup a permit to operate in San Francisco last month.

Lime has sent an appeal to the SFMTA, requesting an “unbiased hearing officer” reevaluate its application to participate in the city’s 12-month pilot program for e-scooter providers. The SFMTA, however, says they are “confident” they picked the right companies in Scoot and Skip.

“After a thorough, fair and transparent review process, we are confident we selected the strongest applicants to participate in the one-year scooter pilot,” a spokesperson for SFMTA said in a statement provided to TechCrunch. “Scoot and Skip demonstrated the highest level of commitment to our city’s values of prioritizing public safety, promoting equity and ensuring accountability. Lime’s appeal will go to an independent hearing officer for further consideration.”

San Francisco’s permit process came as a result of Lime and its competitors, Bird and Spin, deploying their scooters without permission in the city this March. As part of a new city law, which went into effect in June, scooter startups are not able to operate in San Francisco without a permit.

Now, Lime is arguing the selection process was unfair and that because it deployed scooters in the city without asking permission — the Uber model of expansion — the SFMTA intentionally rejected its application despite its qualifications.

“The SFMTA ignored the fact that Scoot’s price is twice that of other applicants, including Lime, and that Scoot declined to offer any discounted cash payment option to low-income users, as required by law,” Lime wrote in a statement today. “SFMTA inexplicably avoided inclusion of these factors as evaluation criteria and instead deemed Scoot ‘satisfactory’ because they ‘agreed to comply.’”

When Lime learned of its rejection on Aug. 30, CEO Toby Sun said he was disappointed and planned to appeal the decision.

“San Franciscans deserve an equitable and transparent process when it comes to transportation and mobility. Instead, the SFMTA has selected inexperienced scooter operators that plan to learn on the job, at the expense of the public good … The SFMTA’s handling of the dockless bike and scooter share programs has lacked transparency from the beginning. We call on the Mayor’s Office and Board of Supervisors to hold the SFMTA accountable for a flawed permitting process. As a San Francisco-based company, this is where we live and work. We want to serve this community.”

Though Lime wasn’t able to successfully sway San Francisco authorities, it was given permission to operate in Santa Monica last month alongside Bird, Lyft and JUMP Bikes.

E-scooters are expected to return to the streets of San Francisco on Oct. 15.

Stationhead allows anyone to become a streaming radio DJ, with live...

GizmoCrazed - November 30, 2017 0
Streaming services like Spotify have turned playlists into one of the main ways to discover new music, but I’d argue that they’re missing some...

Crispr Therapeutics Plans to Launch Its First Clinical Trial in 2018