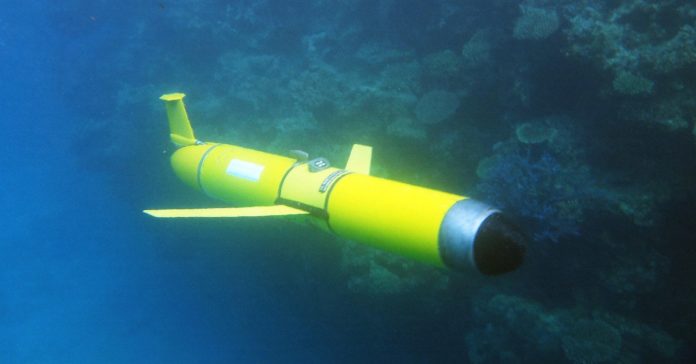 When Hurricane Florence makes landfall on the North Carolina coastline this week, Catherine Edwards will be hoping the super-storm doesn’t veer toward her home in Savannah, Georgia. But even if Florence maintains a safe distance, Edwards will still have an intimate view of the weather: she’s tracking the hurricane’s path with a remote-controlled underwater ocean glider.

Edwards, an assistant professor of marine sciences at the Skidaway Institute of Oceanography, is one of dozens of marine scientists who are gathering data about hurricanes with a new tool: a six-foot long underwater drone, known as a Slocum glider, which carries sensors to measure ocean heat, salinity, and density.

Normally, these torpedo-like gliders travel up and down the East Coast and Caribbean mapping the ocean currents that influence short-term weather, long-term climate change, and marine life. Now, these gliders are part of the scientific armada probing Hurricane Florence for data in an effort to help forecasters understand its trajectory and strength. That armada includes at least a dozen Earth-orbiting satellites, hurricane hunter aircraft, and moored ocean buoys.

“We made a special push to get the gliders out in advance of the hurricane,” Edwards said. “One is off Cape Hatteras and will be measuring what happens in that quadrant of the storm; the other one is off the Georgia-South Carolina border and will be instrumental in measuring the southern half of the storm.”

The gliders measure ocean heat that fuels hurricanes and sends that data back to a shared scientific database used by NOAA’s National Weather Service and other federal weather agencies. Climate scientists say the ocean glider data fills in gaps left by satellite coverage, which only measures the very top of the ocean’s surface and can sometimes lead to errors in hurricane modeling.

“The more information we have about ocean temperature the better we can predict the structure of the ocean surface that can impact how strongly hurricanes can develop and their trajectory,” said Steven Pawson, chief of global modeling and assimilation at NASA’s Goddard Spaceflight Center in Greenbelt, Maryland. “What we get from space is a different view.”

In addition to heat, sensors on the glider pick up salinity levels in the ocean to determine how much freshwater—which tends to be less dense than heavy salt water—is mixing into the ocean from rain or rivers. Other sensors measure ocean pH and the clarity, which indicates how much plankton is in the water.

Already, Edwards says, the gliders are picking up large amounts of freshwater and sediment that has flowed from the coastal Carolinas offshore in recent days. That’s because of recent soggy weather. When Florence dumps tons more rainwater on land (current forecasts call for up to 30 inches in some areas), agricultural runoff, animal waste, and sediment flows out to sea. That in turn can cause low oxygen “dead zones” in the ocean that threaten valuable commercial fishing grounds.

“If you end up with a massive firehose of stuff, you can get [low-oxygen] hypoxia,” Edwards said. “We don’t know yet. It could have a potential impact on near bottom benthic communities and potentially fisheries. We are hoping the gliders can track these events.”

Gliders are just one more tool scientists use to improve forecasts of hurricane strength and direction, and researchers hope that one day they can launch a fleet of the underwater drones into the western Atlantic Ocean to build a three-dimensional picture of deep-sea conditions. Such a network would give coastal residents here in the U.S. that much more certainty of when—and where— the next hurricane might strike.

GizmoCrazed - April 23, 2016 0
SMRT Services just announced that it is partnering with 2Getthere Holding to bring in automated vehicle systems into Singapore. According to the press release, what...