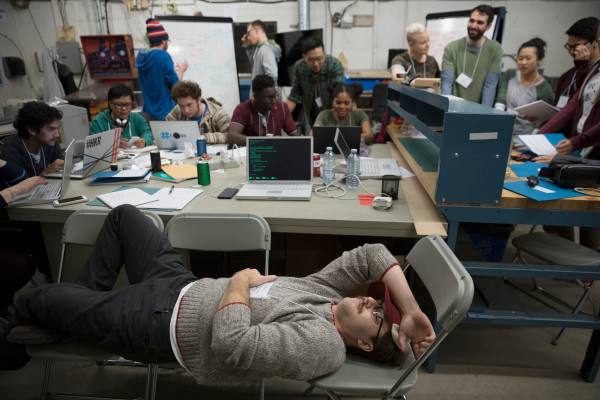 Ask any 25-year old engineer what Labor Day means to him or her, and you might get an answer like: it’s the surprise three-day weekend after a summer of vacationing. Or it’s the day everyone barbecues at Dolores Park. Or it’s the annual Tahoe trip where everyone gets to relive college.

Or simply, it’s the day we get off because we all work so hard.

And while founders and employees in startup land certainly work hard, wearing their 80-hour workweeks as a badge of honor, closing deals on conference calls in an air-conditioned WeWork is a far cry from the backbreaking working conditions of the 1880s, the era when Labor Day was born.

For everyone here in Silicon Valley, we should not be celebrating this holiday triumphantly over beers and hot dogs, complacent in the belief that our gravest labor issues are behind us, but instead use this holiday as a moment to reflect on how much further we have to go in making our workplaces and companies more equitable, diverse, inclusive and ethically responsible.

On September 5th, 1882, 10,000 workers gathered at a “monster labor festival” to protest the 12-hours per day, seven days a week harsh working conditions they faced in order to cobble together a survivable wage. Even children as “young as 5 or 6 toiled in mills, factories and mines across the country.”

This all erupted in a climax in 1894 when the American Railway Union went on a nationwide strike, crippling the nation’s transportation infrastructure, which included trains that delivered postal mail. President Grover Cleveland declared this a federal crime and sent in federal troops to break up the strike, which resulted in one of the bloodiest encounters in labor history, leaving 30 dead and countless injured.

Labor Day was declared a national holiday a few month later in an effort to mend wounds and make peace with a reeling and restless workforce (it also conveniently coincided with President Cleveland’s reelection bid).

The Battle is Not Yet Won

Today in Silicon Valley, this battle for fair working conditions and a living wage seems distant from our reality of nap rooms and lucrative stock grants.  By all accounts, we have made tremendous strides on a number of critical labor issues. While working long hours is still a cause for concern, most of us can admit that we often voluntarily choose to work more than we have to. Our workplace environments are not perfect (i.e. our standing desks may not be perfectly ergonomic), but they are far from life-threatening or hazardous to our health. And while equal wages are still a concern, earning a living wage is not, particularly if the worst case scenario after “failing” at a startup means joining a tech titan and clocking in as a middle manager with a six-figure salary.

Even though the workplace challenges of today are not as grave as life or death, the fight is not yet over. Our workplaces are far from perfect, and the power dynamic between companies and employees is far from equal.

In tech, we face a myriad of issues that need grassroots, employee-driven movements to effect change. Each of the following issues has complexities and nuances that deserve an article of its own, but I’ve tried to summarize them briefly:

Thus, the reversal in sentiment against Silicon Valley this past year is sending a message that should resonate loud and clear — the products we build and the industries we disrupt here in the Valley have real consequences for workers that need to be taken seriously.

Laboring toward a better future

To solve these problems, employees in Silicon Valley needs to find a way to organize. However, there are many reasons why traditional union structures may not be the answer.

The first is simply that traditional unions and tech don’t get along. Specifically, the AFL-CIO, one of the largest unions in America, has taken a hard stance against the libertarian ethos of the Valley, drawing a bright line dividing the tech elite from the working class. In a recent speech about how technology is changing work, the President of the AFL-CIO did not mince words when he said that the “events of the last few years should have made clear that the alternative to a just society is not the libertarian paradise of Silicon Valley billionaires. It is a racist and authoritarian nightmare.”

But perhaps the biggest difference between what an organized labor movement would look like in Silicon Valley and that of traditional organized labor is that it would be a fight not to advance the interest of the majority, but to protect the minority. In the 1880s, poor working conditions and substandard pay affected nearly everyone — men, women, and children. Unions were the vehicles of change for the majority.

But today, for the average male 25-year old engineer, promoting diversity and inclusion or speaking out about improper treatment of offshore employees is unlikely to affect his pay, desirability in the job market, or working conditions. He will still enjoy the privileges of being fawned over as a scarce resource in a competitive job market. But the person delivering the on-demand service he’s building won’t. His female coworker with an oppressive boss won’t. This is why it is ever more important that we wake up and not only become allies or partners, but champions of the causes that affect our less-privileged fellow coworkers, and the people that our companies and products touch.

So this Labor Day, enjoy your beer and hot dog, but take a moment to remember the individuals who fought and bled on this day to bring about a better workplace for all. And on Tuesday, be ready to challenge your coworkers on how we can continue that fight to build more diverse, inclusive, and ethically responsible companies for the future.

This robotic vacuum's camera could let hackers spy on you

Fighting Climate Change, and Building a World to Withstand It

Big Data and the End of Painful, Invasive Medical Procedures

Top 10 Documentaries Of All Time