Here&#039;s the Plan to End Malaria With Crispr-Edited Mosquitoes 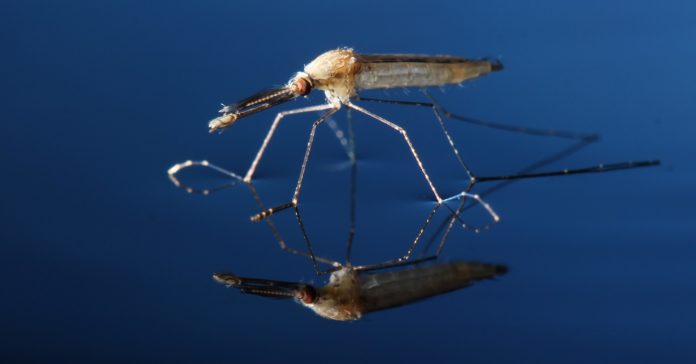 In 2003, scientists at London’s Imperial College hatched a somewhat out-there idea. They wanted to deal with the increasingly pesticide-resistant mosquitoes that were killing half a million people a year by spreading malaria in sub-Saharan Africa. What biologists Austin Burt and Andrea Crisanti proposed was nothing short of hacking the laws of heredity.

By planting a deadly gene in mosquito DNA, and engineering it such that the modification would spread through each generation faster than nature intended, they figured they could completely crash a population with just a few Trojan skeeters. This concept of a “gene drive” was decades-old, but no one had successfully concocted one in a lab, let alone applied it to a global public health scourge.

Fifteen years and $100 million dollars later, the scientists from Imperial College have finally succeeded, at least on the first count. Using Crispr, Burt and Crisanti’s team wiped out caged cohorts of the malaria-touting mosquito Anopheles gambiae in as few as seven generations. The results, published today in Nature Biotechnology, represent the first-ever annihilation of a population of animals via gene drive.

“It’s a really stunning development,” says Omar Akbari, an entomologist at UC Irvine who was not connected to the study. Akbari’s lab works on gene drives to make mosquitoes resistant to malaria, largely because an eradication approach was long believed to be impossible. “There’s just a huge evolutionary pressure on the organism to resist.”

But by exploiting a critical gene without any flexibility for spontaneously mutating its way around the drive, the London team overcame the persistent resistance problem.

“This is the first time we’ve shown that we can, in principle, manipulate the fate of an entire species,” says Crisanti, whose groundbreaking work has been supported in large part by the Bill and Melinda Gates Foundation, the world’s leading funder of gene drive technologies. Beginning in 2011, the researchers formally teamed up with partner institutions in Burkina Faso, Uganda, and Mali to establish local insectaries and field sites to one day test a malaria-eradicating gene drive in the wild. If all goes well, the Gates-backed project, called Target Malaria, could be applying for a permit to field-test Imperial College’s Crispr’d mosquitoes as early as 2024.

More tests have to be done first. While the gene drive worked well in small, 20-cubic centimeter cages with a laboratory strain of Anopheles gambiae, that’s no guarantee it will work in the jungles and savannas of Africa. To understand how the modified mosquitoes will behave in a more realistic environment, the next stage is to test them in larger contained areas, as tall as a person and up to fifteen feet long. This environment (still a far cry from the boundless natural world) can be tuned to mimic the circadian rhythms and atmospheric conditions of the outdoor test sites in Africa they will use in the future. The mosquitoes are expected to take on more natural behaviors, like swarming to find a mate, that were absent in the small cages.

In June, Crisanti’s lab sent a secure box filled with tiny, dark, cucumber-shaped mosquito eggs to a custom-built facility outside of Rome, where this next round of testing is already taking place. There, researchers are beginning to cross the gene drive-loaded lab strain with wild Anopheles gambiae shipped in from test sites in Burkina Faso. Then they’ll study how the modification spreads through these more genetically diverse local strains. And they’ll keep track of how successful those mosquitoes are at finding mates. In order to spread their genetic time bomb through a wild population, they have to be competitive with wild males. All of this data will be collected to submit to regulators whenever Target Malaria is confident they have a product that works.

‘At some point the science will be ready,” says Target Malaria engagement manager Delphine Thizy. “Then it will be a matter of public acceptance and regulatory frameworks that will need to catch up.”

Genetically engineered insects have been released into the environment before—British biotechnology Oxitec pioneered sterile mosquitoes to combat Zika in the Americas—but the question of how to regulate gene drives is still an open one. No country in the world has had to do it yet.

“There are some unique dimensions to this that put us in uncharted territory,” says Jennifer Kuzma, co-director of the Genetic Engineering and Society Center at North Carolina State University. One of the issues is that gene drives are designed to spread. That makes it next to impossible to do confined field trials, as is traditional for genetically modified crops. “We don’t have opportunities to learn from limited tests, that take into account different cultural and geographic landscapes,” says Kuzma. “And I don’t think we’ve really grappled with these questions yet.”

Target Malaria is acutely aware of these limitations. That’s why it’s not jumping straight into testing gene drives. They’re starting out very cautiously with a much less controversial mosquito. Earlier this month, the government of Burkina Faso granted Target Malaria scientists permission to release a strain of Anopheles gambiae genetically engineered with a “sterile male mutation.” None of the 10,000 male mosquitoes the group will release into the wild later this year will be able to produce any progeny of their own.

That sterile strain of mosquitoes was also produced in Crisanti’s lab, and went through the same large-cage testing in Italy before gaining regulatory approval in Burkina Faso. While this single release won’t do much to actually fight malaria—you’d need at least ten times that, dumped into the environment over and over, to make a dent—Target Malaria hopes it will be an important step toward gaining the trust of local communities. And proving to regulators they can track their mosquitoes in the wild.

If the sterile male experiments go well, they’ll step up to something called an “X-shredder,” a genetically engineered mosquito that produces almost entirely male offspring. After a few months, the modification will eventually peter out of the population. So it still won’t be an effective malaria eradication strategy. But it will give regulators more data to go on before considering a full-blown gene drive that could cross borders and persist in perpetuity.

Crisanti thought it would take them at least three more years to get a working eradication engine. But with the technology moving beyond hypotheticals sooner than expected, conversations about the long-term impacts of actually deploying gene drives just got a lot more real.