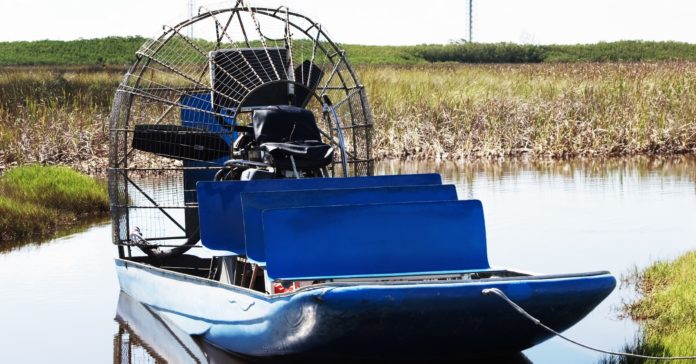 You’re sitting in physics class, working on a traditional problem involving forces and acceleration, when you start to wonder where these terms even came from. Were they just dreamed up to bring anguish to students, or do they have a deeper connection to reality? The study of physics, of course, is a type of science—and all sciences collect experimental data to build models. Forces and acceleration are no different.

Of course we already know the relationship between force and acceleration. You see it in all of your physics books. In one dimension, we get the following mathematical model.

This says that the total force on the object should be equal to the product of the object’s mass and its acceleration. It seems clear that we could just apply a force and measure the acceleration to show that this model is indeed true (and we will).

Many people like to call this model “Newton’s Second Law of Motion,” but I think that presents the wrong idea. It wasn’t only Newton who contemplated the role of force. There were others working on this problem in the 17th century (Galileo, Hooke, Leibniz) and they all made significant contributions.

But how would you build this model using force and acceleration? It’s not too difficult to get a value for the acceleration of a moving object by measuring distance and time. What about the force? How can you both apply a constant force on an object AND keep it constant?

One way to create a constant force is with the gravitational force—just let things fall. Of course that sort of messes up your experiment since you are also changing the object’s mass. So with these problems, Newton and others had to build this force-motion model through other means. They took a theoretical approach using the data from the motion of the planets orbiting the Sun. If the moon orbits the Earth with the same type of interaction that the Earth orbits the Sun, then the acceleration of an object must depend on its mass.

That’s essentially how they built the force-motion model in the 17th century. But you don’t have to do that now. You can verify this model using more modern tools. Here’s how it works.

Let’s take a low friction cart and apply a constant force. How do you do that? It’s not too difficult, but it helps to have one of these battery-powered fans that sticks onto a cart. Here, it looks like this.

I can measure the magnitude of the force from the fan by turning it on and letting it push up against a force probe. With this, it seems to push with a force of about 0.2 Newtons (your fan may vary). I really like using these fans. They don’t always give the best data, but it’s very clear that there is a constant force pushing on the cart.

I can also find the mass of the cart and fan—it’s right around 0.898 kilograms. The only thing left is the acceleration. How do you determine the acceleration of a moving fan?

Honestly, there are plenty of ways to do this. In the low tech version, just let the cart move about 10 centimeters and use a stopwatch to record the time. Then start over and let the cart go 20 cm and record the time. Keep doing this for longer distances until you get bored or run out of track. You can then find the acceleration by plotting position vs. the square of the time—but I don’t want to do this. It takes too long for one measurement.

Another common option is to use a sonic-powered motion detector. This is basically a device that sends out a pulse of sound. The sound travels towards the cart and reflects back to the detector. Based on the time the pulse takes to go there and back along with the speed of sound, it can find the distance to the cart. Since it’s a computer-based system, it can repeat this measurement about 50 times in one second to get position-time data. With that data, it’s not too difficult to find the acceleration.

Now for the fun part. I want to show that the force-motion model (F = ma) works. Instead of just calculating the required force, I want to make a graph. What could I plot that would produce a linear function? No—it’s not force vs. mass. That wouldn’t work. In order to make a linear graph, you need a function that looks like this:

Yes, you’ve probably seen this before. If you plot “y” vs. “x” (where those variables could represent pretty much anything) then this would be a straight line with m being the slope and b the y-intercept. We don’t have the variables for mass and acceleration in this form—so we need to make it look like that. What if I do a little bit of algebra and rewrite the force equation as this:

Boom. That’s it. In this form it’s easier to see that by plotting acceleration vs. one over the mass, the relationship should be linear. But wait! There’s more. It’s not that we get a linear plot, but also that the slope should be meaningful. In this case, the slope of this function should be net-force (which I measured).

Now for the actual plot.

Yes, that looks pretty linear. Also, the slope has a value of 0.191 kg*m/s2 or 0.191 Newtons. That’s pretty darn close to my measured value for the force from the fan. I’m happy. Oh, if you still want to plot mass vs. acceleration, I encourage you to do that. It’s the best way to understand that it’s not a linear plot.

Now for the next experiment. What if I keep the mass of the cart constant and just change the strength of the force? I’ll admit that this is not as easy to do as I would like—but it can be done. The fan I am using runs on four AA batteries—if you run it with just 3 batteries, it will have a reduced force. However, you can only get a few data points this way. Instead, I am going to add a resistor to the circuit and still use 4 batteries. Then by increasing the resistance, I will get a reduced force. Oh, I am going to use 5 batteries too—just for fun.

But what should I plot? Now if I am changing the force and measuring the acceleration, I should be able to just make a plot of force vs. acceleration. But what should the slope be? Go ahead and think about that while I make this plot. Here it is.

If you measure the slope of this line, you get a value of 0.99—but what does this mean? Here is a hint, look at the units. Yes, the slope does indeed have units. In this case it’s the change in the vertical variable (force) divided by the change in the horizontal unit (acceleration). The force is measured in units of Newtons where 1 N = 1 kg*m/s2. So, if you divide this by the acceleration in units of m/s2, you get kilograms. Yes, that’s a mass. The slope of this line should be the mass of the cart plus fan. In this case, I have a measured mass of 0.89 kg—which is a little bit off. However, I think the problem comes from the very small values of force I used in this experiment. Still, it pretty much works.