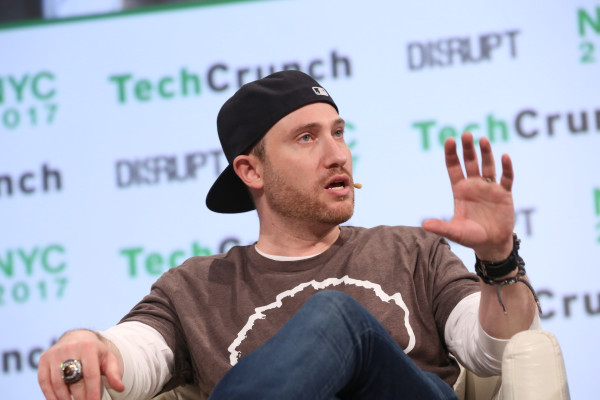 StockX started as a marketplace for reselling sneakers but has since grown to be much more, bringing its transparent and anonymous marketplace to more verticals. Today the company is announcing a $44 million Series B that will help fuel international and domestic growth while letting the company expand to even more product categories and perhaps opening StockX stores.

The idea driving StockX is simple: Provide a marketplace with fair pricing and ensure the merchandise is authentic. The result scales to nearly day-trading in consumer goods in the same vein as oil futures. In some cases, the seller never touches the product. Sneakers and other in-demand products are priced and sold at rates set by the market rather than the seller. If a particular sneaker is in demand, the price increases.

StockX is among the fastest growing startups in Detroit and Michigan and currently employs 300 in Detroit and 50 in Tempe, Arizona. Founded in 2016 by CEO Josh Luber, COO Greg Schwartz and Dan Gilbert, founder and chairman of Quicken Loans, the company has scaled to see more than $2 million in daily transactions and 800,000 users have sold or purchased items on StockX. Today, at an event in Detroit, Luber told the audience that the company is approaching a billion dollar run-rate.

The company has never been capital contrasted and CEO and co-founder Josh Luber told TechCrunch that the company never thought they would have to turn to institutional financing. That’s the comfort of having a billionaire like Gilbert as a co-founder; Luber said Gilbert was always happy to fund StockX.

“We didn’t need money,” Luber told TechCrunch the day before this announcement, adding. “It was really about having external people that that we thought added truly different values than we had around the table.”

Right now the company’s main marketplace centers around sneakers but StockX is built around a platform that works for most ecommerce. It’s a $5 billion market worldwide. Last year the company also launched marketplaces for streetwear, handbags and watches — all verticals with a strong demand in the secondary market.

Scaling the service requires more bodies. Since everything sold on StockX is authenticated — in person — it takes more hands to authenticate more items. With that comes more customer service employees and as the company grows, StockX will need more engineers.

The company is already growing fast but Luber seems ready to double down. In March StockX had 130 people. Today, it’s at 415. He thinks. He confesses it could be a slightly more.

If StockX is going to scale, it needs more employees to ensure the company’s core ethos does not soften. The new round of funding will go far in bringing in the people Luber is seeking including additional members of the C-suite. StockX is running without a CTO, CMO, or CFO — pretty much the entire leadership suite, Luber admits.

It seems this is part of the reasoning behind the funding. The company was not seeking funding but, as Luber tells it, as the company gained attention, investors increasing reached out requesting meetings. Of the meetings they took, there were two firms that meshed with Luber’s vision of growing a marketplace.

StockX says it intends to use the funding to expand internationally. Right now StockX only advertises in the US and only supports purchases in U.S. dollars. Going forward it intends to open up local versions of StockX to better support key markets with support for local currency, language and marketing. The company could also open location operations to make shipping and receiving easier and faster.

“In some of these countries, we have, a pretty decent customer base where people are tendered on a VPN,” Luber said. “There are pictures of people that walk around China with a StockX tag hanging off their shoe.”

Of the four product categories StockX current sells, sneakers and streetwear make up the bulk of the sales. Before expanding to different verticals, Luber tells me there’s a lot of room for growth in each of the current categories but expanding means more employees.

For instance, each streetwear brand is essentially a sub-vertical, he says, adding that if the company launches a new brand StockX has to assemble a staff around it with brand expertise to build the catalog and product authentication process.

StockX is not ready to announce what other type of products it might sell. Street art seems like one they’re exploring.

Despite the growth, Luber remains committed to Detroit. He said the company will always be headquartered in Detroit and was proud to point to the fact that StockX was the second largest tenant in Dan Gilbert’s marquee Detroit building, One Campus Martius. The company also operates a 30,000 square foot facility in Detroit’s Corktown neighborhood.

StockX could come to other cities though, Luber says. The company is talking about what a StockX “in-real-life” experience would look like: It could be retail, a brand experience, accepting products to be sold or additional operation centers. The company is exploring all the obvious candidates including LA, NYC, San Francisco and Portland.