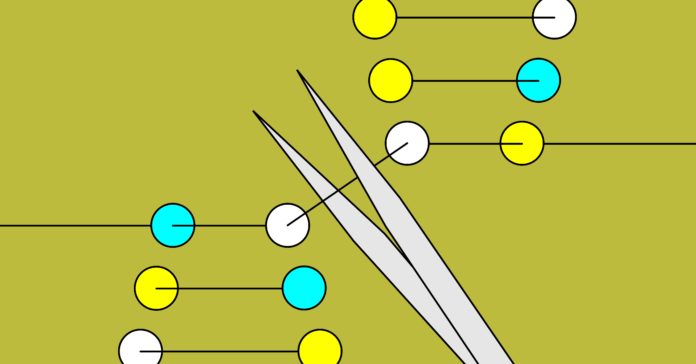 After three bitter years and tens of millions of dollars in legal fees, the epic battle over who owns one of the most common methods for editing the DNA in any living thing is finally drawing to a close. On Monday, the US Court of Appeals for the Federal Circuit issued a decisive ruling on the rights to Crispr-Cas9 gene editing—awarding crucial intellectual property spoils to scientists at the Broad Institute of Cambridge, Massachusetts.

The fight for Crispr-Cas9—which divided the research community and triggered an uncomfortable discussion about science for personal profit versus public good—has dramatically shaped how biology research turns into real-world products. But its long-term legacy is not what happened in the courtroom, but what took place in the labs: A wealth of innovation that is now threatening to make Cas9 obsolete.

This latest legal decision, which upholds a 2017 ruling by the US Patent and Trademark Office, was an expected one, given how rarely such rulings are overturned. And it more or less seals defeat for researchers at the University of California Berkeley, who also have claims to invention of the world-remaking technology.

The Broad celebrated the win while calling for a cease-fire, saying it was time to “work together to ensure wide, open access to this transformative technology.” UC’s general counsel, Charles F. Robinson, struck a less conciliatory note, saying in a statement that the university was evaluating further litigation options. Those could include a rehearing from the same court or appeal to the Supreme Court.

But legal experts say the chances of either happening are vanishingly slim. “It is very possible that there is no path forward for Berkeley in regards to broad patents covering Crispr-Cas9 at this point ,” says Jacob Sherkow a scholar of patent law at New York Law School who has closely followed the case. In addition to the Broad Institute’s claims, UC-Berkeley also has to contend with another foundational patent for Crispr-Cas9 gene editing filed before anyone else in March 2012, by Virginijus Šikšnys, a Lithuanian scientist who shares the prestigious Kavli Prize with Berkeley’s Jennifer Doudna and The University of Vienna’s Emmanuelle Charpentier for their early work on Crispr. The USPTO has since granted his patent. UC didn’t know about it at the time of its own filing because of an 18-month secrecy statute surrounding new applications. “If this was a choose-your-own-adventure book, they just turned all the wrong pages,” says Sherkow.

The University of California isn’t the only loser here; the companies that already placed bets on it being the patent victor must now tread a difficult though not impassable IP landscape. That includes Intellia and Crispr Therapeutics—companies cofounded by Doudna and Charpentier respectively—which are both developing Crispr treatments for human disease. The two firms released a joint statement Monday afternoon underscoring their faith in the strength and scope of UC’s foundational IP. A spokesperson for Intellia also said in an email that the Federal Circuit decision will not impact the company’s freedom to operate going forward.

For all the ferocity that fueled the fight from its outset, Monday’s decision was met with muted interest from inside the halls of science to the crowded trading floors of Wall Street. That’s because a lot has changed since the first gene editing pioneers filed the original Crispr-Cas9 patents. In 2012, Cas9 was the entire Crispr universe. That little enzyme powered all the promise of Crispr gene editing, and the stakes for owning it couldn’t have been higher. Scientists didn’t yet know that biology would prove to be more creative than patent lawyers. They still had no notion of the vast constellations of constructs and enzymes that could be engineered, evolved in a lab, or harvested from the wild to replace Cas9.

Since then though, the fast-moving field of Crispr biology has yielded more than just alternative pairs of molecular scissors. Researchers have updated the Crispr system to manipulate the code of life in myriad novel ways—from swapping out individual DNA letters to temporarily flipping genes on and off to detecting dangerous infections. And they’ve unearthed dozens of Crispr enzymes of still unknown functions that might one day solve problems scientists haven’t even thought of yet.

The rush of discoveries and inventions has led to a full-blown patent race, says Sherkow, with anyone who found any new variation racing to file IP protections. The irony is that as the universe of Crispr expands, owning a part of it becomes less and less valuable. “Twenty years from now, when the umpteenth drug gets approved using Crispr and some nuclease named Cas132013, people are going to look back on this patent battle and think, ‘what a godawful waste of money,’” says Sherkow.

He expects that the field will eventually reach a point where the value of each new Crispr patent is so low that researchers don’t bother going through all the paperwork and spending the thousands of dollars necessary to file an application. Already, biotechnologists are beginning to learn this lesson in adjacent fields; a land grab for patents is not the only way to go.

The Biobricks Foundation is a nonprofit dedicated to supporting the development of an open-source biotechnology commons. In 2015, it created a legal framework for scientists to put their discoveries in the public domain, safeguarding them from being patented elsewhere, and ensuring that anyone can access them. So far, the organization has begun to stockpile gene sequences for useful tools like fluorescent proteins. Linda Kahl, Biobricks’ senior counsel and a director there, says they’re still waiting for a group to design an open-source Crispr system. “That’s a gauntlet that’s in front of researchers,” she says. With the ashes of the patent fight still glowing, it might be too soon to expect anyone to give a Crispr tool away for free just yet. But it probably won’t take long.

GizmoCrazed - March 11, 2013 2
There is no doubt that a healthy diet is essential to a healthy lifestyle and body, but there are so many myths and lies...

Fighting Climate Change, and Building a World to Withstand It

Why Do Zebras Have Stripes? Mystery Solved, Scientists Have The Answer