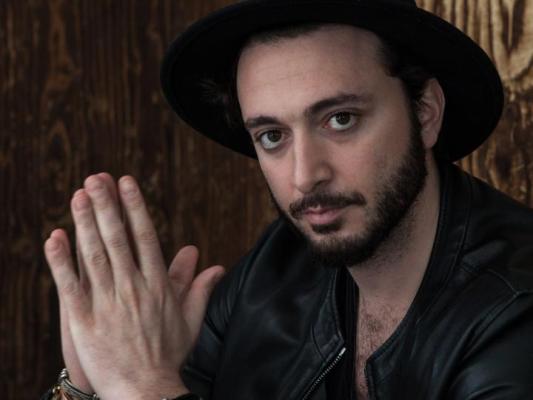 Earlier this year we saw the headlines of how the users of popular voice assistants like Alexa and Siri and continue to face issues when their private data is compromised, or even sent to random people. In May it was reported that Amazon’s Alexa recorded a private conversation and sent it to a random contact. Amazon insists its Echo devices aren’t always recording, but it did confirm the audio was sent.

The story could be a harbinger of things to come when voice becomes more and more ubiquitous. After all, Amazon announced the launch of Alexa for Hospitality, its Alexa system for hotels, in June. News stories like this simply reinforce the idea that voice control is seeping into our daily lives.

The French startup Snips thinks it might have an answer to the issue of security and data privacy. Its built its software to run 100% on-device, independently from the cloud. As a result, user data is processed on the device itself, acting as a potentially stronger guarantor of privacy. Unlike centralized assistants like Alexa and Google, Snips knows nothing about its users.

Its approach is convincing investors. To date, Snips has raised €22 million in funding from investors like Korelya Capital, MAIF Avenir, BPI France and Eniac Ventures. Created in 2013 by 3 PhDs, and now employing more than 60 people in Paris and New York, Snips offers its voice assistant technology as a white-labelled solution for enterprise device manufacturers.

It’s tested its theories about voice by releasing the result of a consumer poll. The survey of 410 people found that 66% of respondents said they would be apprehensive of using a voice assistant in a hotel room, because of concerns over privacy, 90% said they would like to control the ways corporations use their data, even if it meant sacrificing convenience.

“Сonsumers are increasingly aware of the privacy concerns with voice assistants that rely on cloud storage — and that these concerns will actually impact their usage,” says Dr Rand Hindi, co-founder and CEO at Snips. “However, emerging technologies like blockchain are helping us to create safer and fairer alternatives for voice assistants.”

Indeed, blockchain is very much part of Snip’s future. As Hindi told TechCrunch in May, the company will release a new set of consumer devices independent of its enterprise business. The idea is to create a consumer business that will prompt further enterprise development. At the same time, they will issue a cryptographic token via an ICO to incentivize developers to improve the Snips platform, as an alternative to using data from consumers. The theory goes that this will put it at odds with the approach used by Google and Amazon, who are constantly criticised for invading our private lives merely to improve their platforms.

As a result Hindi believes that as voice-controlled devices become an increasingly common sight in public spaces, there could be a significant shift in public opinion about how their privacy is being protected.

In an interview conducted last month with TechCrunch, Hindi told me the company’s plans for its new consumer product are well advanced, and will be designed from the beginning to be improved over time using a combination of decentralized machine learning and cryptography.

By using blockchain technology to share data, they will be able to train the network “without ever anybody sending unencrypted data anywhere,” he told me.

And ‘training the network” is where it gets interesting. By issuing a cryptographic token for developers to use, Hindi says they will incentivize devs to work on their platform and process data in a decentralized fashion. They are starting from a good place. He claims they already have 14,000 developers on the platform who will be further incentivized by a token economy.

“Otherwise people have no incentive to process that data in a decentralized fashion, right?” he says.

“We got into blockchain because we’re trying to find a way to get people to participate in decentralized machine learning. We’ve been wanting to get into consumer [devices] for a couple of years but didn’t really figure out the end goal because we had always had this missing element which was: how do you keep making it better over time.”

“This is the main argument for Google and Amazon to pretend that you need to send your data to them, to make the service better. If we can fix this [by using blockchain] then we can offer a real alternative to Alexa that guarantees Privacy by Design,” he says.

“We now have over 14000 developers building for us and that’s really completely organic growth, zero marketing, purely word of mouth, which is really nice because it shows that there’s a very big demand for decentralized voice assistance, effectively.”

It could be a high-risk strategy. Launching a voice-controlled device is one thing. Layering it with applications produced by developed supposedly incentivized by tokens, especially when crypto prices have crashed, is quite another.

It does definitely feel like a moonshot idea, however, and we’ll really only know if Snips can live up to such lofty ideals after the launch.