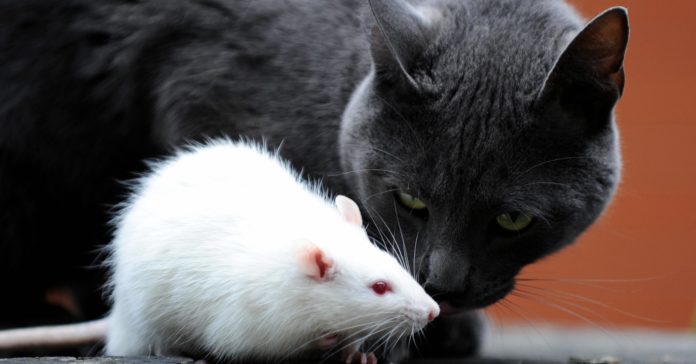 In the summer of 2017, Michael Parsons found the urban rat haven of his dreams: A Waste Management transfer station—aka a literal trash heap, aka rat paradise—in Brooklyn, New York. For nearly two years, the behavioral ecologist and visiting scholar at Fordham University had been searching for a place to observe the city-dwelling rodents in their natural habitat.

Trouble was, he needed to not only capture the critters and tag them, but then to set them free. Rats are wildly, wildly successful animals, a success that comes at great expense to human health and commerce. They spread disease, gnaw through infrastructure, and demolish foodstores, a cumulative devastation that costs tens of billions of dollars a year. But to stop them, researchers first have to study them. “As the saying goes: Know thy enemy,” Parsons says. “And the only way to know a rat is to catch it and release it, so you can observe it.”

As it happened, lots of New Yorkers were ok with Parsons and his colleagues catching their rats, but almost nobody was cool with the releasing part. So when he and his colleagues found a waste processing facility willing to let them do their thing, they were beside themselves. “I’m talking about grown men and women in tears here,” Parsons says, “because this research is that important, and it’s incredibly difficult to do.”

But a few months into their investigation, they discovered with horror that five feral cats had infiltrated the waste treatment facility and begun patrolling the entrances to the rats’ burrows.

At first, Parsons and his colleagues assumed that the felines posed a mortal threat to their subjects. Then it hit them: They actually had no idea how the rats would respond. Few studies have documented interactions between feral cats and a wild rats. To a behaviorist like Parsons, the cats’ surprise arrival presented an irresistible opportunity. They decided to let nature take its course.

Their observations, which the researchers recount in the latest issue of Frontiers in Ecology and Evolution, revealed the cats to be miserable predators of rats—a finding that not only contradicts popular perception, but also adds to growing evidence that feral cats, which are increasingly deployed by major cities across the US to tamp down on rampant rat populations, may pose a far greater threat to smaller, more vulnerable urban wildlife.

Parson had designed his original experiment to investigate how concentrated rat pheromones attract and repel other rats. That set-up turned out to also be perfect for studying cat-rat interactions. Prior to the cats’ arrival, he and his colleagues had caught some 60 rodents, each of which they weighed, measured, and implanted with a microchip before releasing it back into the dusty bowels of the waste-processing center. In a corner of the facility heavily trafficked by rats, the researchers installed two camera traps and a pair of RFID antennas, which they smeared with various rat pheromones. Every time a chipped animal passed an antenna, a data logger recorded its presence. Meanwhile, the cameras captured video footage of the rats’ behavior in the presence of different pheromones.

When the feral cats showed up, the researchers started to monitor instead how the rats behaved in the presence of the cats—and vice versa. “That was the cool part,” says Greg Glass, a disease ecologist at the University of Florida and an expert in rat-control strategies, who was unaffiliated with the study. “It’s one thing to show that cats don’t have much of an impact on rat populations, but the microchips and the cameras let these researchers ask, ok, so if the cats aren’t killing the rats, then what are they doing, exactly?”

The answer: Not much. In 79 days, the cameras recorded 306 cat-rat videos, but only 20 instances of stalking and just two successful kills. In fact, the vast majority of the time, the cats showed basically zero interest in the rats.

It might be that the rats are too big and scrappy for the cats to bother hunting. Parsons says cats favor smaller prey like mice and birds, which typically weigh in at under 30 grams. In contrast, the rats at the Brooklyn waste-treatment facility weigh, on average, 339 grams. “That’s just under a pound, but it’s still a lot of rat,” Parsons says. A bigger rodent makes for bigger teeth, bigger claws, and a greater risk of injury to a cat. That might be why the researchers never recorded one snagging a rat on the open floor. The only two kills the researchers caught on video occured when a cat managed to ambush a cornered rat.

Not that the cats had no effect: Videos also showed rats spending less time in the open and more time seeking shelter. That observation jibes with anecdotal evidence from programs that distribute spayed and neutered cats to homes and businesses struggling with rat infestations. “People don’t tell us they’ve seen an increase in rodent carcasses,” says Lauren Lipsey, vice president of community programs at the Humane Rescue Alliance in Washington DC, which has been hiring out feral cats through its Blue Collar Cats program since January 2017. “They tell us that rats are no longer burrowing under their yards and patios—that the cats are just kind of keeping rats away.”

But from a pest-control standpoint, keeping rodents out of sight isn’t much of a victory. In fact, it’s probably not even a draw; just because you see fewer rats doesn’t mean they aren’t around, breeding and proliferating as they’re wont to do. “Rats are already very smart,” says Glass, who served for many years on the Mayor’s commission on rat control in Baltimore, Maryland. Oftentimes, he says, when you put pressure on them, “they just get a little smarter.”

There’s also the cats’ devastating influence on other urban wildlife to consider. Evidence suggests their impact on birds and small mammals is tremendous, and far greater than it is on rats. In 2013, researchers reporting in the journal Nature Communications estimated that cats kill as many as 4 billion birds and 22 billion mammals in the US every year—a statistic that likely makes them “the single greatest source of anthropogenic mortality for US birds and mammals.”

“To me, that suggests the risks of releasing cats far outweigh the rat-control benefits,” Parsons says, who emphasizes that more research is needed. But in this particular waste treatment facility, in this particular Brooklyn neighborhood, the rats appear to be getting on just fine.

How Bad Is It to Hold in a Poop?

GizmoCrazed - December 25, 2017 0
Holding in your poop because you don’t like pooping in public? Well, you aren’t doing yourself any favors. (Credit: Shutterstock) You know the feeling when...

Steam Power: Still Moving Us, Even in the 21st Century

Space Photos of the Week: Inside the Nebulae Where Stars Are...