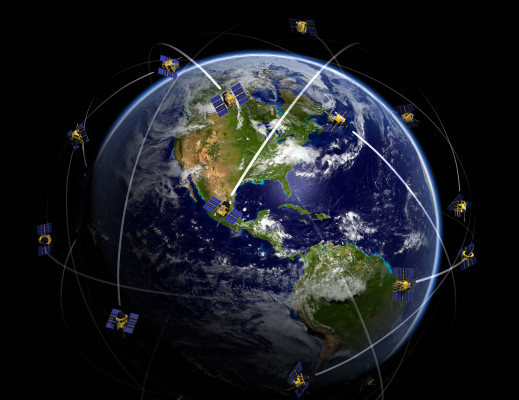 California plans to launch a satellite to monitor pollution in the state and contribute to climate science, Governor Jerry Brown announced today. The state is partnering with satellite imagery purveyor Planet to create a custom craft to “pinpoint – and stop – destructive emissions with unprecedented precision, on a scale that’s never been done before.”

Governor Brown made the announcement in the closing remarks of the Global Climate Action Summit in San Francisco, echoing a pledge made two years ago to scientists at the American Geophysical Union’s 2016 meeting.

“With science still under attack and the climate threat growing, we’re launching our own damn satellite,” Brown said today.

Planet, which has launched hundreds of satellites in the last few years in order to provide near-real-time imagery of practically anywhere on Earth, will develop and operate the satellite. The plan is to equip it with sensors that can detect pollutants at their point sources, be they artificial or natural. That kind of direct observation enables direct action.

Technical details of the satellite are to be announced as the project solidifies. We can probably expect something like a 6U CubeSat loaded with instruments focused on detecting certain gases and particulates. An orbit with the satellite passing across the whole state along its north/south axis seems most likely; a single craft sitting in one place probably wouldn’t offer adequate coverage. That said, multiple satellites are also a stated possibility.

“These satellite technologies are part of a new era of environmental innovation that is supercharging our ability to solve problems,” said Fred Krupp, president of the Environmental Defense Fund. “They won’t cut emissions by themselves, but they will make invisible pollution visible and generate the transparent, actionable, data we need to protect our health, our environment and our economies.”

The EDF is launching its own satellite to that end (MethaneSAT), but will also be collaborating with California in the creation of a shared Climate Data Partnership to make sure the data from these platforms is widely accessible.

More partners are expected to join up now that the endeavor is public, though none were named in the press release or in response to my questions on the topic to Planet. The funding, too, is something of an open question.

The effort is still a ways off from launch — these things take time — but Planet has certainly proven capable of designing and launching on a relatively short timeframe. In fact, it just opened up a brand new facility in San Francisco dedicated to pumping out new satellites.