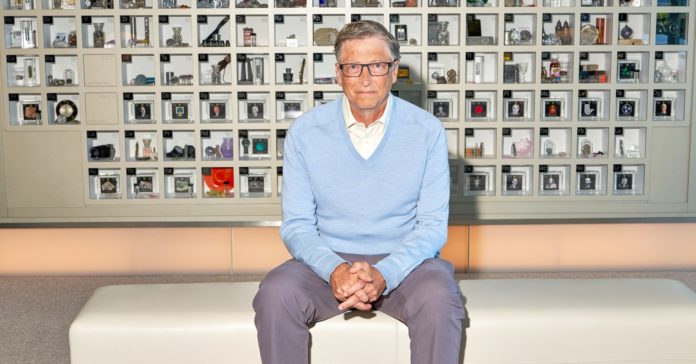 Stephen Quake, professor of bioengineering and applied physics at Stanford University and copresident of the Chan Zuckerberg Biohub

Few things trouble me as much as the fact that many cutting-edge medical advances aren’t available to everyone who needs them. Many lifesaving procedures require specialized equipment and trained technicians. If you don’t have a lot of money or live near a major hospital, you’re out of luck.

Stephen Quake wants to change that. By sampling the small amount of genetic material that circulates in the bloodstream, he’s replacing invasive, often painful procedures with cheaper, easier blood tests. He’s built a career out of turning highly specialized procedures into something simple that can be done anywhere, including the most remote places in the world.

Consider, for example, that doctors do not have a good way to predict if a baby will be born prematurely. This information would be lifesaving, as more than 600,000 infant deaths a year are caused by premature birth. In June, Quake and his team published a groundbreaking study (which our foundation helped fund) that showed you can predict a woman’s due date within a two-week window from a blood test. It works by looking at how RNA in her blood changes over the course of a pregnancy. We’re years away from doctors using this test during a checkup, but it could have a big impact worldwide. If a woman knows she might deliver early, she can work with her doctor to minimize risks.

The prematurity test is just the latest remarkable innovation from Quake. I first met him in 2007 when he was working on a blood test to detect genetic disorders like Down syndrome in a fetus. In the past year alone, more than 3 million women have taken it. Many of them were then able to avoid amniocentesis, the invasive and sometimes risky procedure previously required.

Quake and others are also pioneering research into blood tests for infectious diseases and even some cancers. Just like Quake’s prematurity screening, these tests are potentially less costly and require minimal training. Any health provider, anywhere in the world, could draw a blood sample and mail it to a lab for analysis.

I believe that noninvasive blood tests are the future of health care. More accurate, less expensive, and earlier diagnosis of issues will revolutionize how we treat people and prevent disease while reducing costs. This is the direction medicine is headed, and Stephen Quake is leading the way.