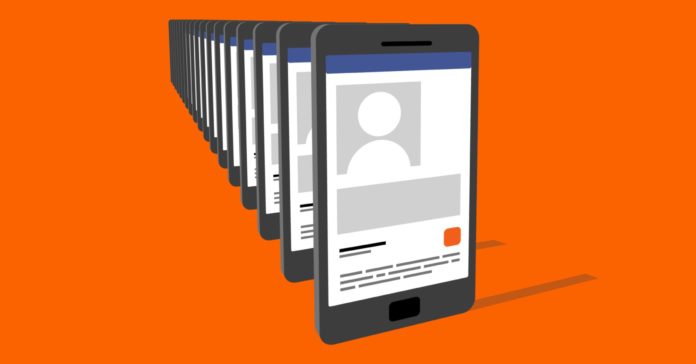 First the phones gave. They gave connection and communication. Then they gave music and movies and maps. Then came the apps, and with the apps came… well… everything. And we took it all gladly. But somewhere along the way, the phones began to take, too. They took our attention, distracting us from dates and family dinners. They took our time, devouring hours of our days a few minutes at a time. Public health officials suspect they’ve even taken lives, by contributing to a recent rise in traffic fatalities.

Now, more and more, we want those things back. And as the conversation around tech is increasingly framed in terms of its impact on public health, the question of responsibility for our lopsided relationship with technology becomes more fraught. In a matter of months, the burden of responsibility has managed to spread between individual users, private companies, and governments. And as we determine how to assign culpability and accountability, lessons from the field of public health suggest we should watch carefully to make sure the balance doesn’t tip too far in one direction.

Maybe you think that the responsibility lies with tech giants—the ones that gave us the phones and apps and trained us to check them all compulsively. And you’re partially right. This year has seen Silicon Valley’s biggest companies respond like never before to consumer and investor pressure to restore some of what they’ve taken. In recent months, Google and Apple unveiled system-level tools designed to help users monitor their screen time and restrict their use of apps. Last week, Facebook and Instagram debuted similar features that will live directly inside their applications. The implication of these companies’ actions is clear, if softly stated: People want help unplugging from our products, and they are in a position to help.

But tech companies aren’t the only ones shouldering responsibility for your digital well-being. Increasingly, governments are interceding. A new law in Georgia prohibits drivers from so much as touching their devices unless they’re parked. A bill recently introduced in Congress with bipartisan, bicameral support requested $95 million to study tech’s impact on kids. And in one of the most dramatic government interventions to date, France last week enacted a nationwide ban on smartphone use in schools—a measure French education minister Jean-Michel Blanquer has called “a public health message to families.”

After all: Managing digital dependence has become the responsibility of individuals, as well, hasn’t it? The emerging genre of self-help books that urges people to take control of their technology habits by “finding balance” and “breaking up” with their phones certainly indicates as much. So do the appeals by organizations like Common Sense Media, which implore parents to play an active role policing the quantity and quality of their children’s screen time.

And all that shared responsibility? It’s a good thing—at least in theory. “In matters of public health, you always need a balance to minimize harms,” says Mark Gottlieb, executive director of the Public Health Advocacy Institute and an expert in the origins of responsibility rhetoric in the tobacco and food industries. What the public should pay close attention to, he says, is how that responsibility is allocated.

Think back to those new time-management tools from Apple, Google, Facebook, and Instagram. “It can seem like they’re taking responsibility, but in a sense they’re actually shielding themselves by placing the onus back on users” says Gottlieb. Nevermind if those tools don’t wind up helping people. (Time will tell, but data from screen-tracking tools like Moment suggest monitoring usage and setting limits on apps does little to reduce the time people spend on their phone). Like warning labels on cigarettes, screen tracking features might provide users with information they’re not fully able to process or act upon. “And if anything bad happens to the user, well, they were warned,” Gottlieb says. “It gives companies a way to defend themselves from criticism by saying, look, we gave you the tools to address the problem, so it’s on you.”

To be clear: Smartphones are not the new cigarettes. The latter is the deadliest technology ever conceived and offers little if any value to society, while the former carries with it monumental, undeniable benefits. I don’t even mean to suggest that smartphones are addictive in the clinical sense, for oh so many reasons. But as public concern over the drawback of digital devices continues to mount, the challenges faced by technology giants could bear an increasingly close resemblance to those met by big tobacco. (If anything, technology’s dual-use nature will make its trials more vexing—not less.) In the months and years to come, as public, private, and political conceptions of accountability become less malleable, ensuring that tech companies continue to take responsibility for their products will depend as much on all of us as it does on them.

GizmoCrazed - December 18, 2017 0
Amazon’s Echo lineup got a refresh earlier this year that included a brand new version of its basic Echo, well as an Echo Plus...

Encyclopedia Britannica Dies At The Hands Of Wikipedia [INFOGRAPHIC]

Pictures Of Lunar Eclipse From Around The World — December 2011