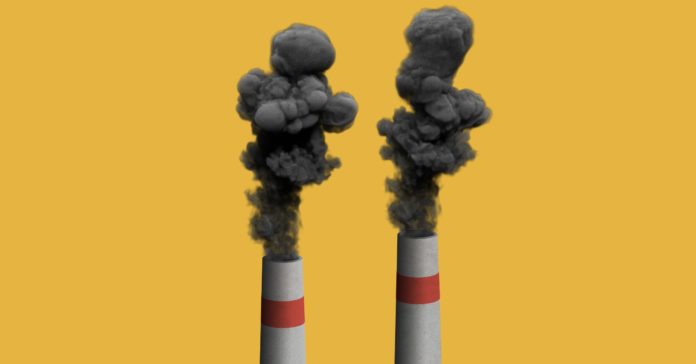 Kamita Gray and her mom have spent a lot of time volunteering at Brandywine Elementary School, helping kindergarteners learn to write their names and making sure everyone has a turkey on Thanksgiving and Christmas. Every time they’re at the Maryland school, they’re struck by the heavy black smoke from diesel trucks roaring by, en route from construction sites or delivering mining waste to dumps.

Within a 15 mile radius of the predominantly African-American community of Brandywine, you can go on a grand tour of environmental hazards, seeing everything from a sludge lagoon to a coal waste site. By 2019, when two new plants start running, Brandywine will have three large fossil fuel power plants within 2.9 miles—clustered right by the elementary school. Nowhere else in Maryland has as many.

Because Brandywine is an unincorporated community, there’s no mayor or town council to advocate for it. The county representative didn’t show up to the power plant hearings between 2013 and 2015. The plant approval process in Maryland doesn’t require air quality data to be collected before construction—and the closest functioning air quality station is 30 miles away. So Brandywine’s residents have never been able to compare air quality data before and after a new industrial site was built to see if things had gotten worse. As the new plants were approved, Gray, in her role as president of the Brandywine TB Neighborhood Coalition, was left to worry over how the heavy industrial pollution would affect local health.

In October 2016, though, Gray caught a break. She was in Washington, DC, giving a presentation about Brandywine’s problems at a conference about vulnerable communities, when her talk captured the attention of Melissa Goodwin, a project manager with Thriving Earth Exchange, a non-profit founded in 2012 that matches communities with scientists to solve local issues. Goodwin introduced Gray to Akua Asa-Awuku, an air quality expert who had just settled in at the University of Maryland. And for the past year, Gray and Asa-Awuku have been working to address one of the biggest roadblocks in Brandywine—the lack of data on its air quality.

With Asa-Awuku’s help, Gray and the BTB Coalition want to collect their own data. They hope it can convince the state of Maryland that Brandywine needs a comprehensive environmental health assessment, and possibly a moratorium on all new industrial projects. But the path forwards is difficult. “Unless the data is collected in a scientifically rigorous way, neither the state nor the EPA will consider [it],” says Gray. Air quality monitors that meet federal regulations cost $100,000, and so far, none of Asa-Awuku’s requested applications for grant money have been awarded. If nothing comes through, she plans to enlist the use of the two air quality monitors already present in her lab. They could then sample the air pollution in Brandywine for two years—long enough to get measurements before and after the power plants start operations.

Brandywine’s predicament also drew in Sacoby Wilson, a public health expert at the University of Maryland. He’s been doing community-engaged work since before TEX was founded, and he and Asa-Awuku are now collaborating on some aspects of helping Brandywine. Last year, he drove to Brandywine three times, with undergraduate and graduate students in tow, to do a short air quality sampling campaign. They tested both the parking lot of the elementary school and a playground, using $260 sensors that Wilson had purchased through small university grants and that are light enough to be worn on a string around your neck.

This is exactly the sort of data that neither the EPA nor the Maryland Department of Environment will consider for actual regulatory action; but it is data that Brandywine residents can be trained to collect and act on themselves. “We want to make the community self-sufficient when it comes to figuring out what sensors to use, what chemicals to look at, where to map,” says Wilson. Because the sensors are cheaper, Brandywine would be able to afford more of their own, and make a map of how air quality changes between a roadway, a house, or a landfill. Then they could schedule outdoor activities like exercise for when air quality is best.

In February, Gray, Wilson, and Asa-Awuku started holding Brandywine community forums. “We left on kind of a high” after the first meeting, says Asa-Awuku, having explained the various health effects of air pollutants like particulate matter and lead. Some parents hadn’t realized that toxins in the air are linked to respiratory problems, especially in children, and started sharing stories of asthma and bronchitis in their toddlers. Wilson talked about environmental justice—the ways in which communities of color are often burdened with the environmental impacts of local industrial sites.

Not all TEX programs have succeeded. Six projects fell apart early on, sometimes because the partner community was overwhelmed by other responsibilities. But still, TEX projects have sprung up from Eugene, Oregon, to rural Kentucky, and new ones are coming online. Working with a core staff of four, TEX has launched over 80 projects since 2012, 35 of which have been completed.

TEX or no TEX, a crucial piece is still missing from grassroots community-science partnerships: funding. In Brandywine, there’s no money to buy air quality monitors, or to create educational materials for the community forums. Wilson points out that public health specialists and social scientists have been doing community-engaged work for decades, much of it under-funded. TEX doesn’t change that. “Academia incentivizes the science of inquiry, not the science of engagement,” he says. “We have to change academia so that community-engaged research is valued more than it currently is.”