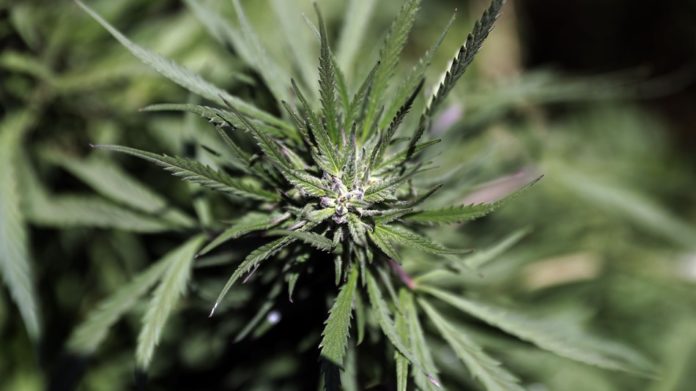 Nothing harshes a good mellow like sick buds. Thankfully, there may one day be an app for that.

Hidden from the hazy Friday afternoon of Las Vegas, tucked away in the basement of the Flamingo casino, a group of likeminded hackers and security researchers gathered to explore “DIY cannabis tech” at DEF CON’s Cannabis Village. One researcher in particular, Harry Moreno, told the rather laid-back crowd that he believed that machine learning could one day solve a huge problem for home-grow enthusiasts: determining whether or not, and in what capacity, a marijuana plant is sick.

Taking inspiration from computer scientists at Stanford who taught AI to identify skin cancer, Moreno figured he could do something similar for weed. Enter chronicsickness.com, a website which, in its current form, allows you to upload a picture of your buds and get a health score back.

“Chronic sickness is a project to create a human-level diagnosis tool for Cannabis plants,” reads an explainer on his site.

We ran a photo of marijuana through Chronic Sickness, specifically the Getty photo above, and received — with a .81 confidence level — the good news: That bud is healthy. 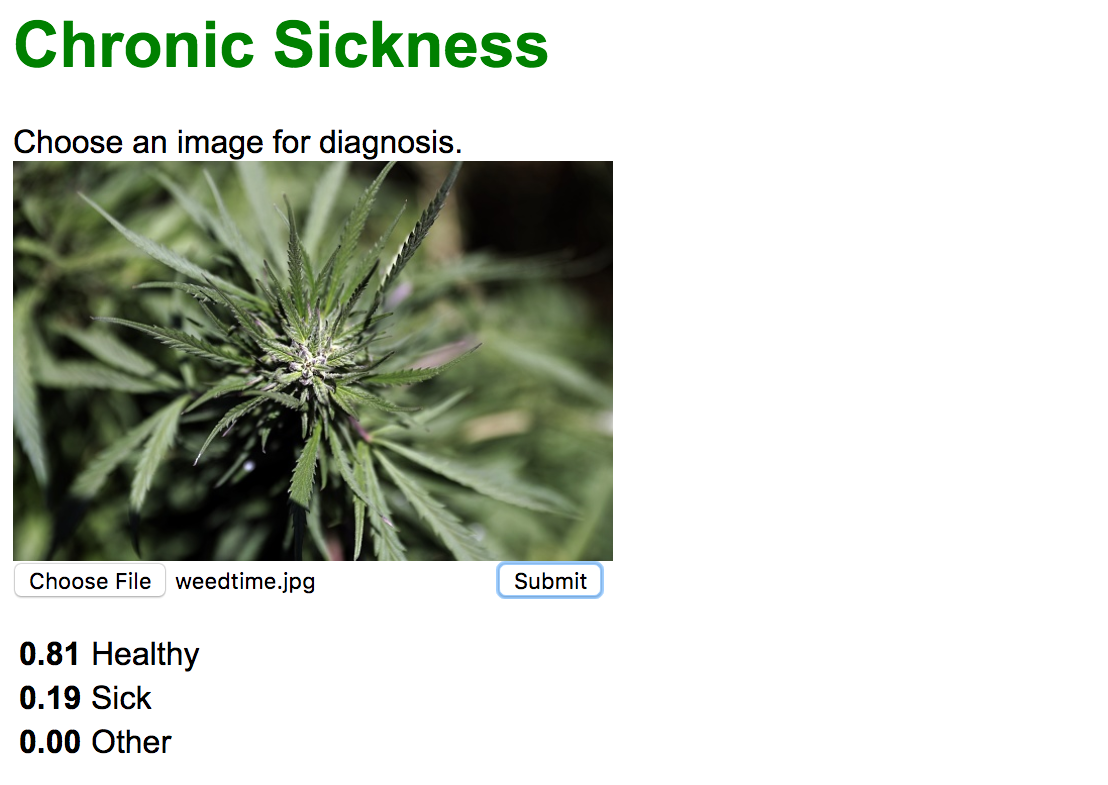 That Getty image weed pictured above is certified dank.

Right now the Chronic Sickness model only works with 80 percent accuracy, but Moreno blames that on the size of his training dataset — he only started with 3,000 images. One day, he told the crowd, he hopes his model will not only be able to tell if a plant is sick but what specifically is the sickness in question.

You got mold? How about spider mites? Chronic Sickness will hopefully be able to answer those burning questions.

Monero envisions someone in a field or a basement simply snapping a picture of their plant with a smartphone, uploading that photo to chronicsickness.com, and getting a diagnosis back in seconds.

“Let’s make a free predictive model for cannabis disease,” he implored those gathered. And if anyone in attendance just so happened to have a huge dataset of labeled marijuana photos, well, Moreno very much wanted to speak with you.

After all, Monero can’t do this alone. Changing the way we diagnose sick marijuana plants for the betterment of stoner mankind takes a (cannabis) village.

GizmoCrazed - December 7, 2017
0
Some carmakers are talking a lot about the potential of shared mobility services and alternatives to car ownership, but Volkswagen’s MOIA is actually going...

iPhone 5 To Have Thinner And Tapered Design [RUMOUR]