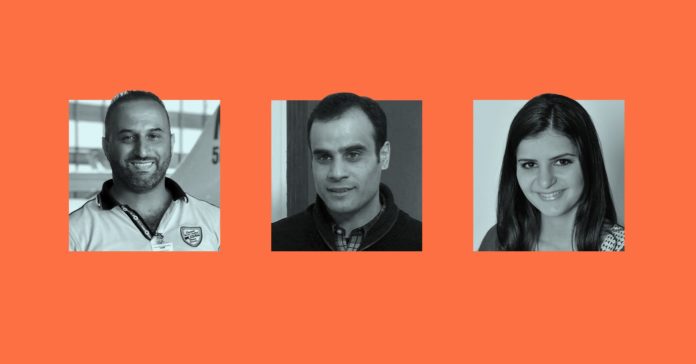 A large yet tidy refugee camp rises from the desert near the Syrian-Jordanian border. Most people wouldn’t think of this as a hub of innovation, but nevertheless, a science and technology show has arrived with cameras and microphones. They’re interviewing officials from UNICEF who describe the techniques they developed to safely remove sewage from the camp. Another week, and the cameras arrive in Stockholm to watch a new type of drone make its way through a dark tunnel.

The show in question is 4Tech, a program on the BBC Arabic that since 2011 has attracted viewers in a market dominated by glitzy Arab versions of reality shows like “The Voice” and “Who Wants to Be a Millionaire.” It’s estimated that over 300 million Arabs have access to TV, and although there’s no consistent viewership statistics, media analysts estimate based on 4Tech’s YouTube views and 1.3 million Facebook followers that the show’s audience size, while not astronomical, is pretty good for the market.

That may have something to do with the show’s format. There’s not much sitting around on 4Tech; the show’s three presenters go wherever their guests’ work takes them. In a given thirty minute episode, you might watch a host test for counterfeit medicines at a roadside pharmacy in Ghana, try out a wetsuit in cold Russian waters, or peek into a zebrafish lab in Iceland.

Science and technology content featured in Arab media is often relegated to a three-minute weekly segment on a morning TV show. Not that there’s no appetite for STEM programming; Arab media experts say people are interested. But the STEM that does show up has to be compelling, says Rasha Allam, an expert on Arab media at the American University in Cairo.

4Tech isn’t the Arab-speaking world’s only science program, but the market isn’t crowded, either. A similar, now-canceled show called iTech used to run on the Al-Hurra television channel. Joe Khalil, who studies Arabic television at Northwestern University in Qatar and has worked as a producer and consultant with Arab satellite channels, points out that both BBC Arabic and Al-Hurra are funded by a non-Arab source (the British government funds the BBC Arabic, the US Congress funds Al-Hurra). Neither one is overly reliant on commercial or corporate revenue. A third science-driven Arabic show, Stars of Science, a start-up funding competition, is produced by the non-profit Qatar Foundation. Whether a science-driven show could attract commercial and corporate interest, Khalil says, is still unknown. Given the lack of comprehensive ratings data, Allam says producers might think a science show is too risky.

4Tech has visited labs across the globe, from Japan to West Africa to Cuba—but Dalia Haidar, one of the three presenters, says that many of the show’s segments highlight Arab researchers who otherwise don’t have a platform to present their work. The exposure encourages more innovators. (They also try to maintain a gender balance, though sometimes that’s difficult in a male-dominated field; a review of all 4Tech segments posted on the Facebook page since July 1 reveals that women were interviewed for about 20 percent of segments.)

By showcasing technology from the Arab world and beyond, Allam says the show helps to build bridges between people. “We see we are not apart from each other, and we all care about developing a better world.” She recalls a 4Tech episode that focused on solar panels in Spain. It reminded her of similar projects springing up in Egypt. “It was kind of interesting to see what they have and what we have, and I found that there were similar concerns.”

4Tech has visited famous halls of science, like the Large Hadron Collider near Geneva. But they also visit places not known for the latest scientific research. Two years ago they took a trip to Ghana, ending up at a dusty, roadside pharmacy to try a new mobile app that helps shoppers identify counterfeit, potentially harmful medicine. “People know that top technology exists in places like the US and Japan,” says lead presenter Nassim Ramadan; their show can highlight lesser-known examples of innovation.

Will there be more shows like 4Tech in the future? Adel Iskandar, an expert in Arab communication from Simon Fraser University, says the program’s popularity suggests it’s possible. BBC Arabic estimates the entire channel attracts 36 million weekly viewers, counting TV and internet. For the moment, viewers under 40 likely have the strongest interest in science and technology shows, and also comprise the largest segment of the population. But most TV producers are in their 50s or 60s. It will take some time for the generational gap to close, and to expand into the still-neglected field of environmental journalism.