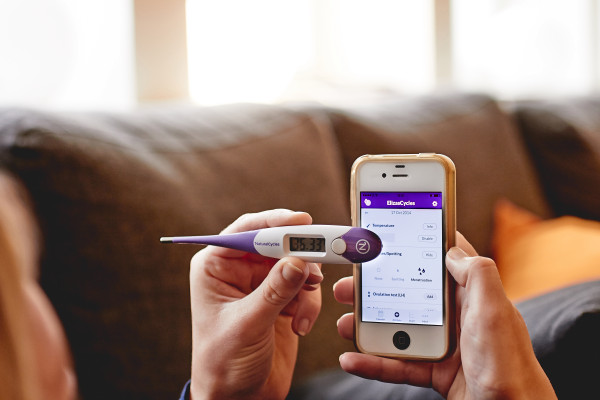 Don’t want to get pregnant? There’s a Food and Drug Administration approved app for that. The FDA has just given the go ahead for Swedish app Natural Cycles to market itself as a form of birth control in the U.S.

Natural Cycles was already in use as a way to prevent pregnancy in certain European countries. However, this is the first time a so-called ‘digital contraceptive’ has been approved in America.

The app works using an algorithm based on data given by women using the app such as daily body temperature and monthly menstrual cycles. It then calculates the exact window of days each month a woman is most fertile and therefore likely to conceive. Women can then see which days the app recommends they should avoid having sex or use protection to avoid getting pregnant.

Tracking your cycle to determine a fertile window has long been used to either become pregnant or avoid conceiving. However, Natural Cycles put a scientific spin on the age-old method by evaluating over 15,000 women to determine its algorithm had an effectiveness rate with a margin of error of 1.8 percent for “perfect use” and a 6 percent failure rate for “typical use.”

What that means is almost two in every 100 women could likely conceive on a different date than the calculated fertile window. That’s not exactly fool-proof but it is higher than many other contraceptive methods. A condom, for instance, has an 18 percent margin of error rate, according to the Centers for Disease Control (CDC).

And though the app makers were able to convince the FDA of its effectiveness, at least one hospital in Stockholm has opened an investigation with Sweden’s Medical Products Agency (MPA) after it recorded 37 unwanted pregnancies among women who said they had been using the app as their contraception method.

“Consumers are increasingly using digital health technologies to inform their everyday health decisions, and this new app can provide an effective method of contraception if it’s used carefully and correctly,” assistant director for the health of women in the FDA’s Center for Devices and Radiological Health Terri Cornelison said in a statement.

However, she also acknowledged there was a margin of error in the app’s algorithm and other contraceptive methods. “Women should know that no form of contraception works perfectly, so an unplanned pregnancy could still result from correct usage of this device,” she said.