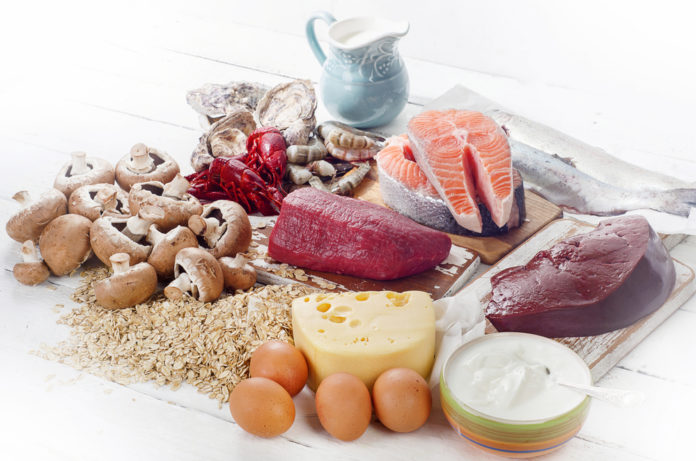 Vitamins and other nutrients that we cannot make for ourselves are called essential. It’s a misleading term because “essential” most often means “important,” but in the world of dietetics, it denotes that we must obtain it in our diets. For example, vitamin Q, also called ubiquinone, is extremely important – it’s crucial for cellular respiration in the mitochondria – but it is not deemed essential because our cells simply make this biomolecule from already available parts.

Humans have a very needy diet when it comes to essential micronutrients, more so than other animals. This likely stems from an evolutionary past in which our ancestors enjoyed a richly varied diet and obtaining vitamins and minerals was rarely a challenge. As I’ve written previously, we need vitamin C in our diet, whereas most animals don’t, because a distant ancestor already had abundant vitamin C in her diet when she suffered the mutation that killed one of the genes for vitamin C synthesis. The story of vitamin D deficiency is another example of wonky evolution in our lineage that you can read about here.

Our bodies have their share of traits that don’t necessarily align with the principles of good design. Vitamin B12 though, may be one of the worst offenders.

Vitamin B12 actually refers to a family of closely related molecules called the cobalmins, so named because they incorporate an ion of the element cobalt in their structure. In fact, this is the only known biological purpose of the element cobalt, which is why it is sometimes called an “ultratrace element” in the human diet. But it’s crucial for our survival — every single cell in our body requires B12 to function properly. We need it to make fatty acids, amino acids and to replicate and repair DNA. The nervous system is especially dependent on B12 because many fatty acids are used to make myelin, the sheaths that wrap our neurons and nerve bundles.

Deficiencies of B12 cause an affliction called macrocytic anemia. This condition resembles some of the side effects of cancer chemotherapy and has the same root cause: Cells that are rapidly dividing are especially sensitive to impaired DNA synthesis. The stem cells in our bone marrow that generate blood cells are among the most actively dividing cells in the body, so when DNA synthesis is impaired, either by chemotherapeutic drugs or a vitamin B12 deficiency, we experience a drop in blood cell counts, zapping our energy and weakening our immune system. This condition can be life-threatening if it continues for too long. 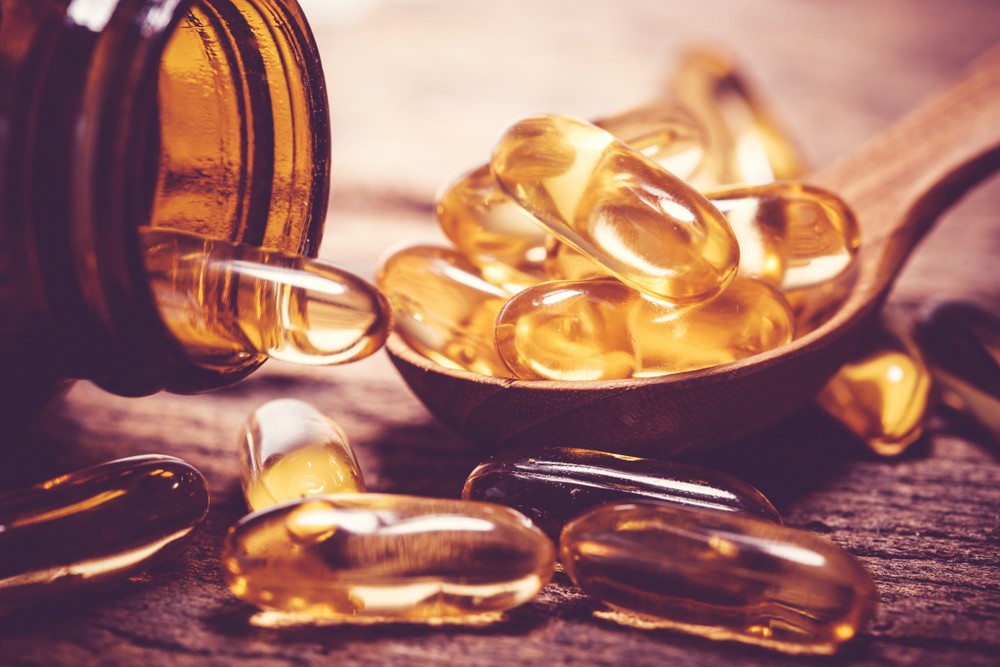 B12 is the only nutrient in the human diet that simply must come from animal products. The best source of B12 is meat, including both red and white meat, fish, and seafood. Eggs and milk have some B12 as well. Plants and fungi, however, have no need for B12 and therefore do not contain any of it. Strict vegans have no choice but to supplement their diet with B12 somehow, often through fortified soy or almond milk.

This begs the question: If animal products are the only source of B12, how do herbivores survive?

The secret is in their guts. Vegetarian animals harbor bacteria in their intestines that make vitamin B12 for them. This is a symbiosis of sorts where the herbivores provide a steady supply of food and a nice warm home, and the bacteria excrete B12 that the herbivores then absorb.

This arrangement may seem familiar because humans have a similar sort of relationship with bacteria that produce vitamin K for us. You’ve likely never heard of it because we don’t have to worry about consuming this particular vitamin. Instead, several different bacterial species that live in our large intestine make and excrete vitamin K and we absorb it from there. Because vitamin K is crucial for blood clotting, we would be in big trouble if not for this symbiosis in our gut. In fact, one of the side effects of a sustained course of strong antibiotics is impaired blood clotting, as the antibiotics wipe out our intestinal bacteria and we experience a temporary deficiency in vitamin K.

It would seem helpful if we had the same set-up with B12 — and we actually do. In fact, many of the same bacteria that make vitamin K for us also produce B12. So what’s the problem?

It turns out to be a case of bad plumbing. The bacteria that are nice enough to make this nutrient for us live in our large intestine, but we are only capable of absorbing it in our small intestine. Because the small intestine comes before the large intestine in the flow of gastrointestinal traffic, we end up sending the B12 that our gut bacteria produce right to the toilet, rather than absorbing it. What a waste!

In case you were wondering, a study did find that human fecal matter is indeed high enough in cobalmins to serve as an adequate dietary source of vitamin B12. I wouldn’t recommend turning to the toilet for your B12, though.

Exactly how this glitch in our gastrointestinal functioning came about is largely a mystery. Most primates are herbivorous and indeed all of our fellow apes subsist on a fully or mostly plant-based diet. It is therefore likely that we descend from a long line of vegetarians. During the millions of years our ancestors thrived on plants, they surely were able to capture the vitamin B12 that was being made by bacteria in their guts, or else they wouldn’t have survived. Once our forebears began scavenging meat and bone marrow, they found themselves with a steady supply of dietary vitamin B12, which then grew in abundance when we began to hunt. It must have been during this meat-eating stage in our evolution that we began to absorb B12 in the small intestine instead of the large one. We are now stuck with this odd arrangement, making humans, at least in this very narrow sense, obligate carnivores.

Evolution is not a straight path toward an ever more perfect form. There are zigs and zags and plenty of quirks that manage to escape the watchful eye of natural selection. Our relationship with B12 is just one of the many idiosyncrasies that make us unique, for better or worse.