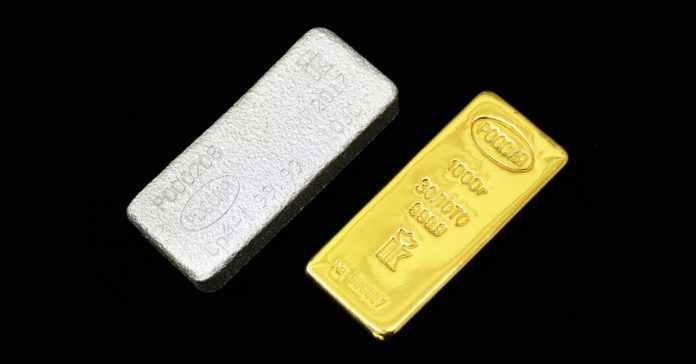 On July 23, Dev Kumar Thapa and Anshu Pandey made an extraordinary claim online. It wasn’t your garden variety fake news: By cramming microscopic particles of gold and silver together into pellets, they said, they’d constructed the first ever room-temperature superconductor. In a 13-page PDF, the two chemists at the Indian Institute of Science laid out measurements that indicated the pellets could conduct electricity perfectly at temperatures as warm as 110 degrees Fahrenheit.

If the unconfirmed claims are real, this is—to borrow a technical term—bonkers. For lack of a better descriptor, many physicists refer to room temperature superconductivity as “the holy grail” of their field. Most superconductors don’t work unless they’re cooled near absolute zero, and the warmest confirmed superconductor, hydrogen sulfide under extreme pressure, operates at a chilly -95 degrees Fahrenheit. “To have a room-temperature superconductor would change not just physics, but also a lot of practical aspects of life,” says physicist Brian Skinner of the Massachusetts Institute of Technology. “It would mean that you could transmit electric power without losses.” It wouldn’t just nab its inventors the Nobel Prize. It would completely reinvent our electricity infrastructure.

Claims of this magnitude do not go unnoticed. Thapa and Pandey posted their PDF on arXiv, the website where physicists and other experts upload new work in advance of peer review, to encourage public discussion. In the three and a half weeks since, that discussion has erupted with excitement, profuse skepticism—and drama.

Ganapathy Baskaran, for one, was inspired. The new report tied into an idea he’d been working on for decades, says Baskaran, a theoretical physicist at the Institute of Mathematical Sciences in India. Although gold and silver are not superconductors on their own, Baskaran wrote up a report drawing on his previous research to explain why a mosaic of them could be. He uploaded his take just two weeks after the original report posted. “My close friends tell me that my paper was hasty,” says Baskaran. “I totally agree.” The more responsible approach would be to wait for another independent research team to recreate the alleged room-temperature superconductor before launching into theoretical explanations. But Baskaran was too excited about the results to hold back.

Others were more skeptical. When the paper first posted in late July, it surprised everybody at a physics conference in Mohali, India, says Pratap Raychaudhuri, a physicist at the Tata Institute of Fundamental Research in India, one of the conference organizers. Even researchers from the authors’ own institution hadn’t known about it in advance. Organizers arranged a special session to discuss the report and invited the authors, who declined to attend. Participants left the session feeling “cautious euphoria and incredulity,” he says.

Skinner, too, felt the cool buzz of anticipation at MIT. “I would go to lunch with all these people, and they’d talk about it every day,” he says. But some of those people also thought the claims “sounded like too much,” he adds.

Skinner was intrigued—so even though he isn’t an expert in superconductivity, he checked out the paper. At first, the measurements looked convincing, he says. Because he didn’t have access to the authors’ actual data, he fed the image of the graph into software that could roughly extract the data points. He thought maybe he could find something interesting by studying the noise depicted on the authors’ graphs. Often, theoretical physicists draw inspiration for new projects by looking for unexpected patterns in experimental noise.

And a suspicious pattern he found. In one figure, the authors show several measurements of how their sample repels magnetic fields, a hallmark of superconductivity. Skinner noticed that the noise on two independent measurements followed the same dips and rises. The two measurements were unrelated—so why should the noise be so similar between the two curves?

It reminded him of a scandal in the early 2000’s that still haunts the physics community today. Jan Hendrik Schön, a young physicist who published prolifically in big name journals like Science and Nature and one year averaged a paper every eight days, was caught fabricating his own data. The smoking gun? Researchers who couldn’t replicate his experimental results noticed that the noise in one of his experiments was identical to the noise in another unrelated one.

Skinner isn’t saying that Thapa and Pandey fabricated their data. He just wants them to explain the weird near-duplicate noise. Initially hesitant to publicize his finding, Skinner posted it on arXiv and tweeted about it after discussing it with colleagues. “I tried to be very careful in the way I wrote that paper that I’m not accusing anyone of anything,” he says.

A few days later, Raychaudhuri, who’d organized the conference in India, tried to give the authors the benefit of the doubt. He posted a potential explanation for the noise on Facebook: a hypothetical situation in which the pellets were loosely packed.

But in the midst of the discussion, both Raychaudhuri and Skinner started receiving strange online correspondence. A senior colleague e-mailed Raychaudhuri asking him to stop criticizing the authors on social media. Later, Raychaudhuri noticed that the e-mail was actually sent by an impostor—his colleague had never sent the message. Meanwhile, both he and Skinner received Facebook friend requests from someone named Wiles Licher, the same name associated with the bogus email. “This is the Da Vinci Code part of the story,” says Raychaudhuri.

Skinner suspects the e-mail impostor is probably just a troll. “I’m not especially happy with how this has turned into a social drama,” he says. Since he began posting about this, his Twitter following has ballooned tenfold and counting. (On Tuesday, Skinner asked his followers how he could turn off some of his notifications to stem the tide of tweets.) The social media intrigue is a distraction, and the scientific mystery remains.

And the public discussion is still missing two important voices: the authors themselves. (Pandey declined to comment for this story on the duo’s behalf.) Skinner has privately corresponded with the authors and says they stand by their claims. According to Raychaudhuri, the authors have submitted their work to Nature, which forbids them from talking to the media before the paper is published.

However, Nature doesn’t prohibit them from discussing the paper with other academics, and they’ve mostly refused to do that, too, says Raychaudhuri. He has called for them to respond to the criticism and to share their samples so other experimentalists can replicate their results. “Once researchers have put a scientific document in a public domain, it’s their obligation to follow up and to respond to questions,” he says. “Silence is not an option.”

It’s especially important for Thapa and Pandey to engage with other researchers because their claims are so monumental, says Raychaudhuri. When Schön was finally caught for fraud, he didn’t just ruin his own reputation—he derailed the careers of other scientists whose research was based on his work. The same could happen now.

Raychaudhuri is voicing his opinions so publicly because he thinks it’s important that the public sees the scientific process at work. “Society needs to understand the level of scrutiny scientists have to pass,” he says. “The scientific community does not take any claim for granted.” Fitting, though, that the professed inventors of room-temperature superconductivity weren’t prepared to meet this resistance.

Forget Growing Weed—Make Yeast Spit Out CBD and THC Instead

How To Make A Cloud At Home In 3 Easy Steps