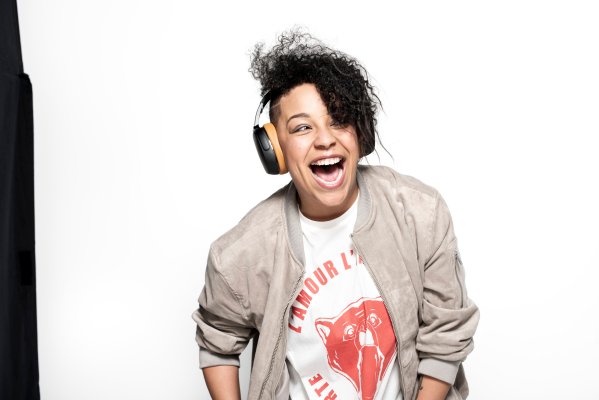 Skullcandy has always been an odd brand. Aimed at a younger, hipper audience, the headphones always featured wacky graphics and a lower price point. Now, facing competition from multiple players, they’ve decided to step up their game in terms of quality and style.

Their two new models, the noise-cancelling Venue and the bass-heavy Crusher 360, are designed to hit the Bose/B&O/Sony quality point while still maintaining a bit of Beats styling. The Venue are the most interesting of the pair. They are true over-ear noise-cancelling headphones that cost a mere $179 — more than $100 less than Bose’s best offerings.

The Venue’s noise cancellation was excellent, as was the sound quality. The headphones were solidly built and last for two five-hour flights, a first for me when it comes to wireless or wired noise-cancelling headphones. Usually in almost every model I’ve tested I’ve had to charge or change the battery after about eight hours. This is a vast improvement.

As for audio quality, I was quite impressed. Having heard earlier Skullcandy models, I went in expecting tinny sound and muddy bass. I got neither. What I got was a true sound without much modification and very nice noise cancelling. In short, it did exactly what it says on the tin.

One peeve is the size of the headphones and the case. Most headphones can fold up to a smaller package that is unobtrusive when it hangs off your back or sits in your lap. These headphones come in a massive, flat case that is not imminently portable. If you’re used to smaller, thinner cases, this might be a deal breaker. That said, the price and sound are excellent and the Venue is a real step up.

Then we have the Crusher 360. These are also well-made headphones that collapse into a slightly smaller package than the Venue. They also offer what Skullcandy calls Sensory Bass and 360-degree audio. What that means, in practice, is that these things sound like a bass-lover’s very effusive home theater system on your head.

The Crusher, like the Venue, is wireless and lasts about 30 hours on one charge. They don’t have noise cancelling, but what they do have is a set of haptics inside the ear cups that essentially turn bass events into wildly impressive explosions of sound. You can turn this feature up and down using a capacitive touch control on the side of the headphones and, if you’re like me, you probably will be using that feature multiple times.

How do they work? Well, the bass these things pump out is almost comical. While I don’t want to completely disparage these things — different ears will find them pleasant if not downright cool – the Crushers turn almost everything — from a drama to a bit of dubstep — into a bass-heavy party. I used these on another flight and heard every single bang, boom and bop in the movies I watched and, oddly, I found the added bass response quite nice in regular music. If you like bass you’ll like these. If you don’t, then you’d best stay away.

Skullcandy isn’t the audiophile’s choice in headphones. That said, their efforts to improve the brand, product and quality are laudable. I avoided the company for years after a few bad experiences and I’m glad to see them coming back with a new and improved set of cans that truly offer great sound and a nice price. While the Crushers are definitely an acquired taste I could honestly recommend the Venue over any similarly priced noise-cancelling headphones on the market, including Bose’s businessperson specials. These headphones aren’t perfect, but they’re also not bad.