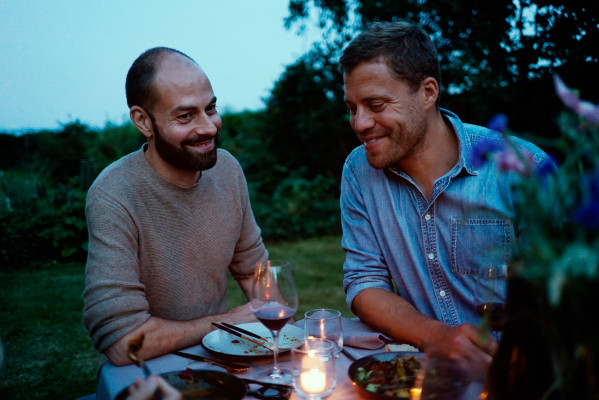 The vast majority of environmental experts say that avoiding meat and dairy is the single most important, and most impactful action, you can take to reduce your personal impact on Earth. Why? Because of the sheer amount of carbon pumped into the atmosphere from the process of meat production. Many would agree it’s also pretty good for your health. But when most of us have been brought up with animal protein in the middle of our plates, it often feels pretty hard to achieve. At the same time, fast food delivery has been taking off, but we’re still eating the same thing: meat.

So a Danish startup has come along to try to solve this. Simple Feast delivers sustainable food to people’s homes in biodegradable boxes, and it’s now raised a $12 million Series A funding round led by Balderton Capital in London, with participation from 14W in New York. Existing investors Sweet Capital and ByFounders are also re-investing the round.

Simple Feast offers what it describes as ready-to-eat plant-based food that is “sustainably produced, organic, and delivered straight to the doorstep” in biodegradable boxes every week. The meal solution delivers weekly boxes with three prepared plant-based and 100 percent organic meals ready to serve in 10 minutes.

In this respect it’s not unlike other startups, such as HelloFresh, with the main difference being that all the food is plant-based.

Jakob Jønck, CEO and co-founder of Simple Feast, says: “Climate change is real. There is no Planet B and we are facing what is arguably the biggest challenge in human history. This is a big investment for a small company, but it’s a drop in the ocean considering the challenge at hand, the politicians and industries we are up against.”

He and Thomas Ambus, co-founder/CTO, started thinking more deeply about Simple Feast when Under Armour acquired Endomondo and MyFitnessPal, their previous startups, in the spring of 2015 and got serious about it in 2016. “Ever since founding Endomondo and heading up International Operations for MyFitnessPal, I always felt a missing link when trying to move towards a healthy, sustainable diet — an actual product that didn’t compromise on taste, nor convenience, but solved the huge challenges involved with embarking on this journey towards eating plants first and foremost,” says Jønck.

Daniel Waterhouse, a partner at Balderton Capital, says: “With a global transition towards plant-based food, we believe Simple Feast is uniquely positioned to change the way we eat and create awareness about the impact of our food choices.”

The main target is families, with the parents in their 30s and 40s. “We find that women are still predominantly the decision maker when it comes to food for the family. Our most typical customers are women in a relationship in their 30s with one or two kids. Our customers are also politically interested, above the average,” says Jønck.

They are competing with restaurants, meal kits and take-away. “We are disrupting both the restaurant and the meal kit industry. Nobody has ever taken the challenge of creating climate-friendly, plant-based food seriously while serving it directly to consumers. We don´t make compromises on taste, nor convenience, and we don´t believe that we have seen that before,” he told me.

Uber wants to be the 'Amazon and Google of transportation'