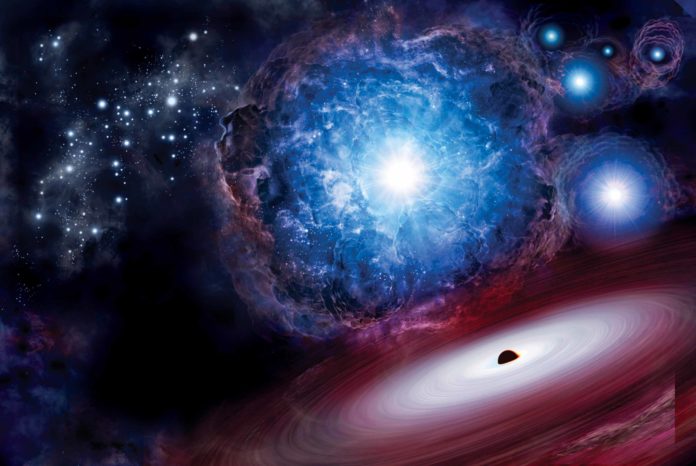 In the year 1006, our ancestors witnessed the biggest natural light show in recorded history. A new “guest star,” as Chinese astronomers called it, appeared one night without warning. It was brighter than a crescent moon and visible in daytime. As months passed, the star dimmed until it was no longer visible over a year later.

Today, we know the guest star of 1006 was a supernova. The most violent explosions known, supernovas can briefly outshine the rest of a galaxy. The most common ones happen when a massive star starts to run out of fuel. Running on fumes, it can’t keep up enough internal pressure to balance out the intense gravitational forces of its tremendous mass. As a result, its core collapses into a neutron star or a black hole, taking most of the star out with it.

Supernovas are rare; less than 1 percent of all stars are big enough for such a fiery death. (Our relatively small sun will fade away gracefully as a white dwarf.) In a galaxy the size of our Milky Way, though, astronomers estimate roughly one or two supernovas should still light up per century. Yet the last supernova observed in our galaxy was in 1604 — more than four centuries ago. The telescope wasn’t even around yet!

We’re long overdue, and there’s always a chance a new guest star could grace the heavens this very night. It would be the astronomical event of the century. So, what would happen then?