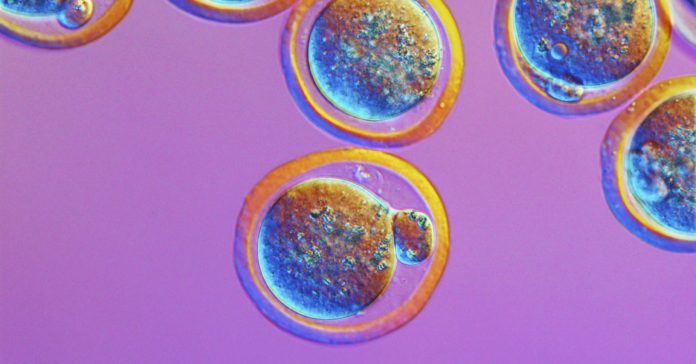 The distant future of designer babies might not seem so distant after all. The last year has been full of news about genetic engineering—much of it driven by the the cut-and-paste technique called Crispr. And at the top of the list: news that Crispr could modify human embryos, correcting a relatively common, often deadly mutation.

The researcher who spearheaded that work in the US, a controversial cell biologist named Shoukhrat Mitalipov, said not only that his team had used Crispr to correct a mutation in a newly fertilized embryo, but that they’d done it via a mechanism that was, if not novel, at least unusual. The response from the scientific community was immediate and negative. They just kinda didn’t buy it. So Wednesday, in the journal Nature—where Mitalipov published the initial work—two groups of researchers published pointed, acronym- and infographic-filled critiques of Mitalipov’s 2017 paper, and Mitalipov attempted to respond. Because the ethics don’t matter—well, not yet—if the science doesn’t actually work.

You know how babies are made, right? Well, Mitalipov’s team didn’t do it that way. Using existing human embryos for scientific research is mostly a no-no in the US, so the scientists took normal human eggs and fertilized them with sperm containing a mutant version of a gene called MYBPC3. That version underlies a disease called hypertrophic cardiomyopathy, the most common cause of sudden death in young athletes. People with two copies of mutant MYBPC3—one from Mom and one from Dad, or homologous for the allele, in the language of genetics—rarely survive childhood. People with just one copy—heterozygous—often have heart problems as they get older.

To try to correct the mutation, Mitalipov’s team used Crispr to cut the mutant gene from the paternal chromosomes and then insert a synthetic, corrected version. But that second step didn’t happen. Instead, according to Mitalipov’s analysis, the cell copied the wild type gene from the maternal chromosomes and inserted that instead. The result: embryos with two wild type alleles. It’s called “homology-dependent repair” or “inter-homolog homologous repair.”

“Some of these authors had been studying DNA repair, and somehow they missed this elephant in the room,” says Mitalipov, the director of the Center for Embryonic Cell and Gene Therapy at Oregon Health and Science University. “We’re pointing to a huge gap in knowledge about how genes repair. We’re not sure if it happens in somatic lineages, but in embryonic lineages, we’ve now proved it.”

Embryologists and cell biologists didn’t think they’d missed an elephant. They didn’t think there was one. “We thought there was an alternative interpretation,” says Paul Thomas, director of SA Genome Editing at the South Australian Health and Medical Research Institute and a lead author of one of the critique articles. Thomas’ work has shown that in mice, Crispr tends to cut big chunks of DNA out of the genome, so-called large deletions. He suspects that’s what happened in the Mitalipov embryos, too—they were missing large-deletion failures. “If there’s a large deletion created on the chromosome, you need to look specifically for that event,” Thomas says. “And if you use the assay they used, a pretty standard assay, that won’t detect it.”

It’d be like trying to figure out how many kinds of bagels a bakery makes by counting what’s on the shelf at the end of the day. Your stats would say the bakery mostly makes blueberry, but that’s because the good flavors like poppy seed, garlic, salt, and plain were invisible—bought before you got there. Your count would overestimate blueberry output as a proportion of overall bagelry.

Could this just be a problem of mice and men? Sure. “It’s certainly the case that more and more people are seeing large deletions in mouse embryos. What’s not clear is whether large deletions are occurring in human embryos, because really we only have this study and a handful of others,” Thomas says.

So Mitalipov’s group went back to the lab. They took their old samples and reran the assay, a technique called polymerase chain reaction that makes large enough volumes of DNA to sequence and analyze. This time, they looked at a longer stretch of the chromosome. “We did assays with large-scale PCR, up to 10,000 base pairs, and we still didn’t see any deletions,” Mitalipov says. He didn’t expect to find any. His group’s first paper reported a success rate—which is to say, a rate of fixing the mutation—of around 70 percent. Mitalipov says it’s hard to believe that he’d have Crispr-induced large deletions in 70 percent of his embryos. That’d render the technique broadly unusable, he says.

Case not closed, though. “We’re quite surprised they don’t see any evidence of deletions in any of the samples in their response paper,” Thomas says. “We don’t think they’ve fully excluded the possibility.” Fatwa Adikusuma, one of Thomas’ coauthors, suggests a more precise assay like qPCR (which looks at the amount of DNA quantitatively—hence the Q) would work. Mitalipov didn’t try that.

Other teams had other questions. For example, a group led by Dieter Egli of Columbia University and Maria Jasin of Memorial Sloan Kettering Cancer Center (and including the outspoken Harvard biotechnologist George Church) wondered how the Crispr complex could’ve gotten ahold of the maternal wild-type gene, since the mom-contribution and the dad-contribution are separate for the early parts of cell division. Mitalipov says the clusters of parental DNA, contained in envelopes called pronuclei, come into contact with plenty of time for the repair process to work. “If that’s correct, then it’s puzzling that they don’t report more mosaicism in those embryos,” says Paul Knoepfler, a cell biologist at UC Davis. “Mosaicism” is when a single organism has different genomes in different cells. “Crispr acting so late, such as at the two-cell embryo stage, would likely cause variable genetic outcomes,” Knoepfler says—and that could make for less healthy embryos later on.

So is it possible that Mitalipov got it right? “As presented, the new data is consistent with gene correction,” Jasin writes in an email. But, she says, Mitalipov’s own response shows how tough this kind of research is. One of his embryos showed “allele dropout,” when his team couldn’t detect alleles from both parents. “It is uncertain whether gene correction by inter-homolog recombination occurred in all of the embryos, some of the embryos, or, in the most extreme case, none of the embryos,” Jasin adds.

Everyone, including Mitalipov, says it’ll take more research to be sure. That’s fine with him; he understands that people have plenty of concerns about what he says he did. If his method really works, it only works in embryos with one wild-type copy of a gene, for one thing—there has to be a wild-type version of the gene for the cell to copy. But more than that, it takes time and work for new ideas to penetrate a field. “There are dogmas, particularly in biology,” Mitalipov says. “And we just bumped in with our result, saying this is an unknown but strong repair pathway in human embryos.”

It’ll certainly take time for that “dogma” to make way for this approach. “Mitalipov’s team has strengthened their case somewhat,” Knoepfler says. “Maybe this is pointing us in the direction of understanding fundamentally new mechanisms in early human embryos, but it’s also possible that a year from now we’ll view this entirely differently.” Either way, for something to get to the clinic, it’ll have to perform better than 70 percent. That means it’s time for more work in the lab.

How to check if someone's secretly using your Netflix account

The Earth At 7 Billion People [INFOGRAPHIC]