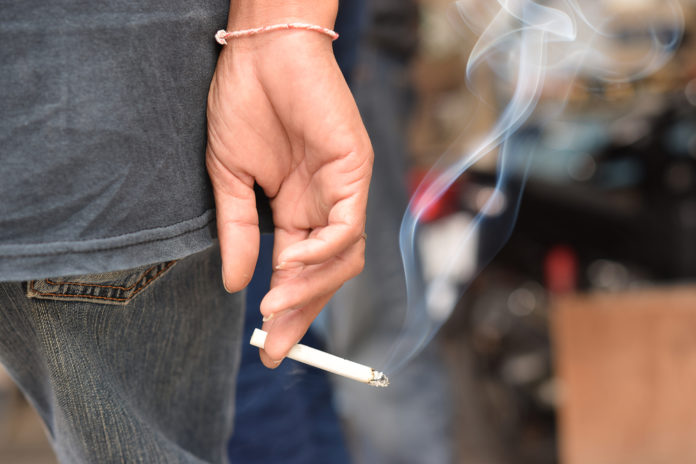 Give up smoking for cheesecake? Maybe that’s not such a bad idea.

People who quit smoking cigarettes often gain weight. That’s not necessarily because ex-smokers need a new habit and they enjoy eating. It’s because the nicotine in cigarettes suppresses appetite to some degree. When the nicotine stops, appetite returns and people can put on pounds.

The correlation between quitting smoking and weight gain has been observed in many studies. And for some people, it’s not just a risk for obesity – the risk of developing type 2 diabetes also increases after giving up the cancer sticks.

This led researchers to study if quitting smoking is actually a dangerous health strategy for some people. Smoking is bad for health, but so is obesity. And both increase risk for type 2 diabetes, hypertension and cardiopulmonary disease. But which is worse?

In a study published this month in The New England Journal of Medicine, researchers examined three cohort studies covering 19 years of health data on over 170,000 people in the United States. Every couple years, these people filled out questionnaires about their health and lifestyle. Researchers zeroed in on the cases involving people who had quit smoking. Did they gain weight and develop chronic illnesses?

For some in the study, giving up the habit led to weight gain that damaged their overall health. On average, they had a 22 percent higher risk of developing type 2 diabetes.

But before wistful ex-smokers say I told you so and reach for the cigs hidden in the book shelf, the study, co-led by Harvard nutritionist Yang Hu, found that increased diabetes risk peaked five to seven years after quitting, then gradually waned.
More important, even among the people who gained 20 pounds or more after quitting smoking, their risk of developing cardiovascular disease decreased by up to 67 percent.

“Smokers shouldn’t be deterred by potential weight gain after quitting because the short-term and long-term reduction of cardiovascular disease risk is clear,” Hu said in a news release. “However, quitters may want to consider eating a healthful diet and engaging in physical activities to minimize weight gain to keep their diabetes risk at bay and to maximize the health benefits of quitting.”

GizmoCrazed - January 26, 2019 0
Friday morning began with delays at New York’s LaGuardia Airport. That’s not unusual—New York’s airports are famously balky. But this time, the cause wasn't...

Drink Your Beets: The Science Behind the Vegetable's Surprising Benefits