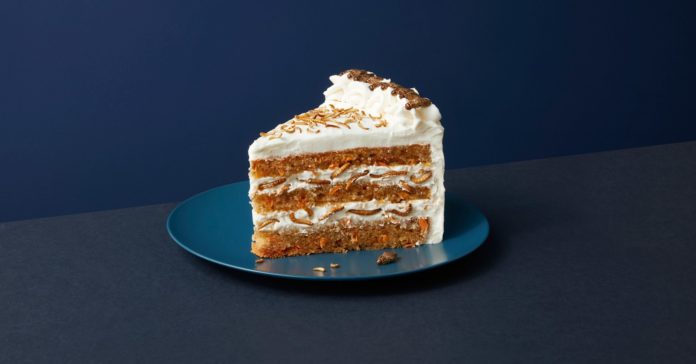 The insects appeared at my Chicago doorstep in swarms. Crickets, grasshoppers, locusts, mealworms, ants—all of them dead on arrival, entombed in resealable bags and glass jars. Before long, my apartment was overrun with bugs, and soon all of my meals would be too. I had summoned this infestation, ranging from whole dried insects to bug-based chips, granola, and protein bars, for the greater good. These are the spoils of an oft-touted emerging sector of the US food industry, projected by some market researchers to be worth $126 million by 2023 and repeatedly proposed as a solution to our impending global food crisis: edible insects.

Though 2 billion people around the globe dine on more than 1,900 edible bug species, the fare only trickled into the Western world in the late aughts through a subset of early adopters: doomsday preppers, hardcore Paleo dieters, protein-loading endurance athletes. Now, renowned restaurants such as Noma in Copenhagen, D.O.M. in São Paulo, and Mi Tocaya Antojería in Chicago have introduced bugs on their menus. When toasted grasshoppers were offered by the cupful at Seattle Mariners games last season, fans swallowed approximately 18,000 critters in three games, leading the ballpark to set a per-game order limit. Kroger, the nation’s largest supermarket chain, recently inked a distribution deal with Chirps, maker of cricket-flour chips.

So for two weeks, I resolved to forgo meat in favor of a diet rich in insect protein. My sustenance arrived from nearly a dozen edible-­bug artisans in Austin, Salt Lake City, San Francisco, New York, Denver, and beyond.

I piled all my insectibles in a green tote my wife dubbed the Bug Bag. As I surveyed the cornucopia, I felt my stomach churn. While the edible-insect market is growing, there remains a critical hurdle to mainstream bug bingeing: the ick factor. My only previous insect-eating experience—choking down a live Madagascar hissing cockroach for a moronic amusement park promotion as a twentysomething—had been traumatizing. For guidance, I called up the “Bug Chef,” David George Gordon, whose Eat-A-Bug Cookbook, published in 1998, presaged the trend. He suggested starting with something that appears familiar—say, tempura-­battered mealworms, which have the look and mouthfeel of Cheetos—before scaling up to whole grasshoppers and locusts.

Following Gordon’s advice to start slow, I tore open a bag of cricket protein powder. The crickets are frozen into a lethal hibernation, washed, roasted, and turned into a fine flour that can be incorporated into everything from granola to pasta. I blended a scoop into a kale-banana smoothie, shut my eyes, and took a sip. To my surprise, the only difference from my usual morning shake was a pleasant, earthy base note. Encouraged, I turned to Chapul cricket protein bars in flavors such as coconut-ginger and peanut butter and chocolate; both were more palatable than a Clif Bar. Confidence mounting, I dumped a handful of Aketta’s Texas BBQ-flavored roasted crickets into my palm. I took a long look at their flavor-blasted bodies and beady black eyes, pinched one by the head, and dropped it into my mouth. It tasted like a corn nut.

By the end of the first week, I had fallen into a comfortable routine. I sprinkled cricket-­flour granola on top of Greek yogurt and snacked on “nutty chocolate chip” cricket bites. At night, I sautéed Oaxacan adobo-­flavored grasshoppers and mealworms into a leggy stir fry. The grasshoppers added a smoky heat and nice crunch. I heaped lemony Chinese black ants on salads and sprinkled them onto pizza as I would red pepper flakes.

My gag reflex was dwindling, for sure, but I was also grateful that I work from home, away from the queasy stomachs of other humans. A rice cake topped with hummus and dehydrated locusts may make a filling lunch, but it looks like a nightmare on toast. One night, as I splurped cricket tagliatelle with mealworm bolognese, my wife finally lost her cool. Watching me sauté insects in our kitchen while she made her own dinner, she declared, made her want to retch.

I sought support online. On the entomophagy subreddit, users posted recipes and questions about DIY-bug-farming dilemmas. On the podcast Ento Nation, an insect farmer known only as the Cricket Man interviewed bug chefs and edible-­insect “entopreneurs.” Scrolling the hashtag #entomophagy on Twitter and Instagram, I found a proud subculture of insect evangelists.

At the end of my two weeks, I whipped up a batch of cricket-powder pancakes. As I ate, I considered the silliness of my initial unease. If we’re willing to sink our teeth into lab-grown meat and plant-based burgers that magically bleed, maybe old-­fashioned, all-natural bugs aren’t such a stretch. Then I came across this stat: Pigs produce as much as 100 times more greenhouse gases per kilogram than mealworms. That—and some crafty recipes—made them a whole lot easier to swallow.

This article appears in the August issue. Subscribe now.