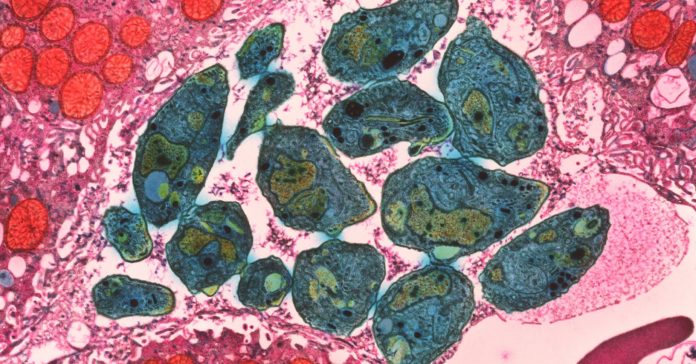 The idea spread through Silicon Valley like—well, ironically, like a virus, even though the idea centered around a protozoan. According to an article in Proceedings of the Royal Society B, people infected with the microbe Toxoplasma gondii might be more likely to be entrepreneurs, to start up startups or venture their capital on venture capitalism. That’s not what evolution had in mind (evolution doesn’t have a mind; don’t say that) for good ol’ Toxo, which spreads in cat feces or as a foodborne infection. It also makes mice—cat prey—unafraid of the scent of cat urine, so they don’t avoid it, so cats can eat ‘em. In other words: It’s a bug that edits fear out of your brain’s vocabulary. Oh, and according to the Centers for Disease Control and Prevention, 30 million Americans carry the parasite—almost all without symptoms (except maybe an attraction to cats), but if you’re pregnant or immune-compromised, it can actually kill you.

So a team of biologists and business professors tested a bunch of biz-school students for Toxo, and found that people infected were slightly more likely to be interested in management, entrepreneurship, and starting businesses. Boom! A parasite that makes people seek alpha? A unicorn parasite? Dude. Dude? Dude.

It’s not utterly nutty. Scientists know that the bacteria in the human gut—its microbiome—affects health, and the broader “holobiont” of interrelated symbioses and other relationships among people and wee bugs can actually affect state of mind and psychology. But unless your crippling fear of cat urine is what’s keeping you from securing your series A funding, Toxo is not going to turn your “Uber, but for Facebook” into the next Uber. Or Facebook.

But … if you’re still hoping to find microbes that’ll give your customer-relations-management-on-the-blockchain startup a boost, well, have I got the right bugs to put a bee in your bonnet! (I don’t.) Step into my made-up lab, which I do not have. (None of this would work; cut it out.)

That new robotic picker system just isn’t moving through your warehouse the way you’d hoped. Fulfillment is becoming an issue. How are you supposed to send those curated boxes of flyknit shoes to your customers if your all-too-human workers keep wanting things like “bathroom breaks” and “OSHA compliance”? Well, perhaps a wee spritz of Ophiocordyceps unilateralis, the so-called zombie ant fungus, can help. It literally takes over ant bodies, forcing them to climb up high plants they’d otherwise avoid and then sort of explode, spreading more fungus to more ants. It doesn’t infect humans, but maybe a bit of Crispr-powered tweaking could get your humans moving through that warehouse at peak efficiency.

Everyone loves Slack, but really, doesn’t the inefficiency of having to actually type messages bum you out? A team should be connected. Like, really connected. That’s where a mycelial network can help. The honey fungus, genus Armillaria, spreads underground and kills trees; there’s one in Oregon that’s over two miles wide. But more convivial versions, like the mycorrhizal connections among trees and fungi in forests, transmit all kinds of messages—hormones, nutrients, and even sensory signals. Imagine weaving one of those into an Aeron chair? Seamless (albeit sticky) DMs, my friend.

Still paying that feng shui expert a zillion dollars to optimize your open office space? Come on! You’re going to need that money for a raw water subscription. Get yourself a slime mold. Brainless and gooey, slime molds still manage to build efficient spatial networks from food source to food source. Just sprinkle some glucose in your conference rooms and let ‘er rip. No one will ever again complain about what corner of the shared workspace their laptop barely fits onto. Your office drones will zip from meeting to meeting with the alacrity of kids on a greased slip-n-slide.

Facebook isn’t building cafeterias anymore, and the ever-progressive city of San Francisco is thinking of banning free food in tech companies. But … if your employees leave their desks for lunch, your margin could start to fractionally decline. Toxo-chugging investors notice that sort of thing. If you’re lucky, some of your coders will be susceptible to hosting Geobacter metallireducens. This bacteria gets energy not through regular eating, but by throwing electrons to metals like iron and uranium. Forget cafeterias. Intubate geobactery employees some short-chain fatty acids (that’s basically what’s in Soylent, right?) and flood the office a few inches deep in metal-rich slurry. Those script-jockeys won’t even need a vending machine. (Bonus: They can bioremediate heavy metals while at work. Or maybe charge dockless scooters. Have to look into this.)

If only your employees were arthropods! (Are they?) Your diversity-less, bro-y office monoculture would be easy to fix. Among other effects, the alpha-proteobacteria Wolbachia feminize and also kill male members of the species, resulting in a skew toward females in a population. Sure, you could just blind your resume submissions and broaden your job postings. But wouldn’t wholesale genetic modification and infection with unpredictable pathogens be easier?

You’re going to have to face that fact that 20-hour days of coding followed by eight more hours of mar-comm (that math works in Silicon Valley because of hypermiling) can be grueling. You’re going to feel kind of bummed out once in a while. Everyone’s hoodie sags sometimes, buddy. Luckily, the fungal genus Massospora is here for you, if you need it. (And if you are part cicada.) Sure, they’re killer parasites, but before they kill, the various species secrete stuff like amphetamines and psilocybin. Are we talking microdoses here? Just enough to get you through a 28-hour day? Probably!