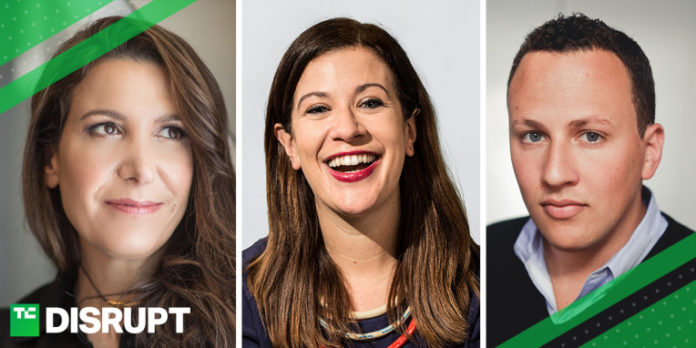 For startups, especially e-commerce companies, branding is everything.

A slogan, an ad, even the design of the logo can make the difference between success and failure. But understanding how to develop a brand and strategically evolve that brand over time isn’t the easiest task. Luckily, three experts are coming to Disrupt to talk through the ins and outs.

Tina Sharkey hails from Brandless, the new e-commerce company that brings its own line of household and food items to the market for $3 each. Brandless has raised nearly $300 million since launching in 2016, an impressive feat on its own. What makes Brandless so attractive to investors? Tina Sharkey’s unwavering focus on understanding her customers. Alongside democratizing these products, and bringing eco-friendly and FDA-approved ‘safer choice’ goods to the masses, Sharkey makes data around consumer behavior a priority at the company, which helps with insights on how to sell Brandless’s portfolio of more than 300 products.

Heyward and Sharkey will be joined by Casper CEO and cofounder Philip Krim. Casper sprung onto the market in 2013 with a relatively simple premise: sell a quality mattress for cheaper. While it makes sense, it’s not the sexiest brand proposition. But with the help of Heyward and Red Antler, and a keen sense of the type of customer who chooses Casper over a traditional mattress, Casper has become one of the most effectively marketed brands out there right now.

We’re thrilled to hear from this trio of greatness at Disrupt SF.

Check out the full agenda here. Tickets are still available even though the show is less than two weeks away. Grab one here.

GizmoCrazed - October 16, 2017 0
Some 130 million years ago, two extremely dense balls of matter collided into each other. These two neutron stars, the city-sized cores of deceased...

The Physics of a Bolt Smashing a Watermelon (or Your Brain)

Accurx raises £8.8M Series A for its messaging app for medical...