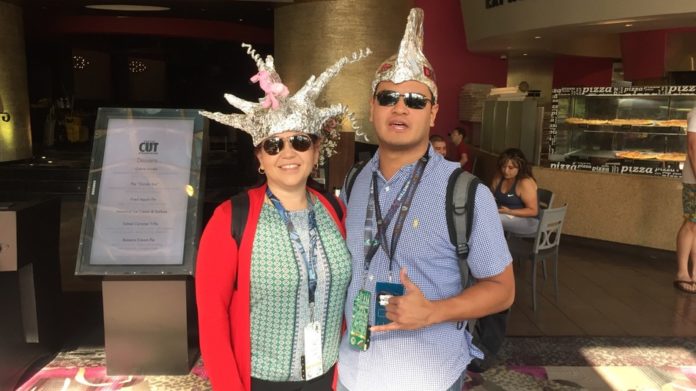 What if they really are out to get you.

If you spend enough time walking the Las Vegas casino floors, you’re sure to come across some unique sights. But scores of people sporting all shapes and sizes of literal tin-foil hats? Welcome to DEF CON.

The annual hacker convention currently underway in the Nevada desert draws a diverse crowd of professional and hobbyist security researchers from around the world. And, for the most part, they all share one defining characteristic: the desire to stick it to The Man.

Which, well, that specific proclivity just might end up making you a target.

“It all came out of a drunken night at the Rio,” Flirzan told us. He explained that he saw an old man strolling through the casino and had a moment of inspiration: There need to be more tin-foil hats at DEF CON.

This is the second year of the official contest, which has participants build tin-foil hats and then test them to see how well they block signals emanating out of a mannequin’s head. 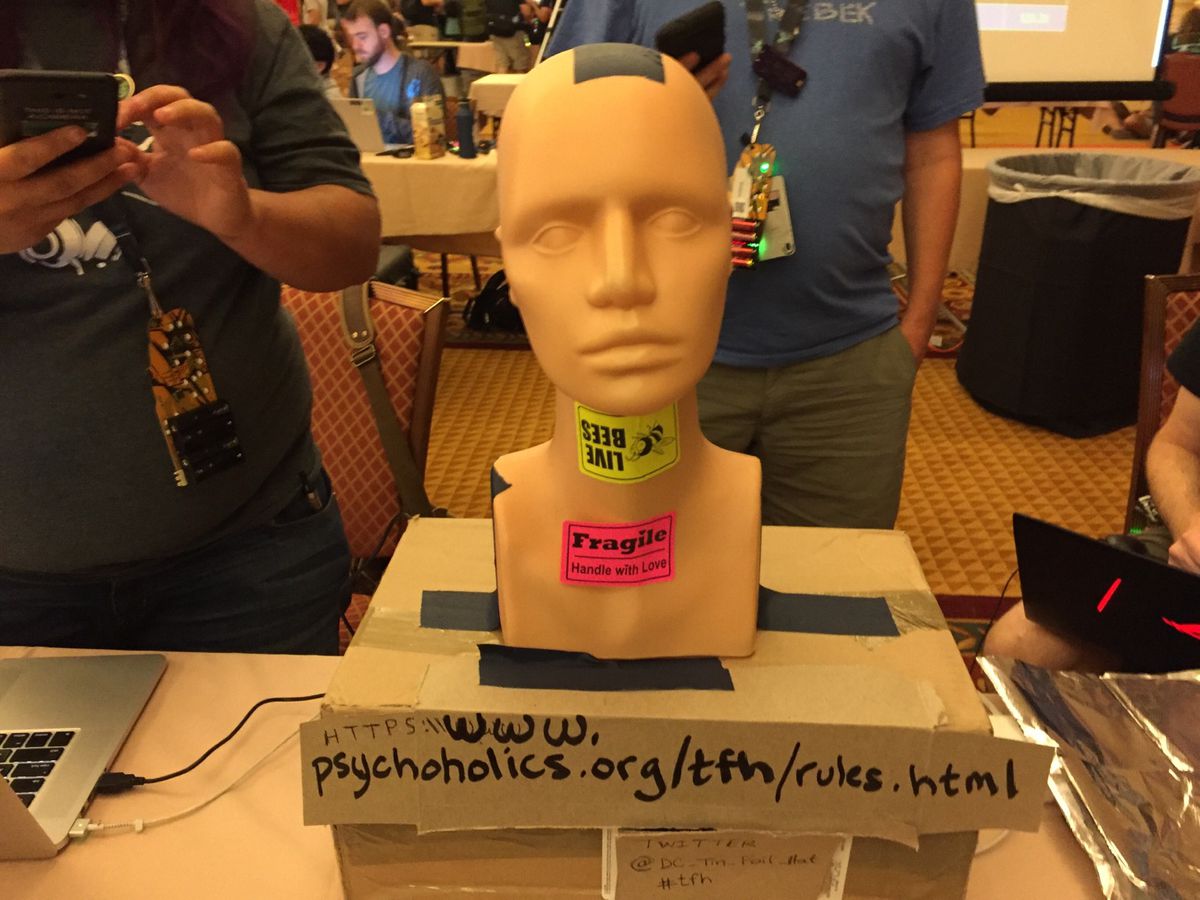 It’s quite eerie, but in a great way.

“What with aliens and the NSA, a hacker can’t always tell who’s listening (or who’s transmitting…),” reads the contest description. “Show us your skills by building a tin foil hat to shield your subversive thoughts.”

And so, of course, your intrepid reporter had to try it out. I dutifully grabbed my four sheets of foil and went to work. 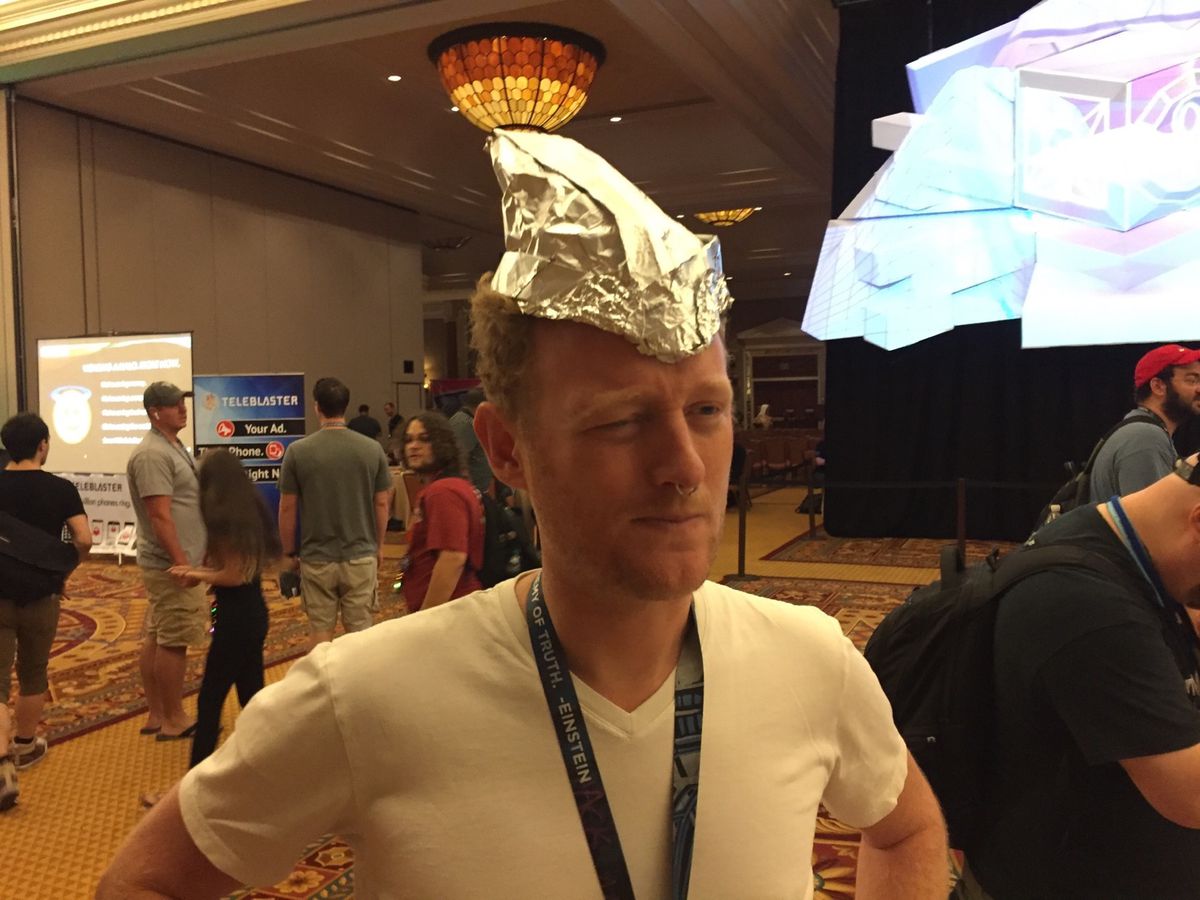 I clearly still have a lot learn when it comes to keeping Big Brother out of my brain.

When we tested my hat out for signal leakage, it managed to make it into the top 10 of high performers (number 10 to be exact, but still). However, Flirzan did confirm that his readings might not be exactly 100 percent scientific. 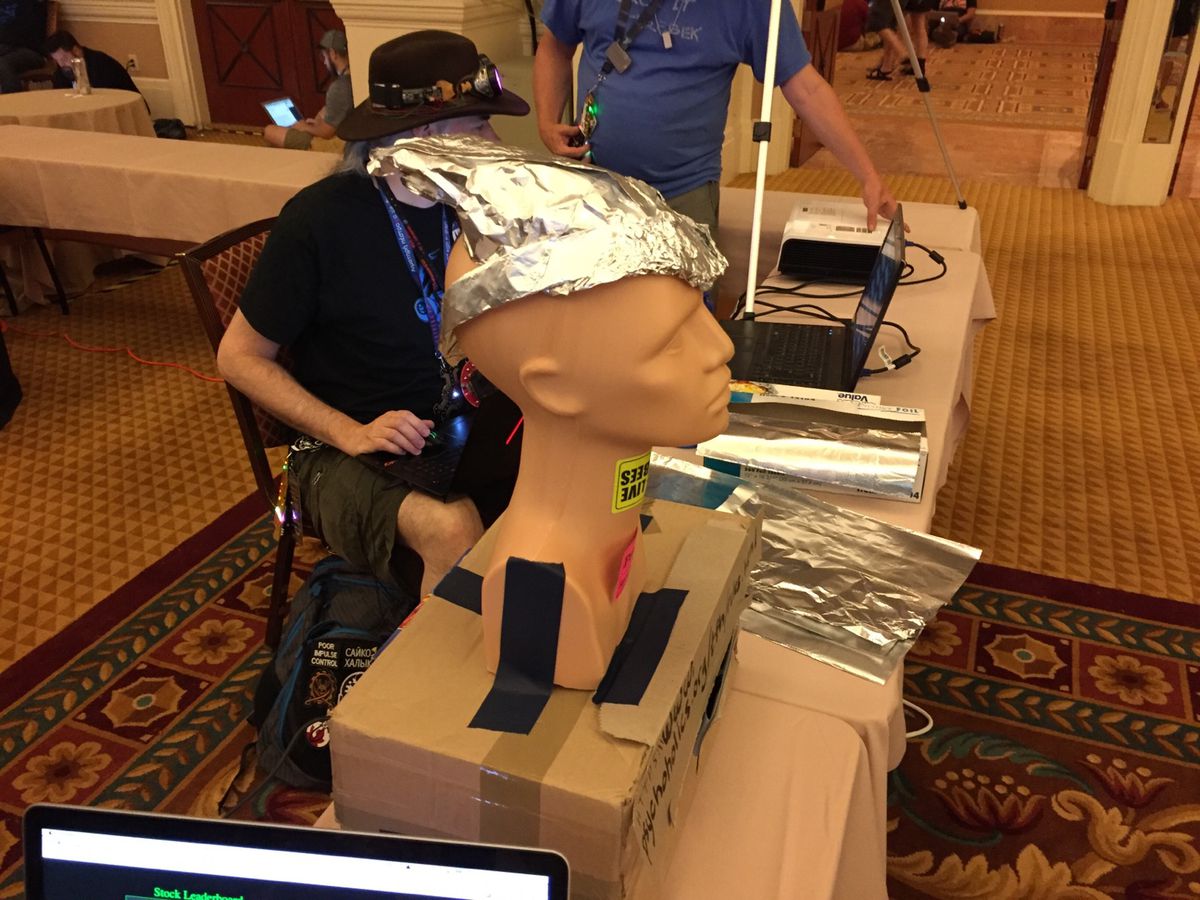 But, in some ways, that part of the contest is secondary. It’s really all about style — which, thankfully, the Tin Foil Hat Contest officially recognizes and encourages by having judges rate hats based on how fly they are (bribes are accepted and encouraged).

And yes, they are fly. 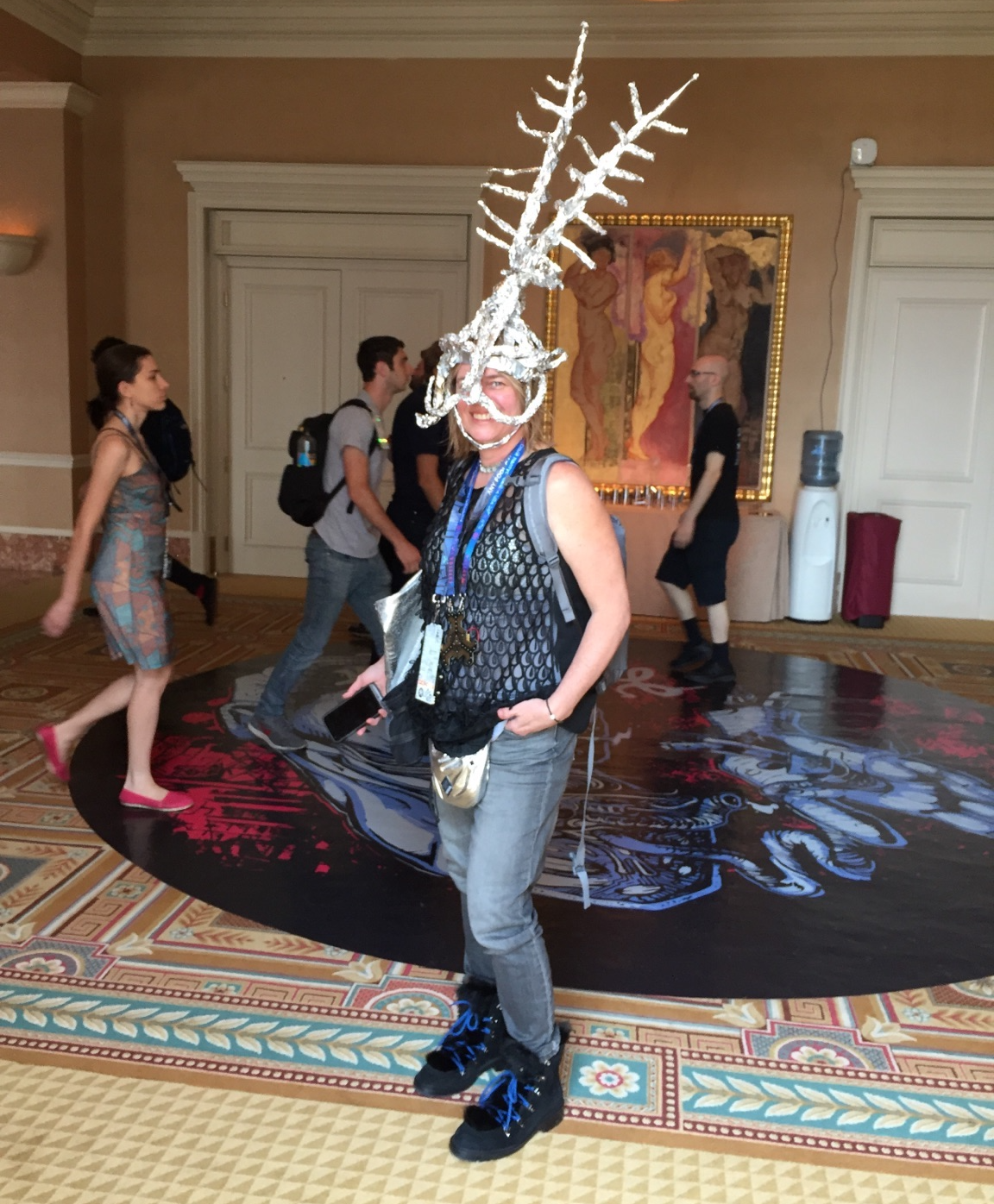 Luna Moth is free to fly and think free thoughts. 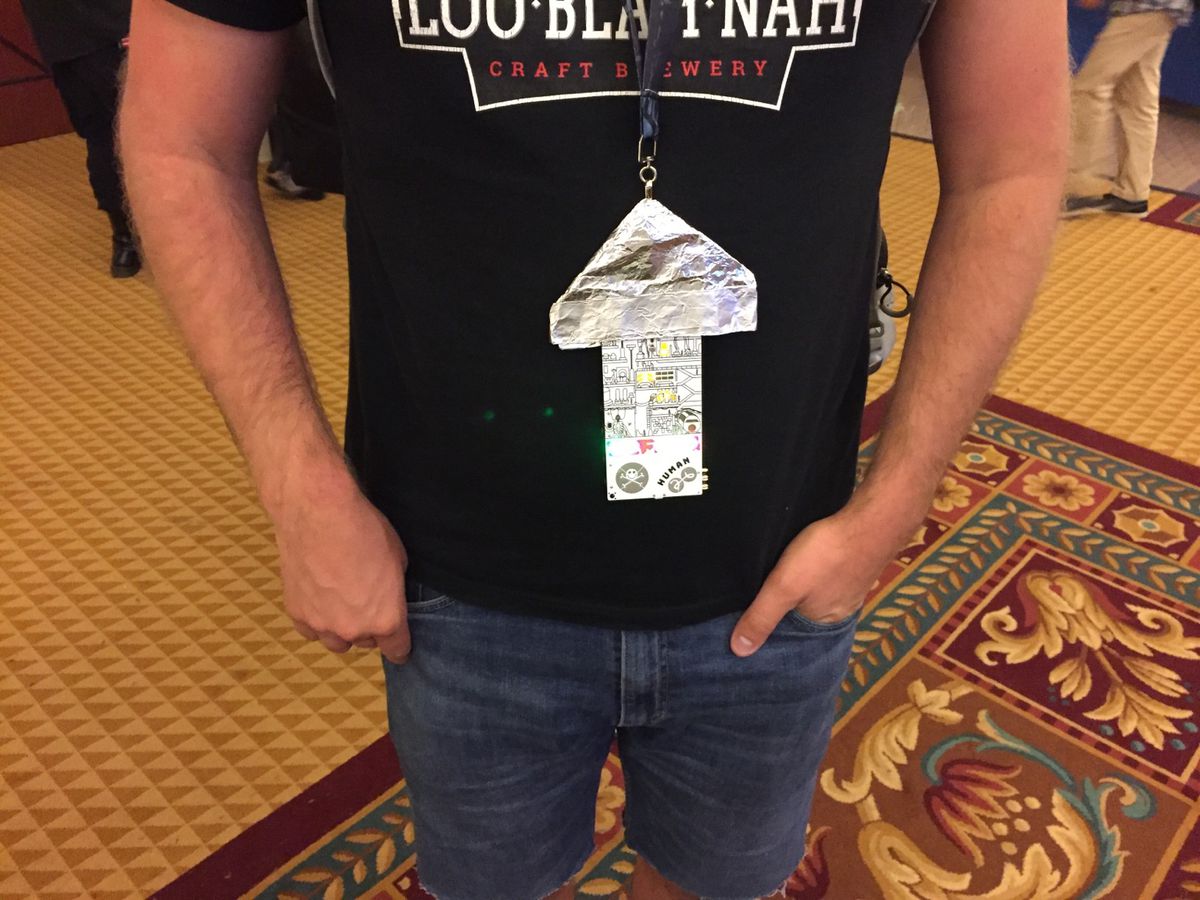 Don’t forget to protect your badge!

The entire thing is a welcome light-hearted change of pace from the frequently stress-inducing talks that tend to dominate DEF CON. It’s fun, relatively inexpensive to organize, and has a low barrier to entry.

And, as a plus, it might just keep the NSA out of your brain. 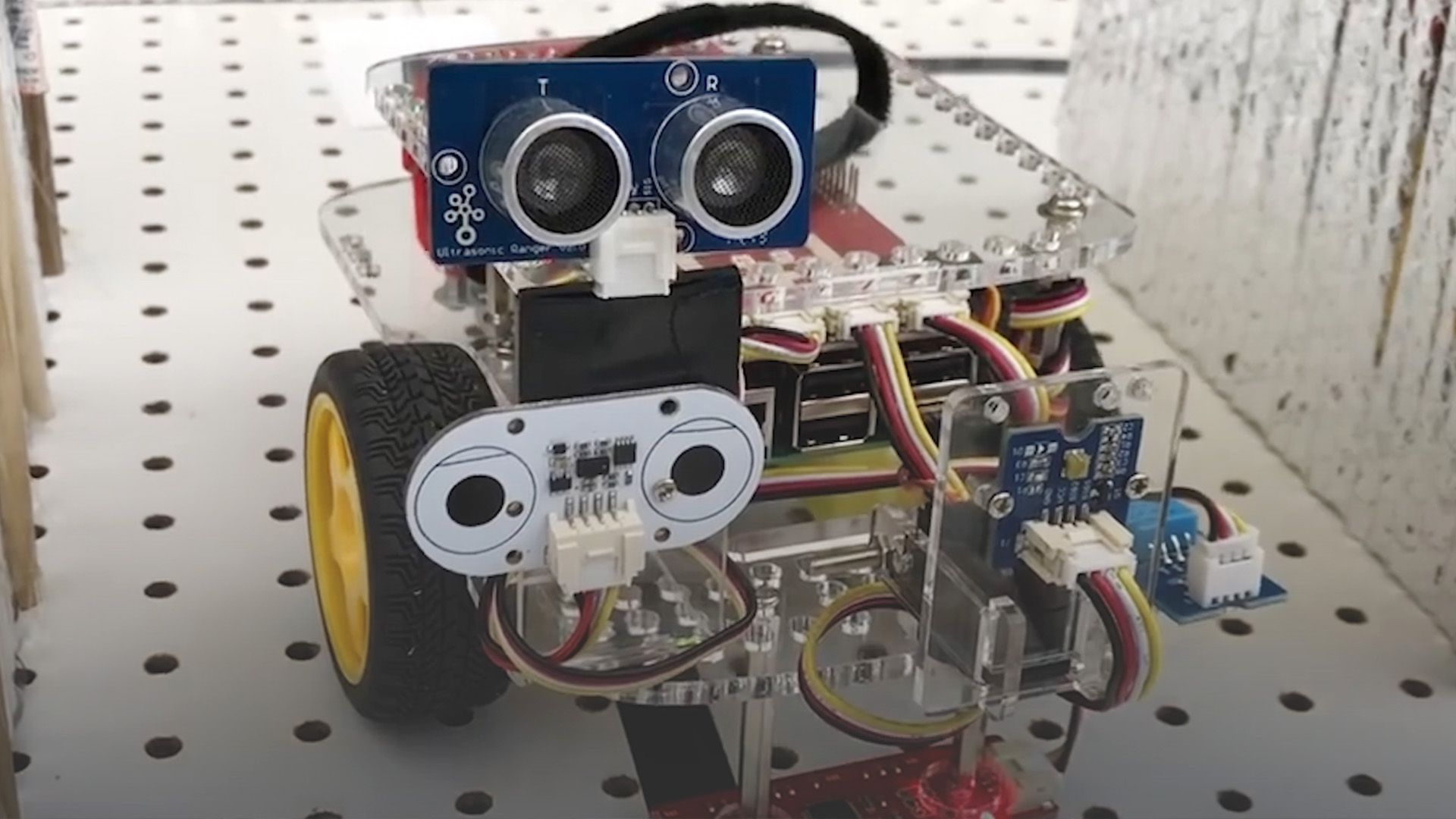