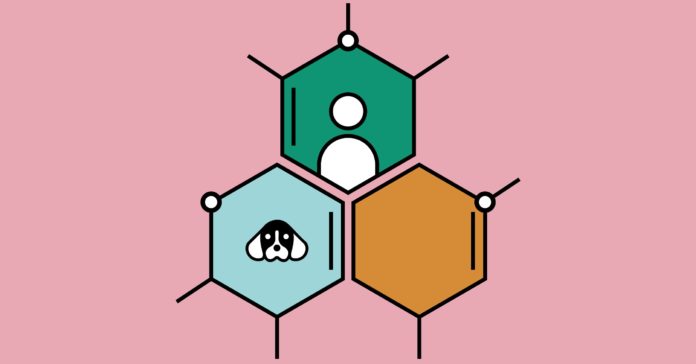 About ten years ago, British veterinarians discovered an unlucky family of King Charles Spaniels whose male pups sometimes came down with a mysterious set of maladies before their first birthday. They grew clumsy and weak, and they often choked on their own tongues. To blame was a mutation on their X chromosomes, in a gene that codes for a shock-absorbing muscle protein called dystrophin. When researchers at the Royal Veterinary College realized the puppers had a canine version of the most common fatal genetic disease in children—Duchenne muscular dystrophy—they began breeding the sick spaniels with beagles to start a canine colony in the hopes of one day finding a cure.

Today, scientists report they’ve halted the progression of the disease in some of those doggy descendants using the gene editing tool known as Crispr.

In a study published Thursday in Science, a team led by Eric Olson at the University of Texas Southwestern Medical Center used Crispr to successfully modify the DNA of four young dogs, reversing the molecular defect responsible for their muscle wasting disease. DMD isn’t an obvious candidate for Crispr’s find-and-replace function; the dystrophin gene is the largest in the human genome, and there are thousands of different mutations that can all result in the disease. But Olson found a way to target an error-prone hot spot on exon 51, which he figured could, with a single slice, benefit approximately 13 percent of DMD patients.

Building on previous work he had done to correct mutations in mice and human heart cells, Olson teamed up with vets at RVC to test the approach on their beagle colony. The researchers first packed the instructions for the Crispr gene-editing components into a virus with an affinity for muscle cells. Then they injected millions of copies of that virus into four one-month-old dogs—two got the shot directly in the lower leg, and two received an intravenous infusion. After eight weeks, Crispr had restored dystrophin levels in the second group to more than 50 percent of normal in the legs, and more than 90 percent in the heart.

Researchers estimate that restoring 15 percent of the normal levels of dystrophin in a patient would provide a significant, even curative benefit. “We’re certainly in that ballpark with these dogs,” says Olson, who didn’t know what to expect going into the study because no one had ever delivered Crispr body-wide in a large mammal before. His team prepared for the worst—anaphylaxis, liver toxicity, an inflammatory immune response—but in the end they saw no adverse effects. Instead they saw puppies who could play again. “They showed obvious signs of behavioral improvement—running, jumping—it was quite dramatic,” says Olson, who didn’t include those qualitative observations in the paper on account of the small sample size.

The breakthrough effort was backed, in part, by a startup called Exonics, which was cofounded in 2017 by Olson and patient advocacy group CureDuchenne. Headquartered in Cambridge, Exonics has licensed the gene editing technology developed by Olson’s lab and is moving it toward human trials, with the hopes of one day commercializing treatments. The young biotech company got its footing with $2 million from CureDuchenne’s venture arm, and it has since raised more than $40 million from The Column Group.

This approach—referred to as “venture philanthropy”—is part of a growing movement among rare disease foundations whose long-neglected patients have grown frustrated with the glacial pace of academic science, and are looking for new models to to more directly steer research and accelerate cures.

“In the last few years the rare disease community has really taken on this venture philanthropy strategy to get much-needed funding into research that’s typically avoided by big pharma,” says Alex Graddy-Reed, a health policy researcher at the University of Southern California. She says there’s evidence that nonprofits are emerging as an increasingly important player in funding biomedical research and development, especially for pumping early-stage capital into the gaps left by traditional funders.

“I think eventually it will be the standard,” says Debra Miller, the president and CEO of CureDuchenne, of venture philanthropy. “It’s the only way you can be a good steward of the donor dollars you collect.” The organization formally launched its venture arm in 2014, after a small Dutch firm that CureDuchenne had invested in was acquired by BioMarin Pharmaceuticals for $680 million. Between royalty agreements and stock cashouts, CureDuchenne has to date leveraged more than $1.3 billion in follow-on financing to fund new projects to help DMD patients, including the latest, Exonics.

Miller is hopeful that the dedicated company can test a Crispr-based cure faster than some of the bigger gene editing therapeutic firms. Both Editas and Crispr Therapeutics are investigating how their technologies might work for DMD, but they’re currently only in the discovery phase. “We talked with those companies, and they were interested, but it was clear it wasn’t going to be high on their list of priorities,” says Miller. And for good reason. Manufacturing enough viral delivery vehicles to inject Crispr into all the muscles in the human body is a daunting, and expensive endeavor.

It’s one that Exonics will have to figure out eventually, but not anytime soon. Even with the success Olson’s team has seen in this first test in dogs, there’s still a lot of work to be done. First up are a set of longer-term canine studies to test for safety, which Olson anticipates will be complete sometime in 2019. Only then could they start thinking about moving into human trials. “We just have to be really, really, really careful with this,” he says. “We don’t want to have any slip-ups from trying to move too quickly.”

Those kind of slip-ups can send a field back a decade or two, like it did with gene therapy in the 90s. Which is why researchers like Olson preach a very cautious optimism to patients, even as gene editing technologies and venture philanthropy models push forward potential rare disease cures faster than ever before.