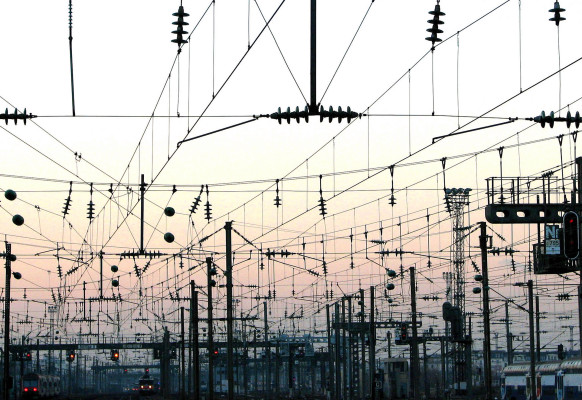 You can tell a lot about what’s going on in a home from how much electricity it’s using — especially when that information is collected every few minutes and recorded centrally. It’s revealing enough that a federal judge has ruled that people with smart meters have a reasonable expectation of privacy and as such law enforcement will require a warrant to acquire that data.

It may sound like a niche win in the fight for digital privacy, and in a way it is, but it’s still important. One of the risks we’ve assumed as consumers in adopting ubiquitous technology in forms like the so-called Internet of Things is that we are generating an immense amount of data we weren’t before, and that data is not always protected as it should be.

This case is a great example. Traditional spinning meters are read perhaps once a month by your local utility, and at that level of granularity there’s not much you can tell about a house or apartment other than whether perhaps someone has been living there and whether they have abnormally high electricity use — useful information if you were, say, looking for illicit pot growers with a farm in the basement.

Smart meters, on the other hand, send exact meter readings at short intervals, perhaps every 15 minutes, and these readings may be kept for years. With that much detail you could not only tell whether someone lives in a house, but whether they’re home, whether the fridge has been opened recently, what room they’re in, how often they do laundry, and so on. The fingerprints of individual devices on the house’s electrical network aren’t that difficult to figure out.

To be sure this can help the utility with load balancing, predicting demand and so on. But what if the government wants to do more with it, for example to establish whether someone was home at a certain time in a criminal investigation?

A group of concerned citizens sued the city of Naperville, Illinois, which mandated smart readers several years ago, alleging that collection of the data was unconstitutional as it amounted to an unreasonable search.

An earlier court decision essentially found that by voluntarily sharing electricity consumption data with a third party, residents surrendered their right to privacy. No privacy means it’s not a “search” to ask for the data.

But as the 7th Circuit pointed out in its ruling on appeal (hosted at the EFF), there isn’t really a third party: the city collects the data, and city authorities want to use the data. And even if there were, “a home occupant does not assume the risk of near constant monitoring by choosing to have electricity in her home.” So it is a search.

Collecting the data is not an unreasonable search, however, when it is done with no “prosecutorial intent,” the court ruled. That means that when the city is acting in its own interest as far as administrating and improving the electrical grid, it’s perfectly reasonable for them to collect this information without a warrant.

But should it be required for more than that, for instance in a criminal investigation, a warrant would certainly be required.

This distinction is important and not always observed. Systematic collection and analysis of metadata can produce remarkably detailed records of a person’s movements and habits, and it can be difficult to find and plug the holes by which that data pours out of protected containers like the Fourth Amendment.

Although it’s possible that this could be appealed up to the Supreme Court, it seems unlikely as this is not a major issue of free speech or government access. A warrant for electrical usage is rarely, one presumes, a matter of life or death, but could indeed be critical in a court battle — for which reason requiring a warrant is not an unreasonable requirement.

It seems more likely that the city of Naperville, and others in its position, will abide by this decision. That’s a win for your privacy and a foot in the door for other data collection practices like this one.

GizmoCrazed - January 3, 2019 0
Samsung always has a huge presence at CES, but it isn’t the giant TVs and flashy next-generation gadgets that have my attention this year;...