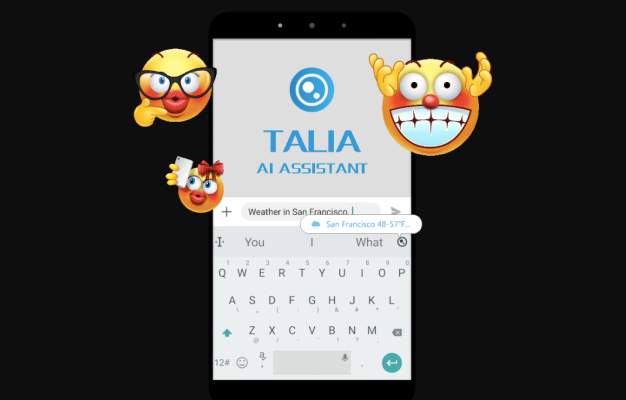 Cootek, the Chinese mobile internet company best known for keyboard app TouchPal, has filed for a public offering in the United States. In its F-1 form, submitted last week to the Securities and Exchange Commission, Cootek said it wants to raise up to $100 million.

The Shanghai-based company began operating in 2008, when TouchPal was launched, and incorporated as CooTek in March 2012. In its SEC filing, Cootek said it currently has 132 million daily active users, with average DAUs increasing 75% year-over-year as of June. It also said it achieved 453% total ad revenue growth in the six month period before June.

While AI-based TouchPal, which offers glide typing and predictive text, is Cootek’s most popular product, it also has 15 other apps in its portfolio, including fitness apps HiFit and ManFIT and a virtual assistant called Talia. The company uses its proprietary AI and big data technology to analyze language data collected from users and the Internet. Then it uses those insights to develop lifestyle, healthcare and entertainment apps. Together, those 15 apps reached an average of 22.2 million monthly average users and 7.3 million daily average users in June.

TouchPal itself had 125.4 million daily average users in June 2018, with active users launching the app an average of 72 times a day. It currently supports 110 languages.

Cootek plans to be listed under the ticker symbol CTK on the New York Stock Exchange and will use the IPO’s proceeds to grow its user base, invest in AI and natural language processing tech and improve advertising performance. The offering will be underwritten by underwritten by Credit Suisse, BofA Merrill Lync and Citi.