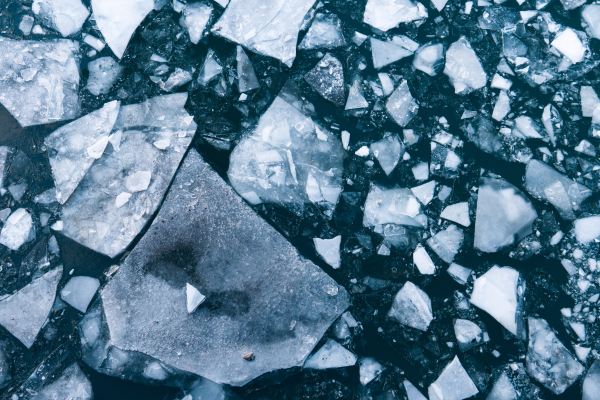 The removal of conspiracy enthusiast content by InfoWars brings us to an interesting and important point in the history of online discourse. The current form of Internet content distribution has made it a broadcast medium akin to television or radio. Apps distribute our cat pics, our workouts, and our YouTube rants to specific audiences of followers, audiences that were nearly impossible to monetize in the early days of the Internet but, thanks to gullible marketing managers, can be sold as influencer media.

The source of all of this came from Gen X’s deep love of authenticity. They formed a new vein of content that, after breeding DIY music and zines, begat blogging, and, ultimately, created an endless expanse of user generated content (UGC). In the “old days” of the Internet this Cluetrain-manifesto-waving post gatekeeper attitude served the slacker well. But this move from a few institutional voices into a scattered legion of micro-fandoms led us to where we are today: in a shithole of absolute confusion and disruption.

As I wrote a year ago, user generated content supplanted and all but destroyed “real news.” While much of what is published now is true in a journalistic sense, the ability for falsehood and conspiracy to masquerade as truth is the real problem and it is what caused a vacuum as old media slowed down and new media sped up. In this emptiness a number of parasitic organisms sprung up including sites like Gizmodo and TechCrunch, micro-celebrity systems like Instagram and Vine, and sites catering to a different consumer, sites like InfoWars and Stormfront. It should be noted that InfoWars has been spouting its deepstate meanderings since 1999 and Alex Jones himself was a gravelly-voice radio star as early as 1996. The Internet allowed any number of niche content services to juke around the gatekeepers of propriety and give folks like Jones and, arguably, TechCrunch founder Mike Arrington, Gawker founder Nick Denton, and countless members of the “Internet-famous club,” deep influence over the last decades media landscape.

The last twenty years have been good for UGC. You could get rich making it, get informed reading it, and its traditions and habits began redefining how news-gathering operated. There is no longer just a wall between advertising and editorial. There is also a wall between editorial and the myriad bloggers who write about poop on Mt. Everest. In this sort of world we readers find ourselves at a distinct loss. What is true? What is entertainment? When the Internet is made flesh in the form of Pizzagate shootings and Unite the Right Marches, who is to blame?

The simple answer? We are to blame. We are to blame because we scrolled endlessly past bad news to get to the news that was applicable to us. We trained robots to spoon feed us our opinions and then force feed us associated content. We allowed ourselves to enter into a pact with a devil so invisible and pernicious that it easily convinced the most confused among us to mobilize against Quixotic causes and immobilized the smartest among us who were lulled into a Soma-like sleep of liking, sharing, and smileys. And now a new reckoning is coming. We have come full circle.

Once upon a time old gatekeepers were careful to let only carefully controlled views and opinions out over the airwaves. The medium was so immediate that in the 1940s broadcasters forbade the transmission of recordings and instead forced broadcasters to offer only live events. This was wonderful if you had the time to mic a children’s choir at Christmas but this rigidity was bed for a reporter’s health. Take William Shirer and Edward R. Murrow’s complaints about being unable to record and play back bombing raids in Nazi-held territories – their chafing at old ideas are almost palpable to modern bloggers.

There were other handicaps to the ban on recording that hampered us in taking full advantage of this new medium in journalism. On any given day there might be several developments, each of which could have been recorded as it happened and then put together and edited for the evening broadcast. In Berlin, for example, there might be a bellicose proclamation, troop movements through the capital, sensational headlines in the newspapers, a protest by an angry ambassador, a fiery speech by Hitler, Goring or Goebbels threatening Nazi Germany’s next victim—all in the course of the day. We could have recorded them at the moment they happened and put them together for a report in depth at the end of the day. Newspapers could not do this. Only radio could. But [CBS President] Paley forbade it.

Murrow and I tried to point out to him that the ban on recording was not only hampering our efforts to cover the crisis in Europe but would make it impossible to really cover the war, if war came. In order to broadcast live, we had to have a telephone line leading from our mike to a shortwave transmitter. You could not follow an advancing or retreating army dragging a telephone line along with you. You could not get your mike close enough to a battle to cover the sounds of combat. With a compact little recorder you could get into the thick of it and capture the awesome sounds of war.

And so now instead of CBS and the Censorship Bureau we have Facebook and Twitter. Instead of calling for the ability to record and playback an event we want permission to offer our own slants on events, no matter how far removed we are from the action. Instead of working diligently to spread only the truth, we consume the truth as others know it. And that’s what we are now chafing against: the commercialization and professionalization of user generated content.

Every medium goes through this confusion. From Penny Dreadfuls to Pall Mall sponsoring nearly every single new television show in the 1940s, media has grown, entered a disruptive phase that changes all media around it, and is then curtailed into boredom and commoditization. It is important to remember that we are in the era of Peak TV not because we all have more time to watch 20 hours of Breaking Bad. We are in Peak TV because we have gotten so good at making good shows – and the average consumer is ravenous for new content – that there is no financial reason not to take a flyer on a miniseries. In short, it’s gotten boring to make good TV.

And so we are now entering the latest stage of Internet content, the blowback. This blowback is not coming from governments. Trump, for his part, sees something wrong but cannot or will not verbalize it past the idea of “Fake News”. There is absolutely a Fake News problem but it is not what he thinks it is. Instead, the Fake News problem is rooted in the idea that all content deserves equal respect. My Medium post is as good as a CNN which is as good as an InfoWars screed about pedophiles on Mars. In a world defined by free speech then all speech is protected. Until, of course, it affects the bottom line of the company hosting it.

So Facebook and Twitter are walking a thin line. They want to remain true to the ancillary GenX credo that can be best described as “garbage in, garbage out” but many of its readers have taken that deeply open invitation to share their lives far too openly. These platforms have come to define personalities. They have come to define news cycles. They have driven men and women into hiding and they have given the trolls weapons they never had before, including the ability to destroy media organizations at will. They don’t want to censor but now that they have shareholders then they simply must.

So get ready for the next wave of media. And the next. And the next. As it gets more and more boring to visit Facebook I foresee a few other rising and falling media outlets based on new media – perhaps through VR or video – that will knock social media out of the way. And wait for more wholesale destruction of UGC creators new and old as monetization becomes more important than “truth.”

I am not here to weep for InfoWars. I think it’s garbage. I’m here to tell you that InfoWars is the latest in a long line of disrupted modes of distribution that began with the printing press and will end god knows where. There are no chilling effects here, just changes. And we’d best get used to them.

How Ditching My Smartphone Let Me Recharge and Reconnect

This Birdlike Robot Uses Thrusters to Float on Two Legs

Get A Glassy Blurry Background Effect For Your Notification Center [Cydia...